As all the borders have been sealed to stop any kind of movement to halt the spreading virus, last week Punjab administration won rounds of applause from Kashmir when they escorted three differently-abled Kashmiri youth to their homes. The trio from south Kashmir was in Mohali for their three-month skill development programme under the Pradhan Mantri Kaushal Vikas Yojana at the Mentor Skills India LLP. They, with hearing and speech impairment, were driven home in a special vehicle provided by the Punjab government for a drop till South Kashmir’s Anantnag district. Besides, the Punjab government is helping around 550 students from Jammu and Kashmir to return home in a phased manner.

As the lockdown enters into the third phase, many people were stuck outside their homes and couldn’t manage to get back. A few blue-eyed, however, broke all barriers to reach home. They even avoided revealing their travel history. One such incident proved deadly when at least eleven of his contacts tested positive with over fifty people sent to quarantine. He was identified as Majid Shuloo, a resident of Narwara in downtown Srinagar, brother of an SMC corporater, who hid his travel history and was found roaming in his locality. It was on basis of the complaints of his neighbours that the administration sent his swabs for the test. He turned positive. Soon after his family was sent in quarantine but the damage was already done. His brother, with whom he was living, was continuously going to his job and was part of various sanitisation drives as well. So far eleven of his close contacts have tested positive and at least 50 SMC employees have been sent in quarantine including the Mayor and deputy mayor of the city. Finally, an FIR has been registered against the “elected” corporator and his brother.

Sealing of borders is the first things that nations do in pandemics. The lower worker class usually gets hit by the measure. As the lockdown 3.0 was announced last week, it became a nightmare for labourers stranded in Jammu who wished to return their homes as they lacked food and money. At least 100 labourers, in three groups, who were working in Jammu, started their journey by foot to their hometown in Uttar Pradesh. But the local police at Trikuta Nagar stopped them and shifted them back to their rented accommodations. Reportedly they have been assured of necessary arrangements. The Jammu administration has said that there are around 75,000 migrant labourers in Jammu presently.

A Kathua resident, however, was not lucky enough to reach anywhere safely. His attempt to reach home proved deadly. After coming back from Punjab, he drowned while crossing a river to avoid police check-post at Lakhanpur. His body was recovered from River Ravi at Badia Pathar.

A delayed evacuation of nearly 30,000 Ladakhis stranded across India snowballed into a crisis. Disturbed with the “callous” approach of the UT administration in Leh, which is being monitored directly from New Delhi, Chering Dorjay, the Bharatiya Janata Party’s president for Ladakh resigned from his post and the primary membership of the party to protest the “utter failure of UT Administration Ladakh in evacuating passengers, patients, pilgrims and students stranded at different places throughout India.” He was also angry over the UT administration, which as per him, have rendered autonomous hill councils of Leh and Kargil completely ineffective by not allowing them to function as per the council Act.

When pandemic has put the life at a halt, last week some happy moments were reported from Udhampur where a couple tied their knots. This marriage will be remembered for many years as the couple Kanav Gupta, 31, and Simmi, abandoned their plans for a lavish wedding and decided to tie their knot in a local temple. After getting proper permission from the district administration the groom got his bride home on a motorcycle. The marriage ceremony took place at a local temple where four members of groom’s family were present who had come in their separate vehicles and the parents and two siblings of the bride were also present. Reportedly, all the people wore masks and maintained physical distancing during the marriage ceremony which was over in two hours.

However, a few unlucky grooms were seen waiting desperately at Lakhanpur post. They had come from Punjab to take their brides from Jammu. In wait, they lost their Shub Mahurat, even though they carried proper documents and movement pass. At least five grooms from Punjab were made to wait at Lakhanpur for their entry into J&K.

Even after completing nine months in detention, the administration last week extended the PSA of former chief minister Mehbooba Mufti, her maternal uncle Sartaj Madni and National Conference’s Ali Muhammad Sagar by three months. After the erstwhile state of Jammu and Kashmir was stripped of its special status all the unionist leaders were arrested including Mufti. She was initially put under preventive custody on August 5 and was later booked under the stringent PSA on February 6 by the Jammu and Kashmir Home department. As the pandemic stuck the whole world, she was shifted to her official residence on April 7, which has been declared as a subsidiary jail. Her daughter Iltija Mufti has moved a habeas corpus petition before the Supreme Court in February challenging her mother’s detention. A three-judge bench had issued a notice to the Jammu and Kashmir administration seeking its response on the plea and posted the matter for March 18. However, the petition was not taken up for hearing due to Coronavirus outbreak. Other than her, Dr Shah Faesal, IAS turned politician, who had just launched his political career, PDP Naeem Akhtar, also continues to be in jail.

The death of one more Covid-19 positive patient, identified as Asif Mir, 32, a resident of Hawal (Srinagar), must have given goosebumps to the doctors, other staff, patients and their attendants at the Super Speciality Hospital at Shireen Bagh. The hospital, where routine surgeries were listed until last week, came to a halt when an admitted patient tested positive for the coronavirus. A resident of Anantnag, she was scheduled for surgery. The patient had shared a common ward with at least eleven patients and their attendants. Her attendant, a resident from Poonch has also tested positive for the virus. As around 60 samples were taken from this hospital, two of the senior doctors have also tested positive. Other than these doctors, eight more patients have tested positive, two from SMHS and six from Bone and Joint Hospital.

Mir, who had no travel history, was attending his father admitted in the gastroenterology ward since April 25. He died within hours at SMHS hospital after he developed cytokine storm, an immune system response wherein the body starts to attack its own cells and tissues rather than just fighting off the virus. This reaction has threatened the doctors who are at the forefront of treating Covid-19 patients. His father has tested negative twice for the virus. 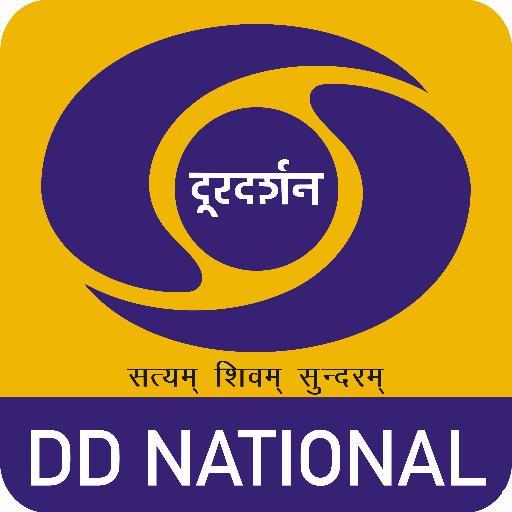 The government has directed its public broadcasters, DD and All India radio to include the daily weather bulletins of Mirpur, Muzaffarabad and Gilgit in Northern Areas in their daily broadcasts along with other places in the country. The decision coincided with Delhi’s protest over the order of Pakistan’s top court that provided for setting up a caretaker administration in Gilgit-Baltistan to hold fresh elections. India claims the whole of the erstwhile state of Jammu and Kashmir, including the Gilgit-Baltistan region, which was given near-provincial status by the Pakistan government in 2009.