Days after the killing of Puran Krishan Bhat, a Kashmiri Pandit, in Chaudrigund, two more non-local labourers, Manish Kumar and Ram Sagar – both from UP, were killed in a grenade attack in Herman area. Jammu and Kashmir Police arrested a ‘hybrid militant’, Imran Bashir Bhat, 24, in the latter twin killings. However, a day later police said Bhat was killed by a militant who fired at the police party when he (Bhat) had taken them to the hideout. The police said that Bhat had agreed to disclose the hideouts of his cohorts, and was leading the search operation when he was killed. This led the political class to seek a probe in the killing. The killing in custody,  Ms Mufti said defies logic. “If militants can kill someone in the custody of police with such ease, it goes on to show what could be the fate of ordinary people,” she told reporters later.

After the entitlement to an official accommodation for the former Chief Ministers in Jammu and Kashmir was ended, Mehbooba Mufti was served an eviction notice by the Estate Department asking her to move out from her Fairview Residence wherefrom she operates since 2005. Mufti was given seven days’ time to respond to the notice. The government, however, stated that they are willing to provide alternate accommodation to Mufti. Earlier, another former chief minister Omar Abdullah was asked to move out of his official residence. The government of India amended the erstwhile state law in 2020 to end the entitlement to former chief ministers. While Mufti said that she would move out of the official accommodation, the Peoples Alliance for Gupkar Declaration’s spokesperson Muhammad Yusuf Tarigami asked the government to reconsider the eviction notice.

Till September, 30 persons have been slapped with Public Safety Act (PSAs) for drug trafficking in Srinagar while 222 more were detained under stringent laws along with lodging of 132 FIRs.

An error in a Bihar school board’s question paper prompted it to issue clarification when it mentioned Kashmir as a separate country. The erroneous question that created a controversy asked what the people of the country of Kashmir were called. The question appeared in the seventh standard examination. Terming it a human error, the board clarified that the question actually was “What are the people of Kashmir called?”

Nearly, 90 percent of flowers in Kashmir valley are brought from Mandis across the country with the government planning to increase the flower growing under controlled temperatures in the valley.

Amid the autumn season, Kashmir witnessed snowfall in higher altitudes areas leading to the closure of some mountain passes. Netizens started uploading videos and photos from popular tourist destinations including Pahalgam, Gulmarg and Sonamarg. In Srinagar, it seemed the snow was more in the virtual world than the real one. This year, the government has claimed that Kashmir has already had 1.62 crore tourist footfall, which is expected to increase with early snow. In part of south Kashmir, the early snowfall did impact the apple picking but the losses were not huge.

Surpassing 2013’s Dengue toll, Jammu and Kashmir, this year, has recorded 3600 odd mosquito-borne viral Dengue cases. Five deaths have also been reported so far. Of 3617 cases, 90 per cent which is 3,093 cases are from the Jammu district only. Caused by the bite of female mosquitoes, doctors state the infection causes flu-like symptoms including high fever, severe headache, pain behind the eyes, nausea, vomiting, swollen glands, rashes, and muscle and joint pain. As per official figures, 126 cases have been witnessed in Samba, 55 in Kathua, 107 in Udhampur, 61 in Reasi, 32 in Rajouri, 21 in Poonch, 76 in Doda, 24 in Ramban, eight in Kishtwar and five in Kashmir valley.

The J&K government has rechristened Chief Minister’s Vigilance Medal to Jammu and Kashmir Government Vigilance Medal. The new medal would also have the national emblem embedded in it. Earlier, the Jammu & Kashmir administration had replaced the words “Sher-i-Kashmir Sheikh Mohammad Abdullah” embossed on one side of the police medal for gallantry and meritorious service with the “national emblem of the government of India”.

The Jammu and Kashmir Government has expanded the social caste list by including 15 new classes to it. The move comes two weeks after the assurance by Union Home Minister Amit Shah that the Pahari community would be included in the Scheduled Tribe category after the administrative exercise on the G D Sharma report is completed. Currently, the social castes have four per cent reservation in government jobs. The new classes added are Waghey (Chopan), Ghirath/Bhati/Chang community, Jat community, Saini community, Markabans/PonyWalas, Sochi community, Christian Biradari (converted from Hindu Valmiki), Sunar/Swarankar Teeli (Hindu Teeli along with already existing Muslim Teli), Perna/Kouro(Kaurav), Bojru/Decount/Dubdabay Brahmin Gorkans, Gorkhas, West Pakistani refugees (excluding SCs) and Acharyas. The social caste list has been redrawn on the recommendations of the Jammu and Kashmir Socially and Educationally Backward Classes Commission which was constituted by the J&K Government in 2020.

Bharatiya Janata Party’s Rajinder Sharma was elected the new Mayor of Jammu Municipal Corporation (JMC) weeks after Chander Mohan Gupta stepped down from the post a year ahead of the municipal elections in Jammu and Kashmir. Sharma defeated Congress’ Dwarka Nath Choudhary, who got only one vote as his party had boycotted the election. BJPS’s Baldev Singh was elected deputy mayor. The strength of BJP corporators in the corporation is 44 while Congress has 13 corporators. BJP won the civic body during the Urban Local Bodies elections which were held in four phases in 2018 after a gap of 13 years.

The Central Bureau of Investigation arrested a Commandant (Medical), Border Security Force, posted at Paloura, Jammu in an ongoing investigation in the case related to the Police Sub Inspector recruitment scam in Jammu and Kashmir. The accused Dr Karnial Singh is part of the group of 33 other accused who have been mentioned in FIRs. CBI had earlier arrested eight accused including a constable of J&K Police, a CRPF personnel and a government teacher. 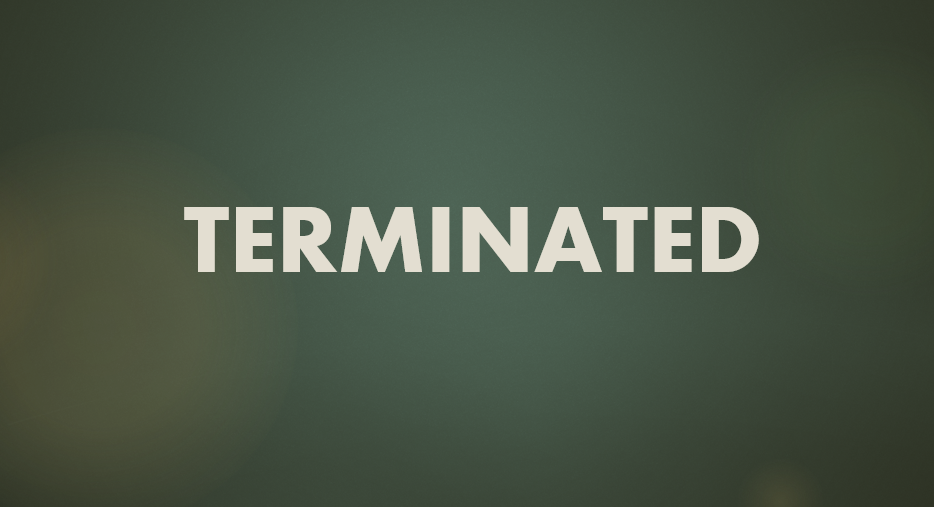 The Directorate of School Education Kashmir (DSEK) terminated a government teacher in north Kashmir’s Baramulla district for producing fake and forged class 10th certificate to get the government job. As per the DSEK, Neelofar Manzoor daughter of Manzoor Ahmad of Rohama was engaged as an Education Volunteer in 2005 on the basis of her 10th standard certificate by Zonal Education Officer Rohama in district Baramulla. She submitted 12th pass certificate in 2011 which converted her to a Rehbar-e-Taleem teacher in 2018. Later, the Chief Education Officer Baramulla submitted her case to DESK for regularisation where her 10th class examination through JKBOSE during the 2000 session was found to be fake.

As Kashmir’s apple cart is facing huge stress in transportation, the Divisional Commissioner Kashmir P K Pole said that the smooth passage of fruit-laden trucks along the Srinagar-Jammu National Highway has been hampered by the bumper crop this year. In the Langate area of Kupwara district, Pole said the apple crop usually remained between 17 to 18 lakh tonnes, however, this year it crossed 21 lakh metric tonnes. He said due to the bumper crop this year, the fruit-laden trucks faced some difficulties on Srinagar-Jammu National Highway as people harvested the apple here in bulk.

With the T-20 Cricket World Cup going on, Kashmir’s bats will enter the arena with a Sangam-based GR8 Sports Kashmir factory providing batts to players from Afghanistan, Bangladesh, Sri Lanka and South Africa. About 90 per cent of bats in India are made of Kashmir willow with the Sangam area in south Kashmir housing the major bat factories in Jammu and Kashmir. In the 19th Century, Walter Lawrence started large-scale willow plantations in the Valley.

Shiromani Akali Dal (Amritsar) chief Simranjit Singh Mann has moved to Jammu and Kashmir court to challenge the administration’s order denying him entry into Jammu and Kashmir. Mann has been sitting on a protest in Lakhanpur for three consecutive nights against the administration’s decision. The Sangrur MP’s entry was formally banned by Kathua District Magistrate saying the visit was likely to cause “disturbance in public tranquillity”.

Authorities prevented photojournalist, Sana Irshad Mattoo from flying to the US to receive Pulitzer Prize. This was a departure from the earlier similar case in which three AP photojournalists were permitted to receive their Pulitzers. “We are aware of the reports of Ms Mattoo being prevented from travelling to the US and are tracking these developments closely,” State Department Deputy Spokesperson Vedant Patel told reporters. “We are committed to supporting press freedom. And as the secretary has noted, a shared commitment to democratic values, including the respect for the independence of the press, is a bedrock of the US-India relationship.” Denial to Mattoo’s travel has been widely condemned by media groups within and outside India.

“I was stopped at immigration at Delhi airport and barred from travelling internationally despite holding a valid US visa and ticket,” Mattoo tweeted, adding it was the second time this year that she was denied travelling outside India. “We are disappointed that Sanna Irshad Mattoo, a contributor to Reuters, has not been allowed to travel to the United States to receive her Pulitzer Prize in New York alongside her peers,” a Reuters spokesperson was quoted saying by the Voice of America. “We believe that journalists should be able to travel freely.” She bagged the prestigious award with three other Reuters journalists including Danish Siddiqui who was killed in Afghanistan in July 2021.