Right now, Jammu has taken a lead in the Coronavirus cases in comparison to Kashmir. Of 16413 positive cases, 95550 are in Jammu. The spike has triggered a massive pressure on the health infrastructure in Jammu. Last week, two Kishtwar sisters, both Covid-19 positive, failed to get beds in the hospitals. They hired an ambulance to reach Srinagar for health care. Unfortunately, the ambulance met a devastating road accident near Qazigund and both the sisters were killed. Right now, Jammu and Kashmir has crossed 1200 mark in deaths – almost 850 of them in Kashmir alone. In absence of a vaccine and the winters approaching fast, Kashmir is inching towards a serious health crisis despite a lot of lockdowns in the summer.

On the birth anniversary of Mahatma Gandhi, the Jammu and Kashmir administration started the third phase of Back to Village programme. Under the B2V3, almost 4000 Gazetted officers will be visiting Panchayat and spending time with people to understand their issues and try to solve them. Lt Governor, Manoj Sinha administered the Swachhta Pledge to the Officers, Officials and Staff members of the Raj Bhavan and the Civil Secretariat. It is a resolve to cherish and reinvigorate the ideals propounded by Gandhi, one of which was his love and emphasis on cleanliness.

Kashmir will like the Sunrisers Hyderabad to shine because they have a Kashmiri right-hand batsman, Abdul Samad playing for them. Known for his power-hitting prowess, this Samad’s first run in the IPL. Member of Jammu and Kashmir cricket team, Samad has been scorer of the highest number of sixes in the last Ranji Trophy. A resident of Kalakot in Rajouri, Samad faced seven balls and scored 12 runs in his debut match with a strike rate of 171. 43. His performance was better summarised by the commentator: “Has he got it? The youngster from Kashmir has got hold of it and it has got back to Kashmir. Booom!” But, wait. Let him have his second match. By the way, he is the fourth Kashmiri who was taken to the IPL. His three predecessors were not continued by the teams. Manzoor Dar, Rasikh Salam and Parvez Rasool are the other three cricketers from Jammu and Kashmir to have been a part of IPL. While Salam got a game of Mumbai Indians, Rasool was a regular feature of the Pune Warriors India franchise. Dar, part of KXIP, never got a game.

In order to help the artisans face the economic downturn, the Jammu and Kashmir administration announced a new Credit Card Scheme that subsumes the earlier version of the scheme and doubles the loan slab to two lakh rupees with interest subsidy of 7 per cent for five years. The objective is to provide adequate and timely assistance to artisans so that they meet the credit requirement of both investment needs as well as working capital in a flexible and cost-effective manner. The government wants to extend the scheme to 5000 artisans – 4000 in handicrafts and 1000 in the handloom sector. However, insiders in the handicraft sector said that the move is aimed at reviving the manufacture but the lack of market will add to their indebtedness. The only way-out was to purchase the existing inventory by the government so that it would trigger demand.

Finance Ministry’s Public Investment Board (PIB) has recommended that the 850 MW Ratle power project be developed through a Joint Venture company (JVC) between the JK Power Development Corporation (JKPDC) and the National Hydroelectric Power Corporation (NHPC). It has approved an investment of Rs 5281.94 crore for the project including an Infusion of Equity of Rs 808.14 crore by NHPC in the JV. JKPDC’s equity of Rs 776.44 crore will be reimbursed by the Government of India as a grant. The Chenab basin project was earlier awarded to a Hyderabad based infra company on tariff-based bidding. However, the company deserted the project. Under the new scheme, the project will be completed within 36 months as all the mandatory clearances are already issued. The JV was already signed on February 3, 2019, and the company was named Jammu Hydroelectric Power Corporation Limited.

Finally, the police have decided to exhume the bodies of the three unfortunate victims of the Shopain fake encounter and hand them over to families for a decent burial. The development came days after the DNA fingerprinting tests revealed the trio were members of the Rajouri families. At the same time, police investigations have started showing some speed. Police have arrested two civilians from Shopian for being involved in the conspiracy. Both of them are accused to be informers who were working for the particular army unit. The police are also holding a third person who is still being investigated. Media reports indicate that the preliminary police investigations indicate four soldiers suspected to be involved in the murders. These include an officer. The “encounter” had led to some “recoveries”, the investigations will now offer some idea about who “contributed” the weapons and wherefrom these were sourced. The police investigation runs parallel to the Court Martial proceedings that army initiated in August.

A poster splashed many walls in the Kakpora belt. It named names and literally delivered the verdict. The panic attracted the attention of the police. After investigations, they caught hold of a private school teacher. Police said they acted on a complaint by Gundipora residents. “The posters depicting threat message to some youth including few girl students besides, their involvement in adultery/prostitution and informers of security forces,” the police said, “The posters thereby created fear psychosis among the general public especially those who have been given life threat.” Police said they have a registered a formal case against Muzamil Ahmad Dar, also a resident of the same village. They say the posters were the outcome of his personal enmity with people. 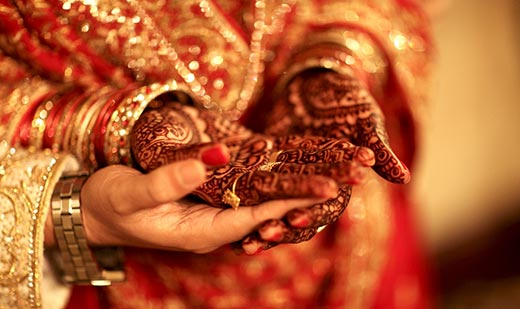 It obviously was not an auspicious start for a new life. Last week, the police booked a groom for violating the orders banning the use of firecrackers in Srinagar. Apparently, when Bilal Ahmad Shah son of Ghulam Mohiuddin, a resident of Reck (a Kashmiri words meaning bird droppings) Chowk, Batmaloo got his bride home, a lot of firecrackers triggered the panic in the sensitive area. Police immediately registered a case. This, however, is not the first such case. Earlier, a Solina family also had a police case registered against them related to their marriage. 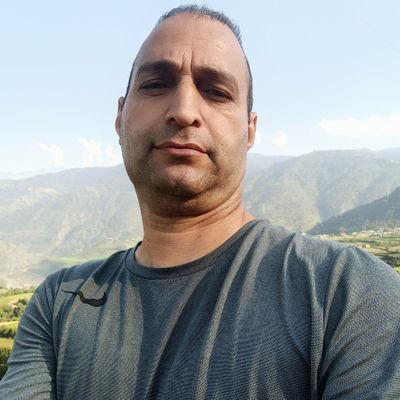 The police are so sensitive to what people write on the social media that in Srinagar a journalist was humiliated and his phone broken. It triggered a serious debate about the dwindling state of freedom of speech. But Swarn Singh Kotwal, an SSP rank police officer, posted in Jammu, has been writing a lot on his twitter and police choose to ignore. Finally, when the Muslim Joint Action Committee in Jammu wrote a formal complaint to the police against the officer, giving details of his Islamophobic writing, Jammu and Kashmir is still waiting for the action. The officer, in the meanwhile, has made his handle private. Is there any action in line or Islam-hating is the new in-thing in governance? Let Cyber Cell decide.

After a long wait, Mehbooba Mufti went to the Supreme Court against her continued incarceration. After asking a number of uncomfortable questions, the court finally granted some more time to the government to explain the case and posted it for October 15. Mehbooba, a former Chief Minister, is being held under the Public Safety Act at her home. In its response, the government had made two interesting points. “It is submitted that considering the very peculiar geopolitical position of Jammu & Kashmir and Ladakh and its geographical proximity with the Islamic Republic of Pakistan, the concept of “public order” needs to be examined contextually,” the government said in its response to the main petition. The second point was the response specially mentioned the 10-A of the PSA.

The all-party initiative for the extension of the Sixth Schedule of the Constitution of India has finally yielded and decided not to boycott the LAHDC polls this month. The decision came after Home Minister, Amit Shah, gave the leaders a rare personal audience and assured them their issues will be addressed. The Leh leaders – not Kargil – have been seeking protection to their distinct identity, protection to their land and demography. They say the Sixth Schedule is the best way-out. In order to pressurise the Government of India in acceding to their demand, they had threatened to boycott the upcoming polls to the already disempowered LAHDC. Shah, however, convinced them. But the Kargil is not willing to be part of the demand. This is despite the fact that a Kashmir Shia leader went to Kargil and tried to convince the local leaders to be part of the Leh demand, which was refused, Kargil was status quo ante in Jammu and Kashmir.

Meanwhile, the UT administration in Leh has asked the employs to stay away from commenting on government affairs.