SRINAGAR: After three days of consecutive protests and shutdown, Kashmir has returned to normalcy on Wednesday. 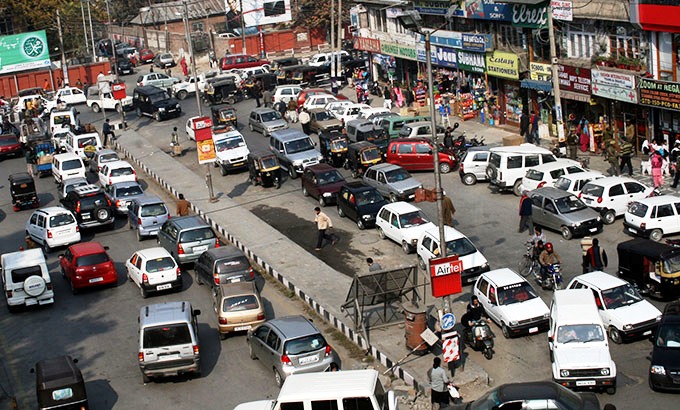 All the educational institutions, business establishments, transport and the entire services sector began functioning after the three days. Though the strike was for Sunday only when the elections for the central Kashmir Lok Sabha constituency were held but the eight killings and massive violence led separatists to extend the call by two more days.

Lal Chowk, the heart of Kashmir, was looking gloomy and quiet for the last three days. With massive passenger traffic moving around, it has returned back to noisy days of last Friday. Interestingly, the flea market that usually dots the streets during strikes were also absent for last three days.

Though the deployments have thinned in most of Srinagar, the repoll ordered at 38 places in Budgam has got the belt into sharp focus with more deployments. Repoll is slated for Thursday. Interestingly, the separatists have called for a day long strike on Thursday.

While almost everything came to normal, Railways has continued suspension of its services.