The signatures of wormholes are also found in the sacred scriptures. For instance, in chapter 70 verses 1 to 4 of the glorious Quran, it is said that the angels and the spirit ascend to Him in a day, the measure of which is fifty thousand years.

On earth, we generally understand that wormholes are dug in wood, nuts, timber, paper or metal by burrowing or gnawing worms, insects or larva. But in cosmos wormhole is an imaginary path or a tunnel between far-apart regions in space-time. None other than Albert Einstein himself proposed the wormhole idea.

It is a theoretical scheme of folding space-time so that we could shortly connect two places in space and then travel instantaneously between them. Logically, it would always take less time to join between two points on the fold of a metal sheet than when it is stretched. Since wormholes can connect two points in space-time, this means that these would in principle allow time travel.

Wormholes could be a reality as per Einstein’s general theory of relativity, which may connect two parts in the universe or two different universes, but nobody has ever spotted one. In the Penrose diagram, an object that travels faster than light is likely to cross the black hole and emerge from another end into a different space, time or universe. This is called an inter-universal wormhole.

Wormholes truly reflect Einstein’s famous assertion that “Not only is the universe stranger than we imagine, it is stranger than we can imagine.” Over the years many stories have been documented and many movies reeled to propound zipping between widely separated locales through these cosmic shortcuts.

While as black holes are a kind of dead-end beyond which we cannot explore; wormholes could be a bridge between two black holes. Hence these are also called as gravitational tunnels. Since the gravitational force is extremely powerful around black holes, these could be potentially good places to hunt for wormholes. A step-by-step tentative detection of wormholes can be attempted by looking at the slight and strange movement of the stars. One should expect deviations in the path of a star in its orbit if there is a wormhole there with a star on the other side in the vicinity of a black hole. It is not unlikely to make such observations if we reach such a level of sensitivity with our detection instruments in the next decade or two and keep monitoring appropriate stars near the known black holes. But even if wormholes are sensed, the excitement for time travel would still be far from the reality due to their inherent instabilities.

Wormholes are associated with a chance of sudden collapse since black holes on either end will always be attracting each other both through gravitational and electric forces and once they fall together we just get another single, big, neutral and altogether useless black hole. We, therefore, need some very exotic type of matter, which may or may not even exist in the universe, to stabilize a wormhole and keep it open and unchanging for longer amounts of time. In that case, what comes very handy is the concept of cosmic strings.

If the wormhole is threaded with a cosmic string and stretched out at both ends, then the tension in the strings prevent the black holes on the two ends from being attracted to each other, like two opposing tug-of-war teams, holding them back. Cosmic strings are much like cracks in the fabric of space-time. We are not sure if these exist, still, there is no reason that they can’t exist.

As long as we are logically consistent, we can always make wild speculations and that is one of the ways science has advanced in past and many times made giant leaps. It may seem highly impractical to look for wormholes but who knows this bizarre kind of a thing may eventually turn out to be central to our understanding of cosmos.

Electromagnetic theory was once considered an impractical subject but now it is fundamental to everyday life. Quantum theory had long been viewed as an arcane body of research, but it turned to be the soul and spirit for the intricate inner workings of modern technical devices. Black holes and wormholes are two wholly different classes of objects that emerged from the consequences of general relativity.

Over the past few decades, many mysterious objects in the sky were seen to have a strong candidature for black holes, which has also raised the hope of the existence of wormholes.

The signatures of wormholes are also found in the sacred scriptures. For instance, in chapter 70 verses 1 to 4 of the glorious Quran, it is said that the angels and the spirit ascend to Him in a day, the measure of which is fifty thousand years.

Wormholes are great fun for theoretical physicists, theologians, artists and writers and so far the most convincing solutions of Einstein’s field equations though no experimental evidence have turned up for them till date.

Why Black Holes Aren’t As Black As You May Assume?

However, this should not stop any budding fiction writer from playing with this scientific idea, as and when needed. It will be a huge excitement if humanity could one day zoom to remote corners of the universe through wormholes, as astronauts did in a recent film Interstellar.

This film shows some mysterious beings constructing a wormhole near Saturn, allowing a small band of pioneers, to journey far afield in search of a new home for humanity, whose existence on Earth is threatened by global crop failures. The current fiction on wormholes largely stems from the movie Contact, which features traversable wormholes. The novel written by Carl Sagan came out in 1985, while the movie was released in 1997. Wormholes can be a staple of science fiction for many more decades to come.

Who Are The 11 Nobel Prize 2020 Laureates And What They Have Done?

(The author teaches Physics at the Cluster University Srinagar. The opinions expressed in this article are those of the author’s and do not purport to reflect the opinions or views of Kashmir Life.) 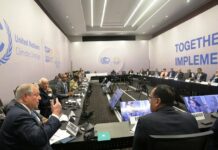