Using pigeons in sports and rearing birds for passion existed in Kashmir always. The lockdown triggered by the pandemic only helped it to go to the next level, reports Shakir Ashraf

Tajamul Islam, 23, resident of Nowgam (Srinagar), standing on the top of his double story building, which he has converted into a bid farm. He has a long plastic pipe in his hand and pokes the pigeons into the air. After a while Tajamul places his fingers between his lips, whistles, the multi-coloured pigeons return back to their coop.

In 2017, Tajamul saw a beautiful pair of pigeons at his friend’s home and it led him to adopt the birds. “Now it has become a bizarre passion for me,” Tajamul said. “I visit almost three times my farm to feed them and to see these beautiful pigeons,’’

The farm is a few steps away from his home. The double-storied farm is home to hundreds of birds. On the first floor, he has kept a diverse variety of birds but the second floor is exclusively for pigeons. It is home to almost 300 pigeons.

Inside the farm, there is a large box containing a huge amount of corn, maize and buckets filled with water. “It costs me almost Rs 15,000 to feed them every month,” said Tajamul. “Earlier people used to say that lower-class family adopts pigeons but now every class adopts, for fun, passion and some for racing.”

Pigeon as A Player

In Kashmir cricket, tournaments for football and volleyball are not only the only sports competitions. Pigeons tournaments are also held in various parts of Kashmir.

These bird competitions are organised in summer and are played with rules and regulations. The organiser takes notice of all the things.

“The difficult thing for fancier is to select the breed – which breed will compete because some fly for two hours and some three and some stay in the air for a longer time. So we have to cross such a breed which can compete and can win the tournament,” said Tajamul. The selected pigeons are trained to wake up at 5 am and have to return before 5 pm. “It takes a lot of time to train them.”

Before a competition, these pigeons are marked with different colours by the organiser so that every pigeon is recognized from the ground and there are no disputes.

“After the results are declared the golden ring is worn in the leg of the winning pigeon and people happily surround the winning bird. Some even give money to a pigeon which later on the fancier collects,” Tajamul said. “In case of racing, five to six fanciers invest money on their pigeons. The one who returns first wins and the winning fancier is given near about one lakh rupees.”

The pigeons in Kashmir are now mostly reared by youth. In Kashmir, some youth reared for it as a passion but now they have converted it into a business as well.

Junaid Ahmad, resident of Barbar Shah Srinagar, an eleventh grader has made a coop at the top of his newly constructed home, where he has kept various kinds of birds including pigeons.

Delhi. It was a new thing for us as before we had neither any animal nor a bird at home. Time passed and the birds became part of our family,” said Junaid.

Junaid’s day starts with the feeding of birds. It takes him almost half an hour to feed them. His parents remember that he was never an early riser and was lazy.

“I was always anxious for him as he would wake up late but after he adopted birds, he wakes early in the morning and spends most of his free time with his birds,” said Junaid’s father.

Junaid is now Srinagar’s major bird seller. By an average, he receives almost 8 to 10 orders in a day.

“In 2016, I saw people getting more interested in rearing birds, so I decided to start my own business. My parents didn’t like the idea but

I convinced them,” said Junaid. “We first started from Turkey and Kadaknath as they were more popular in Kashmir then. After that, we ordered different varieties of birds including pigeons from various states of India.”

After receiving a good number of customers, Junaid is now using the social media apps like Facebook and Instagram under the name ABU raas through which he is receiving orders and then delivers himself.

To his collection, he has America Silke, Dark Brahma, Buff Brahma, White Brahma, Aseel, Turkey, Kadaknath and a number of pigeon varieties including Mukhi, Cappuccino, Sherazi, Indian Fantail and American Fantail. The most costly bird Junaid has is Turkey which cost Rs 30,000.

To avoid birds from any kind of infection, Junaid gives them antibiotics every week.

Next to Junaid’s bed are two incubators in which he keeps eggs for hatching.

“We have bought two incubators as we are receiving a lot of orders and can’t always rely on orders from outside,” Junaid said. “So we keep eggs in incubators and after 21 days they hatch, then we handle these babies carefully till they are market-ready.”

The passion of rearing pigeons is not only in the city but across Kashmir. In Kupwara, Ayan’s parents are fed up with the passion of their son who rears a variety of pigeons.

To his collection, Ayan has long-tailed pigeons which include Check and Khatri. “We make friends in school but for the last three years we are in our homes, I don’t even remember when I went to school last time,” said Ayan. “But now these pigeons have become my friends.” 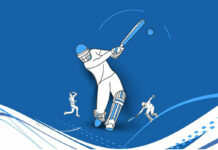 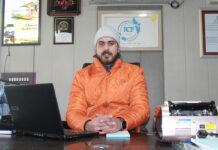 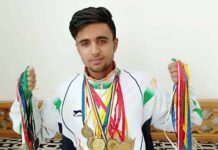