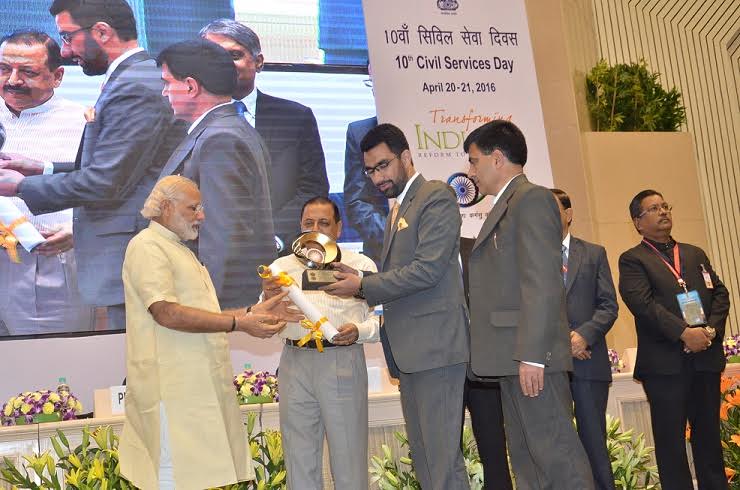 District Islamabad has been conferred Prime Minister’s award for excellence in implementation of Swachh Vidyalaya Scheme.

The award was given by the Prime Minister on the occasion of the 10th Civil Services Day-2016, commemorated at New Delhi on Thursday, an official spokesperson said this evening.

Deputy Commissioner, Dr Syed Abid Rasheed Shah, along with the Chief Education Officer, Islamabad Ghulam Rasool Shah received a cash prize of ten lac rupees along with a citation and a trophy.

Under the Scheme all schools in District Islamabad have been covered with toilet facility including separate toilets for girls.

The programme was taken up under the overall supervision of the District Administration by the Education Department who worked in the implementation of the programme. The Village Education Committees (VECs) were constituted which played an important part in community mobilization.

The participation of all relevant stake holders ensured that a sense of belongingness with regard to the School Education developed. The construction of toilets was monitored by a three tier mechanism which included the officials of the District Administration, Education Department and at the Zonal level.

In order to maintain transparency in such large scale construction activities, cross verification at the different levels was undertaken. The work done claims then went through social audit mechanism. Under the Scheme, the Heads of Institutions have to ensure good maintenance, up keep and cleanliness of these toilets.

The Deputy Commissioner after receiving the award profusely appreciated the efforts put in by the people of District Islamabad and said that the salient features of this success story have been community mobilization, awareness-cum-sensitization, formation of student committees and special cleanliness oriented programmes.