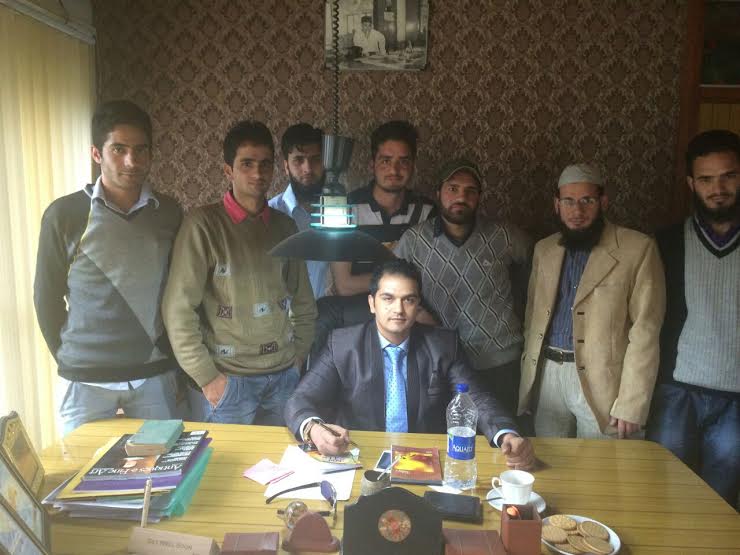 The organisation started its membership drive from their Gagribal Dalgate office today.

“The emphasis of the event was to select the office bearers for the district representation of the Research and Advocacy   group,” a statement issued by IBK said this evening. “In today’s function, people from Islamabad, Pulwama, Sopore, Kulgam, Bandipora, Srinagar, Baramulla and Shopian volunteered to be the members.”

The drive commenced under supervision of the IBK chairperson, Mehboob Makhdoomi, along with Director Operations Yasir Wani and Director R&D Er Anha Bhat.

“The event witnessed the people from varied age groups participating actively and wanting to be a part of this noble venture,” the statement added.

It is pertinent to mention that ‘Islamic Banking Kashmir’, an Awareness, Research and Advocacy group was launched on 16th January 2016 with an aim to facilitate the implementation of Islamic Finance in J&K.

The team extended their thanks to Dr Mubeen Shah, the Former President of Kashmir Chamber of Commerce and Industries (KCCI) for his cooperation, goodwill and unconditional support.

The team also thanked the people of Jammu and Kashmir for showing active interest in this endeavour of realizing the dream of having Interest-Free finance option in J&K.