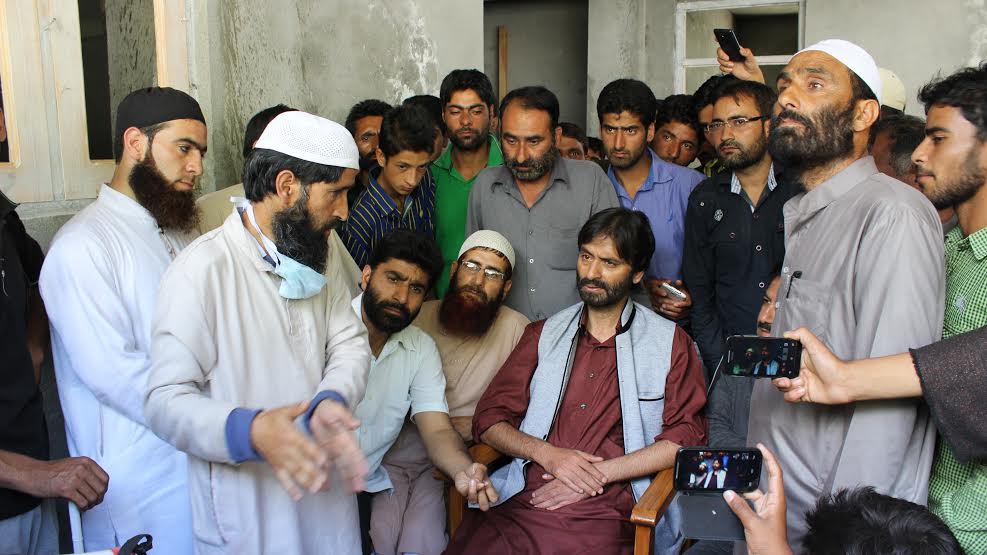 Chairman JKLF Muhammad Yasin Malik Saturday expressed his regret and anguish over the plight of victims of recent cloud burst at Kulan Gund in central Kashmir’s Ganderbal district which killed four people and destroyed about 4 dozen residential houses and thus has devastated dozens of families .

While distributing relief among the victims of the cloud burst, Malik said that providing relief to these affected brothers is our moral and religious duty, a party statement said.

While praying for the four people who lost their lives due to the cloud burst and also expressing solidarity with those who lost their houses and belongings, he said that JKLF will do everything possible for these victims. He said that stopping natural calamity is not in our hands but reaching out to the affected people, providing them necessary relief and trying to uplift them is our religious, national and moral duty.

“Malik was told that after the cloud burst, it is only local youth and elders who voluntarily helped the affected people. People said that so-called government has only provided some kilograms of rice to the affected and has done nothing without this till date.  The magnitude of the natural calamity was such that besides devastating more than 40 residential houses, it totally wiped out the local graveyard,” the statement said.

Meanwhile, Yasin Malik has expressed his grief over the recent cloudburst at Baltal in which many have lost their lives and many more are missing. Expressing solidarity with the bereaved and affected families, Malik expressed regrets on the natural calamity.