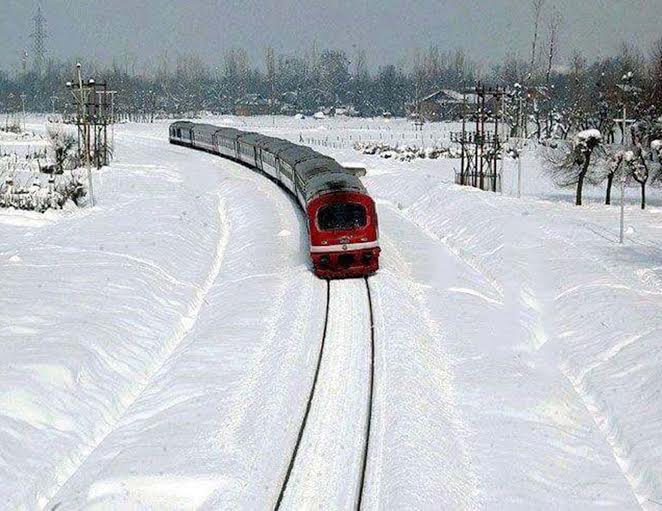 Northern Railways will start a limited express train service in the valley soon.

The Divisional Commissioner was informed that the aim of starting this service is to cut down the travel time and to reduce the rush of passengers, especially the employees, during the peak hours.

During the meeting the officers were also directed to clear all the bottlenecks for the early completion of four-lane Srinagar-Jammu road.

Meanwhile, the construction of Semi-Ring Road around Srinagar City was also discussed threadbare in the meeting. The Semi-Ring road stretching on a length of 60.94 kms is getting constructed at the cost of 1,903 crore under Prime Minister’s package.

Divisional Commissioner was also informed about the present status of ongoing construction work on bypass from Galender-Narbal in Budgam (Phase-I), and Narbal-Wayil (bypassing Shadhipora-phase II).