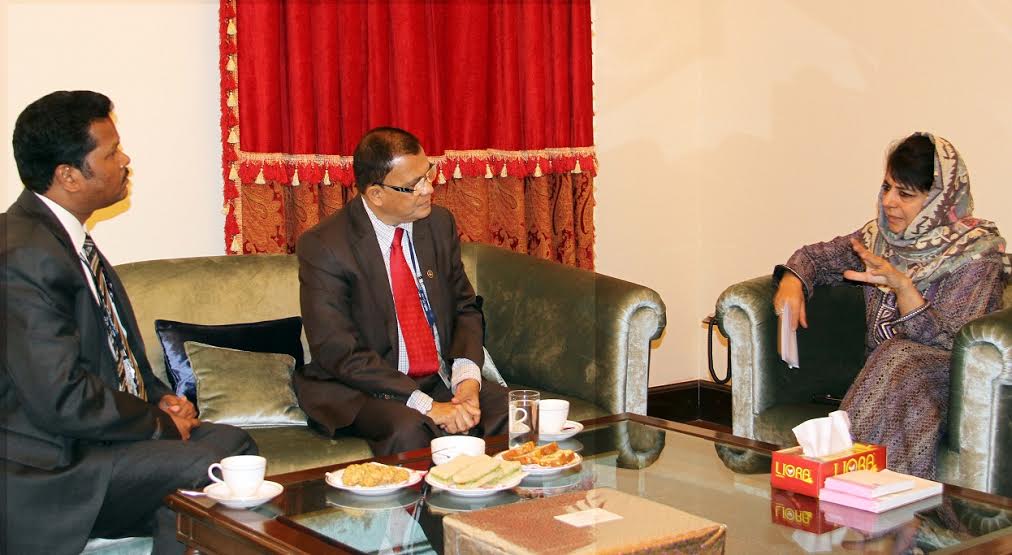 During the meeting, Mehbooba Mufti highlighted the need for enhanced lending by PSU Banks, keeping in view the very low credit-deposit ratio in J&K, as compared to national standards.

To provide fillip to economic activity, the Chief Minister also proposed that all lending in the state should be declared as ‘priority sector lending’, which she said will also incentivize the banks to lend more, an official spokesperson said this evening.

“Since most of the core sectors in the state are in revival mode, they need a stimulus package in terms of institutional finance and specialized lending,” she added.

Asking the banks to boost lending in horticulture sector, Mehbooba Mufti underlined the need for advancing loans in a hassle-free manner to agri-entrepreneurs which will enable them to improve returns, quality as well as production. She also favoured extending housing loans to customers on a lower rate of interest in the state. “J&K requires greater cooperation from banks in supporting prospective entrepreneurs under various flagship schemes of the Central and State governments,” she said.

The Chief Minister also urged RBI to help in recruitment of local youth in branches of nationalized banks in the state, besides broadening the scope of their CSR operations.