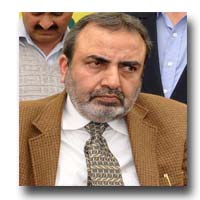 The 1978 batch IAS officer M Iqbal Khanday was finally appointed as the new chief secretary of J&K state. The 1955 born Scorpio has held various positions in the state government before taking the top position. He is expected to lead Kashmir bureaucracy for the next more than three years during which the 2014 elections will also fall.

Khanday in his career has held a number of positions in different capacities. He has been a Deputy Commissioner, a director and then headed planning – for a long time, tourism, health, home, finance, R&B, besides heading the IMPA. He was principle secretary to the former chief minister Mufti Sayeed. Khanday is highly competent and an upright officer but what distinguishes him from the entire administrative clan is a pilot’s decision making. Once convinced, it does not take him much time to sign the order and ensure it is implemented.

Khanday is the third officer from Kashmir to get the coveted berth. But he is the first direct IAS recruit from Kashmir who could make it. His senior M Shafi Pandit could not make it and retired just a step earlier. Officers who have worked very closely with him insist he has unquestionably positive attitude towards good governance and is always knowledgeable about issues within and outside the government.

But reaching this position has not been so easy for Khanday. His first major issue was his health. A chain smoker, he still is, was when he contracted cancer. He had to pass though critical surgery in advanced stage-III of lung cancer and a recurrence involving other organs more than twice at Tata Memorial Hospital Mumbai and Sloan Kettering Cancer Center New York in 1995-97. Extensive recurrence of the malignant disease in April 1997 had involved his chest wall, ribs and pleura. He survived but did not quit smoking.

The second issue was when CBI arrested him in the sensational sleaze racket in 2006. Shocked, for many days, he did not ask for any defence and later when he did he knew the lawyer of his choice will not plead his case because of massive polarization in the society. He was bailed out later on health grounds and the defence proved that his stay in a less ventilated and overcrowded jail could reactive his health crisis.

He was finally absolved of all charges by the trial court in Chandigarh. It was this exoneration that pave way for his mobility within the administration.

Next came another crisis that was triggered was triggered after his daughter Sehr (now a mother) contested polls from Kokernag on PDP mandate. Though she finished second but it was enough for the politicians to accuse Khanday of being in league with Mufti’s party. Khanday had been briefly Mufti’s principal secretary as well. He was transferred out of the civil secretariat and headed IMPA in the Lal Chowk for many years. Interestingly, the same government got him to head the state bureaucracy.

Khanday’s worst tragedy of his life, however, was the death of his son Sajid Iqbal (born June 19, 1984), the 28 year-old budding lawyer, who was killed in a road accident near Awantipora in the dead of one summer night in May 2011. Burn Hall alumni, Sajid graduated in law from School of Oriental and African Studies, University of London. He was occasionally writing for local newspapers.

After managing all these issues, Khanday finally is saddled in the most influential chair that a bureaucrat can think of while serving any state. Even his former colleagues assert that a change is in offing about how J&K is governed.