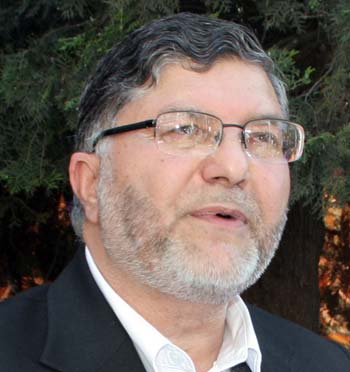 The prominent advocate of Jammu and Kashmir, Mian Abdul Qayoom, won another shot at top slot in Kashmir High Court Bar Association (KHCBA) on Thursday, when he was elected its president. He defeated GN Shaheen by a margin of 221 votes in the Bar election.

After the counting process was concluded at Sadder Court Complex in Srinagar on Thursday evening, Election Commissioner of HCBA, Advocate Syed Manzoor, declared the results. Qayoom bagged 398 votes while Shaheen 177.  Nearly 800 lawyers were eligible to vote but only 583 of them cast ballot. Eight votes were rejected.

“My utmost priority would be to strive for taking this ongoing freedom movement to its logical end and we will do whatever it takes,” Qayoom told a gathering of lawyers. “We will do everything for achieving it. Whether it is to hold conferences, protest on streets, file petitions in courts, visit jails to meet detainees and under trials, to visit places where human rights violations take place.”

Qayoom has remained Bar president in past also.

He said that he will also try his level best to uphold the dignity and respect of the lawyers. “I will try to inculcate discipline among the lawyers,” he said.

Qayoom’s rival Shaheen, who shared same space in jail with him before their release after nine months in 2011, accepted the defeat and saluted the leading lawyer.

“It was battle of personalities and not the battle of ideologies as both of us are on the same page as far as struggle for freedom is concerned. I salute him and promise that I will continue to cooperate with the Bar Association,” Shaheen said.

Both Qayoom and Shaheen were arrested under the Jammu and Kashmir Public Safety Act of 1978 on July 7 and July 18, 2010 respectively. Soon after detention, Qayoom was taken to Hiranagar Jail in Jammu. On July 20 that year, a hearing took place in which a request was put forward for his transfer from Hiranagar Jail to Srinagar Central Jail, but request was denied.

Qayoom is often being accused of political activities in support of secession within his role in the Bar Association. On April 22, 1995, two unidentified men opened fire on Qayoom leaving him seriously injured. No investigation has been ordered into this incident.

He took over from former president Advocate Zafar Qureshi.