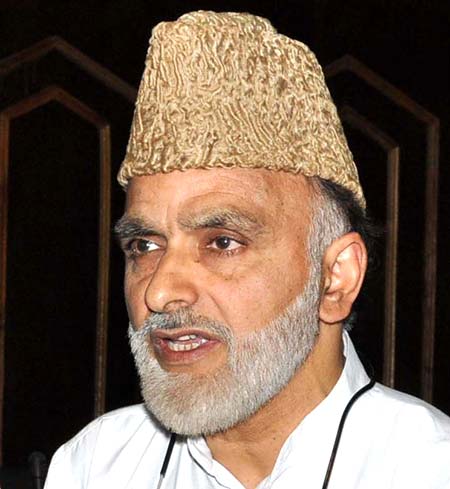 The National Conference secretary general, Ali Mohammad Sagar, Friday slammed the PDP-led PDP-BJP government for not allowing them to move to Handwara and Kupwara, where the situation for the past few days remained tense due to civilian killings.

Addressing media at Party headquarters in Nawa-e-Subuh complex, Sagar said that a delegation led by him, including Mohammad Akbar Lone, Mir Saifullah and Provincial president Nasir Aslam Wani were on way to Handwara and Langate when they were stopped in Sangrama. However, he said, after speaking with IGP they were allowed to proceed. “After moving ahead via Sopore we were again intercepted by a police party led by SP Harmeet Singh and were brought back to Sopore police station and kept there for half an hour.”

Later, Sagar said, they were sent back to Srinagar thus not allowed to go to Handwara and Langate.

Sagar, a Panchayati Raj Minister in former Omar-led government, said that they had yesterday also tried to go to Handwara, however, he claimed, they were denied police protection and were promised that they will be allowed to go on Friday (today).

“We want to tell the government that we were going to assess the situation on-spot, so that we could apprise the people about the ground situation.”

He said that when such incidents would happen during the NC rule they would facilitate other parties’ travel to those places so that they would reach there. “Mehboobaji would roam around everywhere; whenever and wherever there were any unfortunate killings in our time.”