REFUSED: Family members of Pathribal fake encounter victims not expecting much from the court martial of the accused army personnel and having apprehensions about the transparency of the proceedings have skipped the trial for the second consecutive time. The proceedings were scheduled in Jammu region.

DISMISSED: Zahir-ud-din, 29, a resident of Nowgam, Kupwara serving Territory Army (161 Bn) has been dismissed from the service for sporting beard. Din had joined Army on January 14, 2004 and was posted at Gantmulla, Uri where, in March 2004, he was deputed as an imam in the unit.  He has now filed a case in the High Court where he hopes to get justice.

VISITED: A group of 20 girls, between the age group of 10 to 15 years, from remote villages of J&K bid adieu to their four day visit to Gujarat. The visit was a part of Bharat Darshan tour organized by BSF. “The aim of the tour is to enable cultural exchange, exposing girls from remote villages of Jammu and Kashmir, most of them militancy-hit, to the culture and diversity of other states,” the officials said.

FIGURED: BJP in its National Executive meet and National Council meet expressed grave concern over the killing of Sarpanches and Panches in Kashmir. They said it was the indication of resurgence of terrorism and maintained that there was definite involvement of LeT in these killings. They also accused NC-Congress coalition of continuously denying it.

AWARDED: Gian Singh and Jasbir Singh both residents of Phalti Mitra and other Kasturi Lal of Kanga have been awarded life imprisonment and a fine of Rs 10,000 for murdering Bir Singh over a trivial issue.

DISMISSED: High Court dismissed bail application filed by Saleem Beigh, the then SP central Jail Kot-Bhawal, Surinder Kumar, PSO of Saleem Beigh and Sunny Choudhary who had been facing trial in alleged Supari killing case. The court observed, “Keeping in consideration the back drop of the case and the manner the present case is linked with another case relating to murder of Amandeep Singh, Saleem Beigh and Surinder Kumar do not deserve concession of bail, more so when main witness namely Ranjeet Singh is yet to be examined and chances of pressurizing the witness cannot be ruled out”.

CHALLENGED: State government has challenged the initiation of proceedings by centre’s rights watchdog, National Human Rights Commission (NHRC), in 34 cases of alleged HR violations by government forces including killings of youth in the state. It is said that acting on the direction of state home department, the law department through its counsel has questioned the issuance of notices by NHRC in the cases of alleged abuses.

SUBMITTED: SIT constituted in September 2011directed to probe the death of Tufail Matoo has submitted a report from Central Forensic Science Laboratory Chandigarh before the High Court indicating that “blank cartridge if fired from a weapon is capable of causing injuries and it can also be lethal if fired on vital parts of the body.” Tufail Matoo was killed while returning home from tuitions on June 11, 2010 after a police teargas shell hit him near Gandhi Memorial College here.

AWARDED: Mohd Shaheen and Badar Din, two Jaish e Muhammed (JeM) militants have been awarded 14 years imprisonment and a fine of Rs 20,000 under section 307/121-A RPC and 7/27 Arms Act. Both of them had surrendered before Indian troops following the gun battle in Dheda, Ramban.

EXONERATED: State Accountability Commission (SAC) has exonerated Ghulam Mohi-ud-Din Mir, senior NC leader and former MLA Rajpora, Pulwama in a case of corruption saying that vague allegations of corruption have been levelled against Mir and the details of which have not been mentioned in the compliant. Mir has allegedly accepted bribe of Rs 70,000 for providing a government job in 1998 but he has neither provided the job nor returned the money.

APPOINTED: State government has appointed Prof Rafiq Pampori, 56, as the Principal of Government Medical College, Srinagar.  Pampori has done his fellowship in Neuro-otology at AIIMS, New Delhi and was presently working as head of ENT Department at GMC.

DIRECTED: Chief Judicial Magistrate directed Special Investigation Team of Wamiq Farooq’s case to use audio and visual medium for examining the case’s witnesses who so far have failed to record their statements before the concerned police stations. Order was passed after SIT submitted its fortnightly report before the court. Report reveals that investigation team demonstrated the impact of tear smoke shell with the aid of ballistic experts.

ACQUITTED: Local court acquitted Dr Muhammed Qasim Faktoo, Chairman Muslim League of the charges in an FIR registered against him in Soura Police station in 2000 under section 4/5 Explosive substances Act. The court had recorded the statements of 16 witnesses in the case and none of the statements had gone adverse to Dr Faktoo.

RELEASED: An amount of Rs 57 crore has been released for the creation of assets for the Panchayati Raj Institutions in the state. This was revealed in a meeting convened under the chairmanship of Minister for Rural Development, Panchayati Raj, Law Justice and Parliamentary Affairs, Ali Muhammad Sagar. 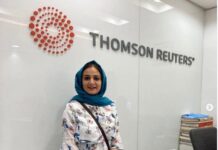