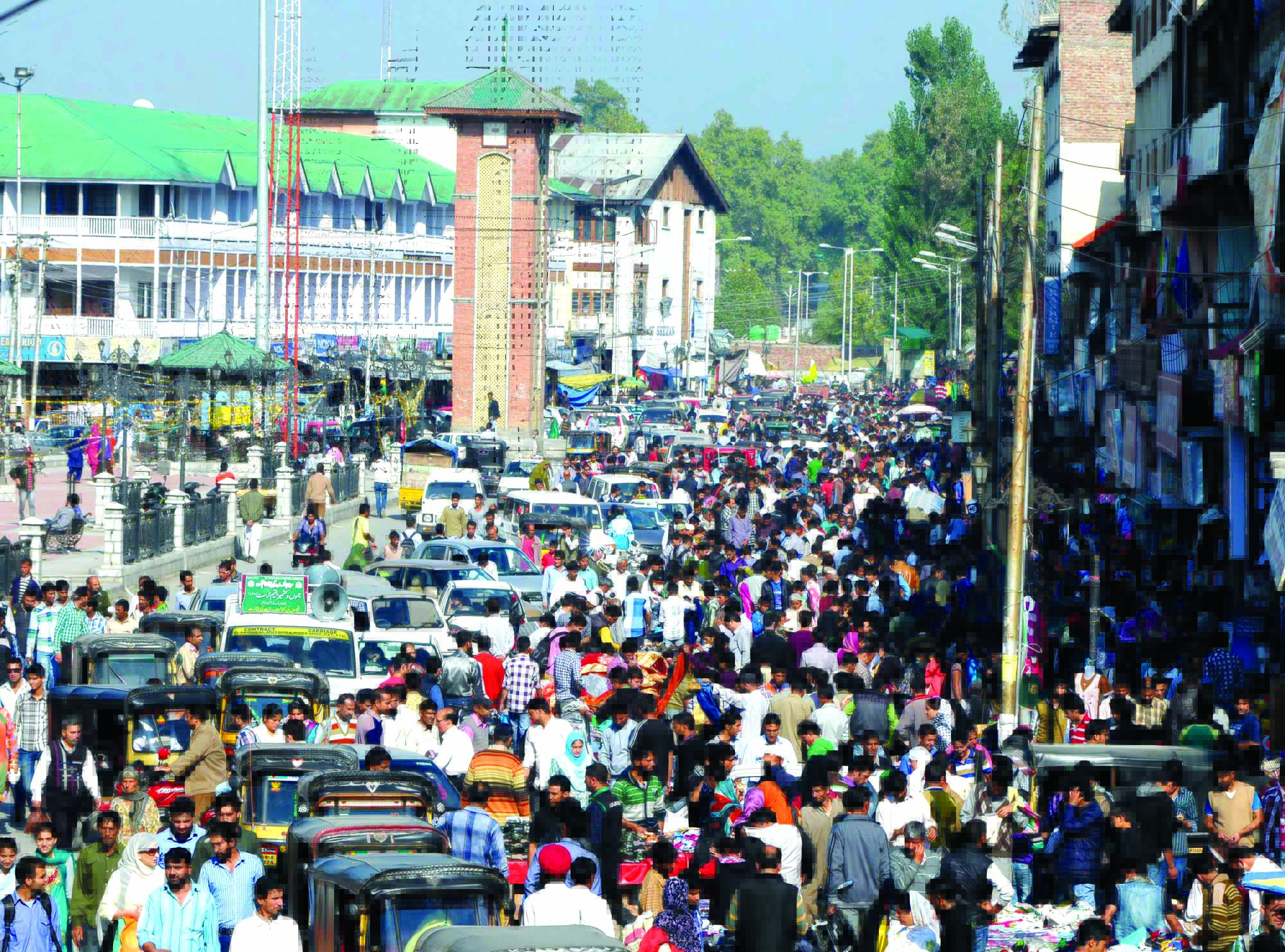 The street vendors who were banned by the authorities to work in the city especially in city centre Lal Chowk Monday staged protests against the government for allegedly failing to provide any suitable rehabilitation to them.

The vendors assembled in Srinagar’s press enclave and chanted anti-government slogans. They were demanding ‘suitable rehabilitation’ from the government.

The protesters told KNS that with banning their work from past ten days, the authorities has left them to lurch.

The protests said that maximum of the vendors are the sole bread earners of their families. “Banning our work without any rehabilitation will surely push us to anti-social activities,” they said.

They said that they support the efforts of authorities to ensure smooth movement of traffic on roads. “However, our concern is that we must be provided suitable place to earn our livelihood,” the protestors said.

“With such kind of approach, we will be rendered jobless if forced to do our business at these places,” they said.

The vendor protests said that Supreme Court (SC) Order dated September 9, 2013, states that any action on street vendors should be taken only by a committee that has been set up with 40 per cent representation from street vendors along with municipal authorities and police. “In our case, the law of the land was not followed,” protesters claimed.

“The police are not only levying a fine, but also seizing our merchandise. Apart from affecting our livelihood, the action makes us to run into heavy debts,” they said.

The crackdown by police on street vendors has been a continuous process, but has never lasted this long, according to the street vendors.

“Usually, in past, the authorities would make surprise visit sometime and fine us. However, such a long-term crackdown without any notice has put us in a tight spot,” they said.

Meanwhile, the protesters later appealed Chief Minster Mehbooba Mufti to intervene into the matter and redress their genuine grievances at earliest.

Bashir Ahmed Khan, Commissioner SMC told CNS that they have asked all the foot-path and roadside vendors to close their “illegal business” for two weeks.

“There are 2910 registered vendors and we will relocate them at suitable places. It will take some two weeks to develop markets for these vendors. Last year, we had done Adhaar Linked Registration of these 2910 vendors and except these registered vendors nobody will be accommodated in the coming up markets,” Khan said and added that till markets are developed, vendors will stay at home.