Located at the centre of the town, Iqbal Mini Hydel Project is the main source of electricity in Kargil district. Prior to Iqbal the entire area relied on a 1.93 MW diesel generator which provided electricity for lighting use to 59 villages including 5 Zanskar hamlets. Shams Irfan reports.

Comprising of 127 villages Kargil has a population of 1,43,388  (2011 census) and is one of the few places on earth where habitation is scattered along bare mountains with harsh climatic conditions.  The project was commissioned in 1995 and all three units were made operational in August 1996.

Iqbal has three turbines of 1.25 MW each, but with one of the three turbines currently non-functional the current generation is between 1.7 to 2.2 MW. Because of aging and wear and tear of the electromechanical components, machines do not operate at optimum level. The Original Equipment Manufacturer (OEM) has suggested taking up the project under RMU.

The total discharge required to run all three units is 28.30 cumecs. But during winters the discharge is very low and it is not possible to run even two units fully. Only one unit remains functional during winters when temperatures plummet to as low as 25 degrees Celsius below freezing.

Completed at a cost of 4301.62 lacs, Iqbal gets water through a 299 meter canal that enters two tunnels of 182 and 205 meters to spin the turbines. Being an isolated project Iqbal has to curtail feeding in order to avoid the overloading of machines. Iqbal experiences heavy siltation during summer season, which affects its overall functioning.

The source of water for Iqbal is Suru River which originates from Barka Ji glacier and finally flows into Sindh. Iqbal is run over river and does not have a dam.

The turbines are run manually as its mechanical governing systems are obsolete and need to be replaced to improve the efficiency of the machines. In case of some parts being repaired or replaced in a unit the whole station needs to be shut down as tail race has to be cleared of water. Most of the turbine’s parts remain submerged in case tail race is not drained fully. However, during summers draining tail race is not possible as the level in the river in which it drains is quite high.

Since the region is not connected with a grid, frequent faults in transmission system affects the efficiency of the machines.

“Iqbal could function better if old governing system is replaced with a new electronic governing system,” feels Sajad Ahamd, JE in-charge, Iqbal.   Before Iqbal was commissioned only four hours of electricity, that too for lighting purpose only was supplied in the region, but now it gets 24 hour uninterrupted supply during summers. 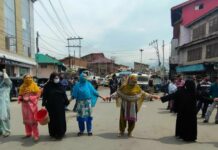 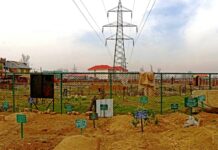 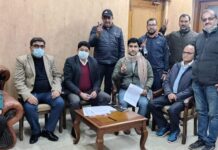