Reshi was rushed to hospital, where his succumbed to his injuries.

Like Mehraj-ud-Dar, who was shot dead on Sunday, it is said Reshi had militant links in past.

Notably, Reshi’s killing has taken total death toll in Sopore to six —four of which happened in week’s time. 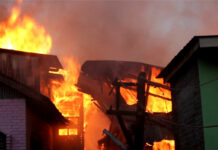