In a tragic road accident, a biker along with his pillion rider were killed Mondat after being hit by fast moving vehicle in south Kashmir’s Shopain district. 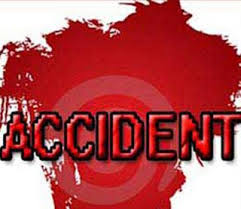 According to police officials,  both the persons died on the spot.

Identified as Muhammad Amin Teli and Aakash Ahmad Bhat , the duo were were hit by a truck near Harmain in Shopian.

The driver, police said fled from the spot, however thye police official said case has been registered and police has launched hunt to nab the culprit.