scenic region of Gulmarg has been a popular tourist destination, but as Nazir Ahmad Rather reports, the beauty is quickly being overshadowed by mounting piles of garbage.

The unavailability of incinerators in the popular tourist destination of Gulmarg is reportedly forcing the Gulmarg Development Authority (GDA) to dump tons of garbage within the surrounding forests every day. There are three major spots in the vicinity of Gulmarg where garbage is being dumped on a routine basis. A lone incinerator meant for the garbage disposal is lying disfunctional since last several years, forcing the local authority to dump garbage within the green environs of nearby forests.

The officials of Gulmarg Development Authority say they are helpless because of the absence of an incinerator. “We don’t have an incinerator here, which is why we dispose the garbage off in the surrounding areas. The incinerator constructed some years ago is not in a working condition,’’ says Syed Mehmood Shah, the Chief Executive Officer of GDA. He says that it is in this year only that they have sent a proposal to Ministry of Tourism for providing a technologically sound incinerator for Gulmarg.

Due the heavy rush of tourists over the last few years, local authorities claim that Gulmarg is in dire need of a technologically sound incinerator. ‘‘It is a serious problem that is presently being faced by the Gulmarg Developmental Authority as far as the garbage disposal in gulmarg is concerned,’’ says Shah.

Gulmarg is producing around two thousand kgs of waste daily, and the major portion comes from the visitors who visit Gulmarg during the day. There is a good amount of waste that comes from the hotels as well. ‘’The major producers of waste are the visitors who visit Gulmarg on daily basis, they litter frequently around the areas like children’s park, near Gondola and within the market,’’adds the CEO. “During peak months the hotels which are around 24 in number in gulmarg are also producing a huge quantity of waste which includes both bio-degradable and non-bio-degradable waste,’’ says Shah.

In the beginning of this year, the job of cleaning the waste was jointly taken up by the GDA and Municipal Committee Tangmarg, but because of limited manpower the  municipal committee was asked give up the cleaning assignment. “We did the cleaning in the months of May and June but due to limited manpower we had to pull off. We have got only 37 sweepers here and it was not practically possible for them to maintain the cleanliness from Tangarg to Gulmarg,’’ says Gulam Rasool, the executive officer of the Tangmarg Municipal Committee.

The CEO of GDA believes that the unavailability of incinerators is not because of any government apathy but because the state lacks the expertise in making technologically sound incinerators. He believes that the incinerators which are being presently made are actually meant for destroying only medical waste. “We need an incinerator that can destroy the waste generated by hotels and the dhaabas here  even in harsh weather conditions  as the temperature in winters dips below zero,’’ says Shah.

There are more than 2600 pony holders who work in Gulmarg. The presence of such a huge number of ponies is matter of great concern for the GDA as they are chief source of pollution in Gulmarg.

The GDA is now planning to start two different but novel schemes for the pony holders and for the tourists. The first scheme is for the pony holders who would be given a loan of Rs 10 lakh from Jammu & Kashmir Bank for purchasing different recreational and adventure equipment. This equipment includes all-terrain vehicles, para gliders, para sails and hot air balloons. “We have almost finalised this plan and we are hopeful about  this scheme as it can  not only help us in keeping Gulmrag clean but  it will also help the pony holders  to earn a handsome income all throughout the year,’’ believes Shah.

The second scheme is meant for the tourists, who according to GDA are greatly responsible for generating a huge amount of garbage. The tourists would be given a paper bag and a wicker basket at the main entry points of Gulmarg. Tourists would be asked to deposit Rs 120 as security deposit for these two items. The security deposit would be returned to them at the end of their visit against the same wicker basket and the paper bag which they would using for collecting  waste generated by them during the  day.

The GDA is also doing an environmental assessment impact study (EIAS), a one-time study in collaboration with  Kashmir University to find ways of keeping the tourist destination clean. 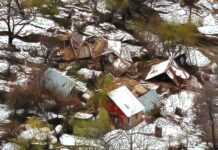 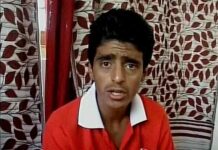 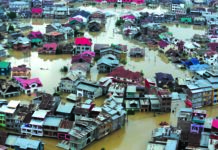 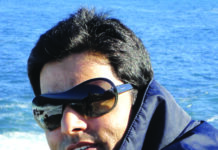 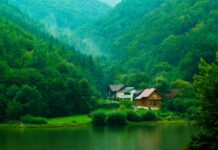 Global Environmental Changes: Can We Afford To Be Indifferent? 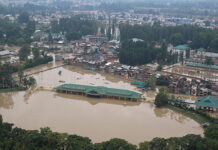