Surrounded by forests and fast sliding hills, a village in Baramulla is now getting deserted as the residents are migrating to safer places. Those left behind live between the frightening past and an unpredictable tomorrow, reports Faheem Mir 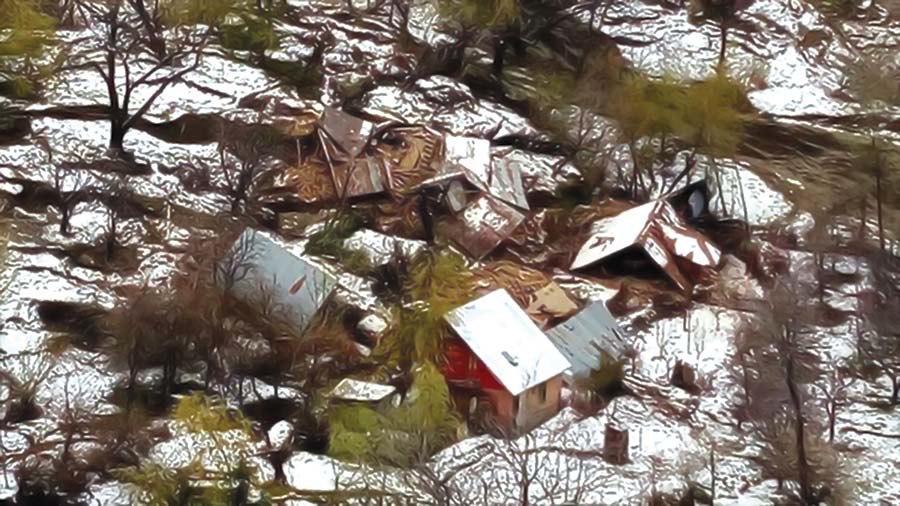 It is BBC Urdu’s interrupted and sometimes garbled voice that Mohammad Saleem Beigh is listening keenly in his room. A retired high school headmaster living in Latifabad, barely 17 km from Baramulla town, it is Beigh’s key connection with the rest of the world, at 74.

The hamlet is surrounded by jungles and hillocks and sometimes the radio waves are interrupted by the physical barriers surrounding his radio set.

There is no other way of infotainment for him except his radio and books, scattered in his room. He used to like the company of his elder brother Mohammad Fareed Beigh, 91, but a night separated them.

It was the intervening night of March 19 and 20, 2016. “It was raining cats and dogs and I was busy in reading a book when all of sudden I felt some vibration that jolted my house,” Beigh remembers, like his geography lesson. “I ran out to see what happened but we didn’t get any clue. Then, I took called a relative, living 300 meters away, on phone and I came to know that half of our village is buried under landslides.”

The village changed the name but not its geography. “The landslides in 2016 were the worst ever,” Beigh said. Jameel Hussain remembers the slides as horrifying and devastating.  “We lost nearly 100 walnut trees, some 50 kanals of apple orchards and the disaster changed the map of our village by burring 10 households,” Hussain said.

School teacher, Mohammad Iqbal Beigh said they heard cracking sound of falling trees and felt a tremor as land started sinking. The village is a slide-prone belt. “Initially it seemed like an earthquake but later we came to know Kopra and Lamda hillocks had slid down,” Iqbal said. “We raised an alarm and people fled away from their homes in a frenzy.  In a jiffy, 10 houses and several other structures were damaged.”

The village has survived landslides for centuries with the name Khudpora, literally meaning a cluster of houses that is located in a gorge. After debating it for decades, the residents finally changed its name to Latifabad. It gave the village a new identity and honoured one of its great sons, Mohammad Latif Beigh, a prominent academician, intellectual and cleric.

The village changed the name but not its geography. “The landslides in 2016 were the worst ever,” Beigh said. Jameel Hussain remembers the slides as horrifying and devastating.  “We lost nearly 100 walnut trees, some 50 kanals of apple orchards and the disaster changed the map of our village by burring 10 households,” Hussain said.

Had the village youngsters led by two brave hearts Nasir Hussain Beigh 30 and Abdul Qadus Beigh 32, not acted quickly and bravely, the village would be lamenting a huge human loss. They evacuated elderly, children, women and the pets.

Abdul Malik Beigh 20, and his father Abdul Majeed are unable to forget that horrific sight. “Our house slid almost 100 meters away from its base, and then it got invisible,” Majeed said. “It will take few more years of hard work to build another house.”

Heir family has set up a tin-shed where they live. For many weeks after the disaster struck the village, more than 30 families took shelter in a school building.

More than 18 months later, the village presents a grim picture and is almost empty. Those who could afford have left Latifabad and migrated to other safer places. Quite a few households live in the haunted hamlet.

One of the migrants is Saleem’s nonagenarian brother, Fareed. He lives in Baramulla. “We are living in a rented accommodation here,” Fareed Baig, said with moist eyes. “It is not easy to forget past and leave the home where you spent your whole life, grew older, and where your dear and caretakers are.” 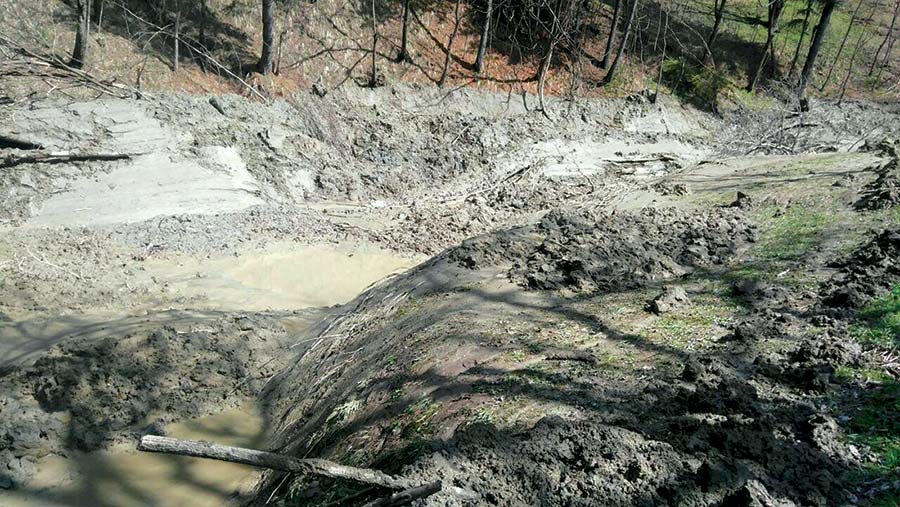 At Lateefabad, Fareed said, his relatives would visit him and his wife Khatija daily, but now “they come once in a fortnight”.

So far, 15 families have migrated to Chandoosa, a nearby major village, six families have gone to Uri and others have shifted to Baramulla town.

Forest officials deployed in the area said the residents are conscious of the consequences of deforestation. They have helped them to re-plant trees. One thing on their mind was that it will prevent soil erosion.

Though the village is literally haunted, one thing that has remained unshaken is their faith. The village sleeps minutes after the Isha prayers and is lined up in the mosque at Fajr prayers. Pahari speaking inhabitants, who send their kids to the neighhbouring state-run school, said the disaster has changed many of their schedules but not their prayers or the school timings.

Prior to the disaster, the village comprised 40 households. But their keenness to study has changed the profile of the families. A highly educated village in the belt, it has produced more than 30 teachers including lecturers, a college Principal, high school headmasters, five engineers,  three doctors, two KAS officers and various writers and poets. The people are hard-working and have a simple life.

Some of them are bewildered by the change migration has brought in. Wali Beigh was the first resident of the village, who was married, this season on August 7. “I miss my village,” he said. “Till yesterday, we knew of marriage when we would take the bride in Doli, a palanquin, but now it is a car.” 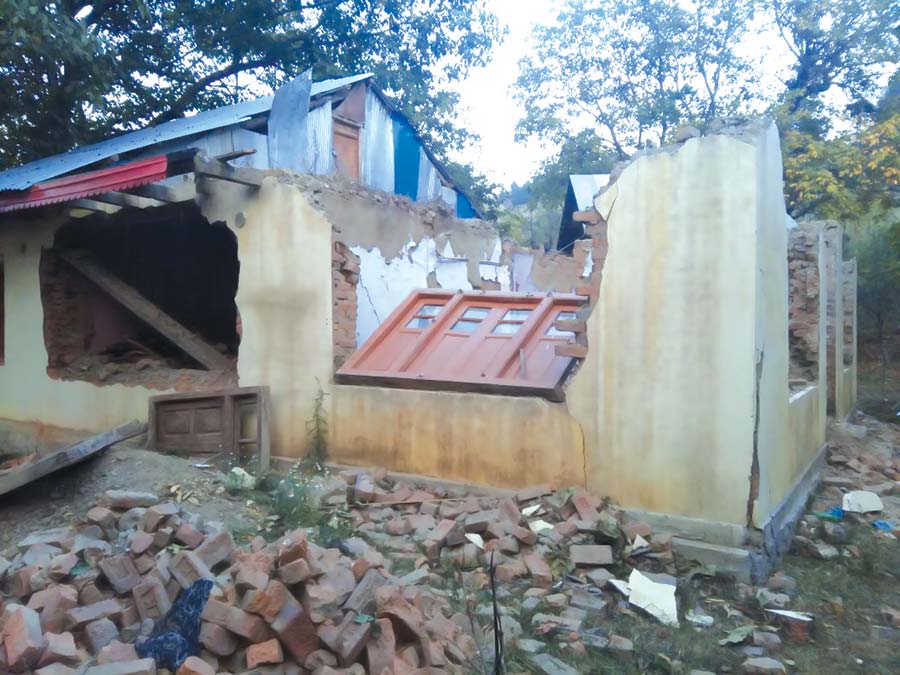 One thing the migrants are doing is to marry within the clan. “We often look for a suitable match for our children to marry within our community,” said Manzoor Hussain Beigh.

Now villagers said that the government must get them some basic facilities so that they feel comfortable in the hamlet that people are deserting so fast. “It is disaster-prone area,” one resident said. “But neither of the cellular networks functions here comfortably.”