Out to play in the neighbourhood, a toddler returned home as a corpse. The tragedy struck Najars’ in Chewdara (Beerwah) when their three-year-old son, Burhan went missing. Son of Hilal Ahmad Najar, he had gone out to play around his house but did not return. As search teams were sent around, the family said he was not traced till midnight. But the next day, his body was found at a place where family claimed they had already searched for him. Shattered family urges the administration to intervene and conduct a thorough probe. Police have filed the case, investigations have been taken up.

The virtual world continues to stir controversies. Nearly a month after Amazon’s Artificial Intelligence (AI) powered virtual assistant Alexa categorized Kashmir as a part of China’s territory; the multilingual open-collaborative online encyclopaedia, Wikipedia has come up with another discord. As flagged by a Twitter user, Wikipedia has ‘incorrectly” depicted the boundary of Jammu and Kashmir on the page on India-Bhutan relationship. The government has taken the cognizance and ministry of Electronics and information technology has swiftly issued an order and directed Wikipedia to remove the link from their platform as it is a violation of territorial integrity and sovereignty of India. Earlier in October, Twitter India also created controversy after it showed Jammu and Kashmir as part of the Peoples Republic of China in the timeline. Later, Leh was shown as part of Jammu and Kashmir instead of UT of Ladakh. The issue was raised as it was seen as ‘deliberate” attempt to undermine the will of Indian parliament which had declared Ladakh as a Union Territory. 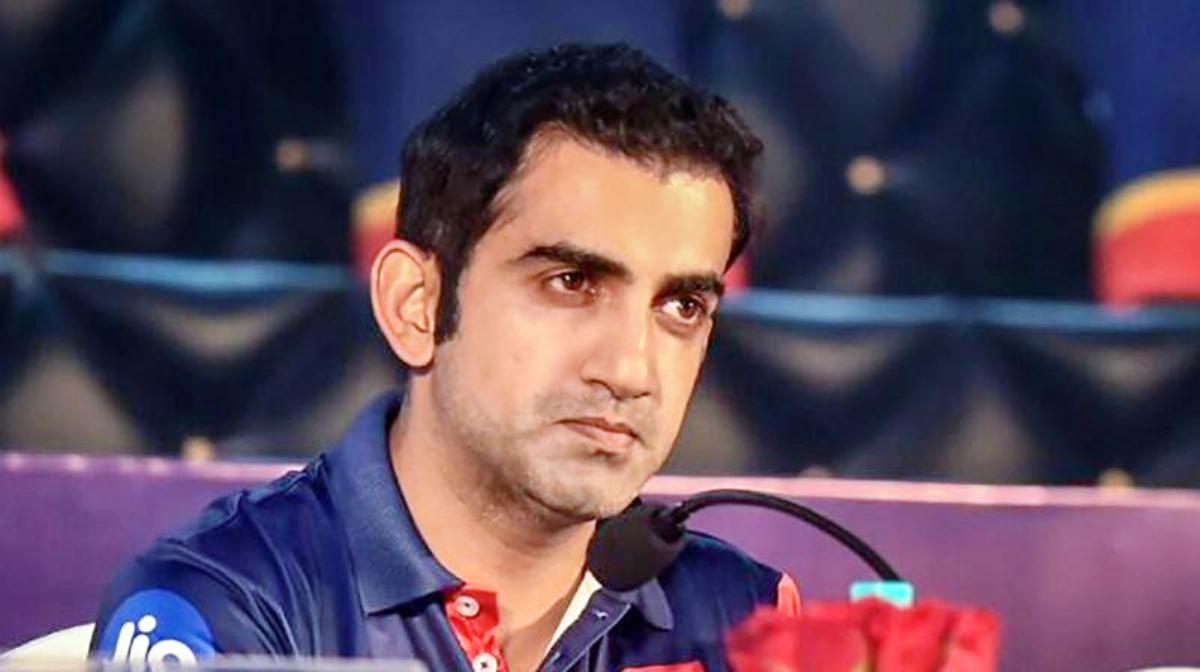 In an attempt to woo the voters, the cricketer turned BJP MP, Gautam Gambhir is going to be star campaigner for the rightwing party in Jammu and Kashmir. According to the reports, the left-hander is scheduled to be in UT next week. The party, sources said, is exploring how to cash in on Gambhir’s persona and his popularity. In his later thirties, Gambhir quit all forms of cricket and joined the BJP ahead of Lok Sabha polls last year after defeating former Delhi Congress president, Arvinder Singh Lovely. A strong Hindutva supporter, Gambhir and Pakistan star cricketer, Shahid Afridi traded online barbs over Delhi decision of scrapping Kashmir’s special status. Meanwhile, BJP has suspended 10 of its members in Jammu for filling as proxy candidates against their own party members in the on-going DDC elections.

A Kashmiri researcher, Dr Tanveer Ahmad and his two colleagues, Dr Mohan Joshi and Dr Jawed Iqbal, have developed a new saliva-based COVID test, which is said to be as accurate as RT-PCR. The trio, working as faculty at Jamia Millia Islamia, has said this test, a game-changer, was meant to reduce testing time and dependence on laboratories.

Dr Ahmed, a Srinagar resident has done extensive research experience of using similar technology for microbial testing. “We were working on this method since 2018. When Covid19 hit the globe, we shifted our focus at finding a solution for testing for the virus with the base we had already been working on,” he was quoted saying.

More than four decades later, actor Kiara Advani has recreated Sharmila Tagore’s Kashmir ki Kali (1964) look for movie Indoo Ki Jawani song Dil Tera. She has recreated some other actors as well. The pictures of the look were shared by Kiara herself on her instagram handle before the song was officially released last week. She captioned her multiple looks with, “Hit rewind and go back in time with #IndooKiJawani’s latest song #DilTera! Song releasing tomorrow, stay tuned!” Dil Tera appears to be a homage to the golden era of Bollywood with Kiara seen all dolled up as yesteryear actors in iconic films including Sharmila Tagore, Urmila Matondkar and Parveen Babi.

Last week the football lovers in Kashmir had a moment of joy when Real Kashmir FC football team announced that they have added three JK Bank’s star footballers in their team. Adnan, Farhan Ganie and Danish Farooq have already been relieved by the Jammu and Kashmir Bank to play for the Real Kashmir FC and will be part of the club in its I-League campaign. The team is set to start its season by playing the IFA Shield tournament followed by I-League 2020-21. 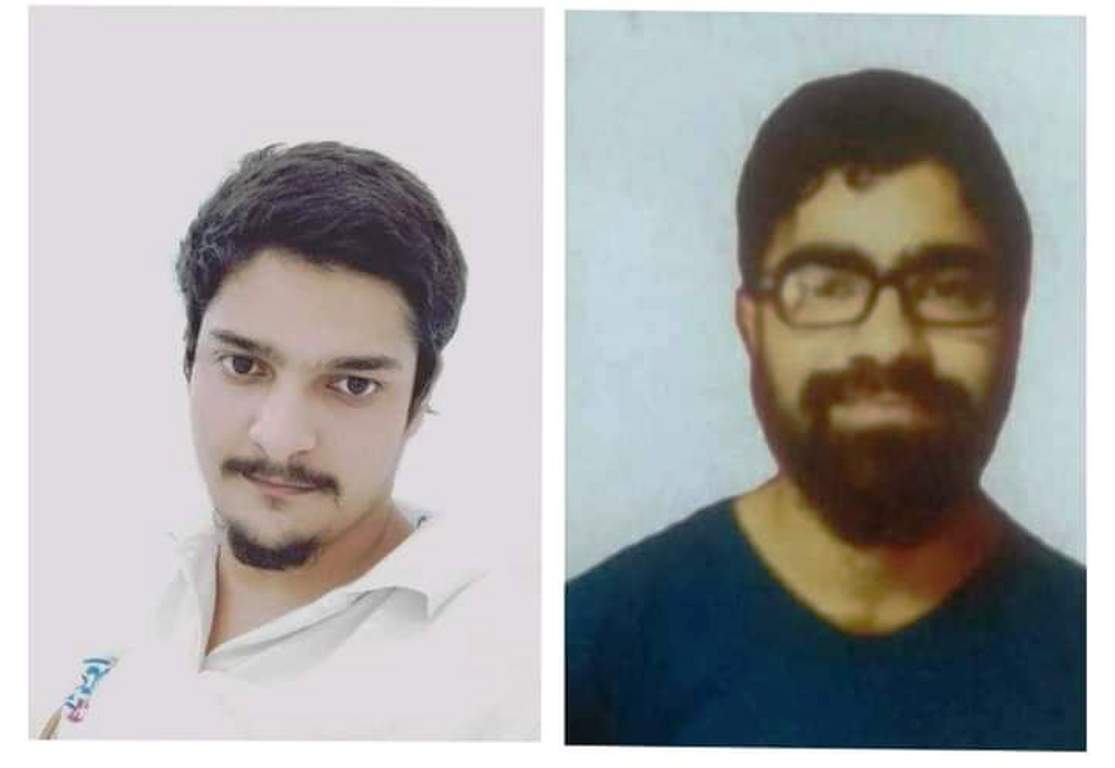 In two separate incidents, two youth from south Kashmir’s twin districts – Pulwama and Anantnag – have gone missing. Zahid Ahmad from Pulwama’s Braw Bandina is missing from Gurgaon (Haryana), since November 27, where he was working in a private company. Muneeb Ahmad Sofi who hails from Kanelwan Bijbehara in Anantnag district is missing from Doha Qatar since October 18, where he was working in a juice factory. Pertinently, six youth including four from Shopian and two from Kulgam went missing outside Jammu and Kashmir in November alone. However, Jammu and Kashmir police were able to trace all of them within a few days.

Bollywood actor, Rahul Roy survived a brain stroke when he was shooting in Kargil. Before airlifting him to Mumbai’s Nanavati Hospital, he was treated in a Srinagar hospital for three days. Roy was in Kargil for almost a week shooting for the film LAC – Live The Battle, the movie based on the Galwan happenings this summer. The stroke is attributed to the extremely low temperature. Reports said he4 is responding to the treatment.

The National Defence Academy (NDA) has instituted a new award for motivating cadets which has been named after Lt Ummer Fayaz who was kidnapped and killed by militants in 2017 in the Kashmir. The first winner of the award, Rajputana Rifles Regiment Trophy and Silver Medal for displaying overall improvement in performance, was awarded to Cadet Vijay Bahadur of 139 NDA Course on November 7 at the end of Term ceremony at NDA Khadakwasla. The award is sponsored by the Rajputana Rifles Regiment. Fayaz was born at Sursunu (Kulgam). He studied at Jawahar Navodaya Vidalaya, Anantnag and joined the 129th course of NDA to pursue his dream of becoming an Army officer. During his training at the NDA, he demonstrated outstanding improvement in his performance in all disciplines. Before being killed he was posted in Akhnoor.

In an embarrassing move for Delhi, the Organisation of Islamic Cooperation (OIC), which was reported by Indian media to have skipped Kashmir from its agenda, has taken a strong position over the human rights violations in Kashmir. The report of the OIC Secretary-General on its activities submitted to the 47th session of the Council of Foreign Ministers referred to the situation in Jammu and Kashmir, saying, “The decision of the Indian government on 5 August 2019 towards changing the demographic and geographic composition of the territory, and the continuous blockade and restrictions together with human rights abuses, had awakened renewed efforts of the international community towards a resolution of the conflict”. The statement also acknowledged the support that Pakistan has been providing to keep the Kashmir issue on the agenda of the organisation. MEA spokesman strongly reacted to the development saying: “We strongly and categorically reject the factually incorrect, gratuitous and unwarranted references to India in resolutions adopted by the OIC at the 47th CFM Session in Niamey, Republic of Niger, held on 27-28 November 2020.” What is interesting a delegation of the Muzaffarabad based separatists had been flown by Islamabad to attend the Niger meet.

In an unpredictable turn of events, student activist turned brief-time politician Shehla Rashid Shora’s faced allegation of corruption from none other than her father, Rashid Shora who wrote an application to DGP. The letter leaked within moments became a piece of major news forcing many sides to react. Shehla said her biological father was reacting to a court order that barred him from entering their home where he was abusing her mother. On basis of Shora’s allegations, Dr Shah Fesal said that he is willing to cooperate in the probe. Engineer Rashid who is in Tihar has reportedly said he will file a contempt case against Shora. While everybody knows it is a family dispute nobody can vouch for every other filth that is flying around.