Jammu and not Srinagar should mourn the demise of the darbar move, writes Haseeb A Drabu, asserting that the undoing of half capital status will help the City of Srinagar revive its inherent strengths 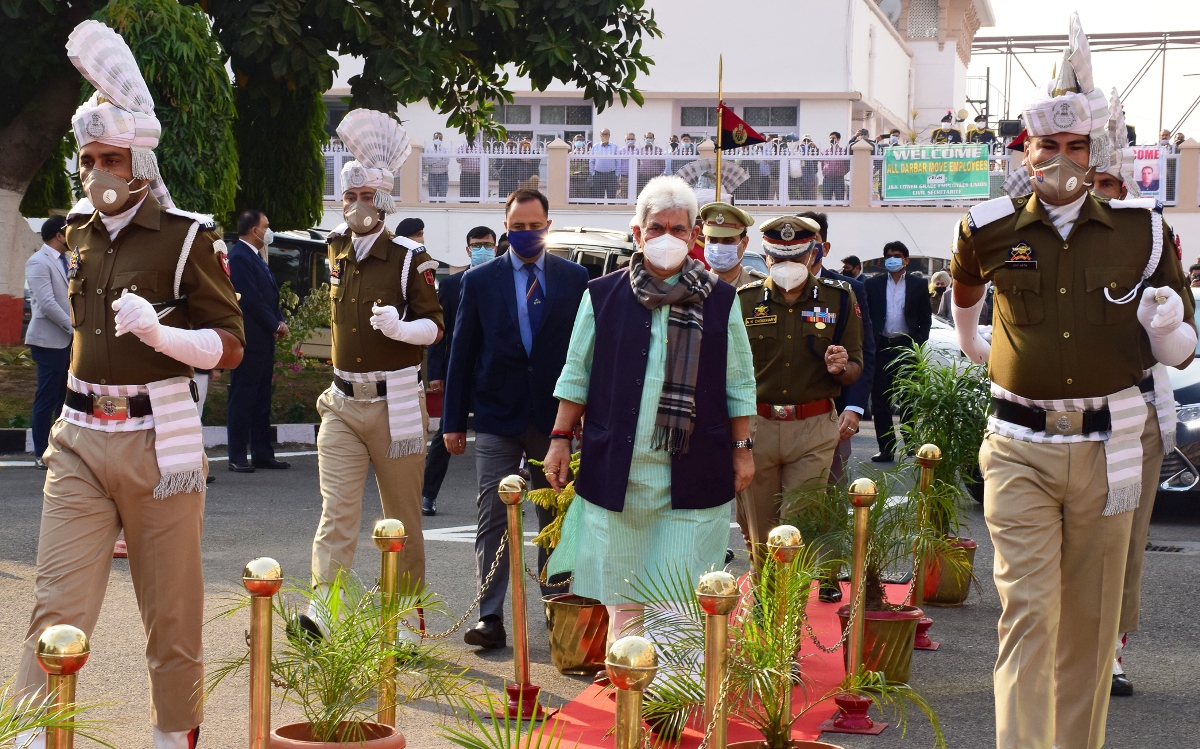 In the days gone by, a widely prevalent social tradition in Jammu was to bid a joyous farewell to the dead who had two generations of progeny. It was seen as a good fortune to have died after having grandchildren. Often one would see funeral processions humming “mar gayajee mar gay, poatay wala mar gaye!

The demise of the darbar move should evoke a similar sentiment, at least in Kashmir, if not in Jammu. To die at the age of 149 years is no mean achievement; especially if there has been no achievement on the ground to write home about.

Like much else in Kashmir, be it a constitutional provision or a commercial transaction, the significance of the darbar move was not the least functional but hugely symbolic. It was political appeasement at best and administratively disruptive at worst. The real costs were not financial but the continuation of a feudal mindset of the government. The democratic representatives slipped into the royal shoes of the erstwhile Maharajas, as the continuation of the name signified.

It could be argued that it was a good way of bridging the social divide between Jammu and Srinagar. But with the benefit of hindsight, it didn’t achieve that unstated objective. The differences are too deep and deep-rooted to have been papered over by the movement of government officials who anyways are not socially integrated with the larger civil societies of the two cities.

With Srinagar being in the throes of bandhs and hartals since 1990, half of Kashmir would drive down to Jammu to meet their relatives – one in every five people is in government service – to socialise and breathe normalcy and, of course, do some shopping. More than Srinagar, Jammu should mourn the demise of the Darbar.

The economic benefits, if at all, accrued to Jammu, which came to life in the winter months when retail trade peaked with the influx of more than 10,000 families. Folklore has it then when the government officials would drive to Jammu in the sixties and seventies, Jammuites would welcome them from near Chenani offering them bed and breakfast facilities. Keep an eye on the footfall in Jammu’s fancy Wave Mall this coming winter to get a barometric reading of the drop in the level of economic activity.

With Srinagar being in the throes of bandhs and hartals since 1990, half of Kashmir would drive down to Jammu to meet their relatives – one in every five people is in government service – to socialise and breathe normalcy and, of course, do some shopping. More than Srinagar, Jammu should mourn the demise of the Darbar.

It will doubtless be argued that the common man living in the distant districts will suffer as he or she will have to travel to Jammu for small matters. This is a specious argument because all field departments have over the years been bifurcated on the basis of geography. There is for instance a director industries Jammu and a director of industries, Kashmir. For that matter a director of horticulture Jammu even though the region doesn’t contribute much to the horticultural economy of the union territory.

The political gains for Jammu, such as those might be, would be more than offset by the economic losses. This will come at a time when Jammu business is already facing intense pressure from the entry of big sized businesses establishments from neighbouring states.

Contrary to the popular belief, the reason for darbar move was neither to escape the harsh winters of Kashmir Valley or the scorching summers of Jammu. Nor was it the vision of Ranbir Singh. He would spend a month in Srinagar but the seat of governance didn’t shift. The concept of shifting the seat of power was, like much else, a British one. Indeed, it was a compulsion of the British to protect their Indian Empire.

The great game in the Pamirs and Hindukush, which put the Kashmir valley on the international map of Russians was afoot in the mid-nineteenth century. By 1868 Russia had advanced in Central Asia and extended its influence to Samarkand. These movements created panic in Britain and made them alive to the strategic importance of the Kashmir valley.

Faced with the “Russian Peril”, darbar move was symbolic relocation for a strategic reason. It was an element of “forward policy” (also known as “spearhead capital policy”) of the British in the run-up to their agreement of 1873 with the Russians. This was the start of the process that culminated in the Kashmir valley becoming a frontline area of the British in 1889.

It was in this year Maharaja Pratap Singh was presented with an irshad to “voluntarily relinquish powers” to govern even as he continued to rule as the titular head! For the next 35 years, it was effectively British rule in the “sentry state” of Jammu and Kashmir. It was only in 1924 when the Russian threat had fully receded, were the powers of the Pratap Singh restored.

This circumstantial compulsion of British Imperialism to move the darbar has been constantly reinvented since 1948. The government whether anointed or appointed, imposed or elected, administering or governing has one constant feature: the Darbar move.

Unlike under monarchy, when the capital was declared wherever the Maharaja held court, in a democratic setup, the choice of Srinagar as the capital was obvious. Srinagar became the capital of Jammu and Kashmir in 1948 because it had been the epicentre of political expression, which was shaped by a societal collectivity.

The freedom struggle, conducted as an anti-monarchy political movement had been carried out here since 1931. All the civil society institutions, which powered the freedom struggle, were based in Srinagar. The de facto capital was given a de jure status. It was a signal expressing the basis and nature of the strength of the public authority.

It was loaded with political meaning and symbolic connotations. It reflected the reality of the changed power system and structure; a peoples capital as against a monarch’s capital.

However, at a time when the state was under attack and close to disintegrating, a reference of the dispute to the United Nations, to protect the state and its integrity, the tradition of darbar move was continued. The other obvious reason being regard for the Duggar sensitivities, who were traumatised over the loss of power. To be sure, the darbar move had no legislative backing. It was only in 1992, that Jammu was formally made the winter capital.

Of course, the larger philosophy was to frame and propagate the common state origin and the expectation of a common state future. The August 5, 2019 restructuring of Jammu and Kashmir has debunked the former and jeopardised the latter. So continuing this exercise became meaningless, if not farcical.

Whether one likes it or not, much like Article 370, the substantive basis of Srinagar as capital has been eroded over time. It has been emaciated by the successive governments at the centre. Its administrative importance starting dwindling in the 1980s and was completed in the 1990s. All the Central Government institutions, departments, agencies and undertakings have chosen to locate their regional offices in Jammu.

The same is the case with all the national and multi-national private companies or organizations. They too have their offices and business operations from out of Jammu.  At the state level, all developmental departments have now been bifurcated on geographical lines.

The reality today is that Jammu is the salient space of public authority and non-governmental action.  In line with such a change, whatever the de jure status, the de facto capital has changed. Capitals, apart from administrative and material functional considerations, are the seats of political power and authority. Whenever that changes, capitals change.

At best, the dual capital system created an illusion of a localized presence of political authority. And a non-existent participative feeling constructed. In any case, what has being the “summer capital” for the last 70 years done for Srinagar, its society, its local economy and its culture? Be in terms of provision of public services or urbanisation or the sheer aesthetics of the city.

Visually, the built environment is an aesthetic eyesore. The dominant city narratives is bandhs, destruction and death.  Children grow up cooped up in sans social connections and without global connectivity. A city where funerals are the only social gatherings. That’s what Srinagar has become.

The adornments in the city are an insult to the genius of the local craftspersons. Be it the ghantaghar, erected because Sheikh Abdullah saw it in Poona and ordered Bajaj to build it in Srinagar. Or the fountain outside the Radio Kashmir, which despite being under an overpass now, is left there to be shamed. These discursive elements, which are evocative of the megalomania, have become a part of our built heritage.

The signifiers of Srinagar are reflective neither of our real and symbolic resources nor does echo the value and ethos of the people who live there. It showcases only the behavioural disdain of the ruling elite.

Obviously, the voices of Srinagar have not been able to make themselves heard let alone get a more relevant sensibility to underline public authority. The result has been that these voices became shrill and got articulated in a different sphere.

For how long then are we to live with the idea of a “half capital”? It is time to stop thinking of being a capital city as a tool to achieve something; it just makes Srinagar a government city. Not a city for its inhabitants. As the philosopher of cities, Italo Calvino, wrote, “You take delight, not in a city’s seven or seventy wonders, but in the answer it gives to a question of yours.” Srinagar has lost its ability to answer.

Unlike under monarchy, when the capital was declared wherever the Maharaja held court, in a democratic setup, the choice of Srinagar as the capital was obvious. Srinagar became the capital of Jammu and Kashmir in 1948 because it had been the epicentre of the political expression, which was shaped by a societal collectivity.

At a more practical level, given the fact that Srinagar is a nerve centre of economic production and distribution, it might be worthwhile to have Srinagar as the commercial capital of Jammu and Kashmir.  If it is driven by business and enterprise and not by babus and babudom, it will grow on the power of conviviality and resilience of its original vernacular. Not only will it get rid of the pervasive negativity, but it will also rediscover its own raison d’etre beyond government.

In this, Srinagar will not be alone; in many states, the political capital is matched by a business capital; be it New Delhi and Mumbai at the national level, or Trivandrum and Ernakulum in Kerala or Gandhinagar and Vadodra in Gujarat. And invariably this has resulted not just in the prosperity of the city but a cultural revival as well. And that is what we need in Srinagar more than the flashing red bulbs atop white ambassador cars which is what the Darbar move meant for Srinagar.