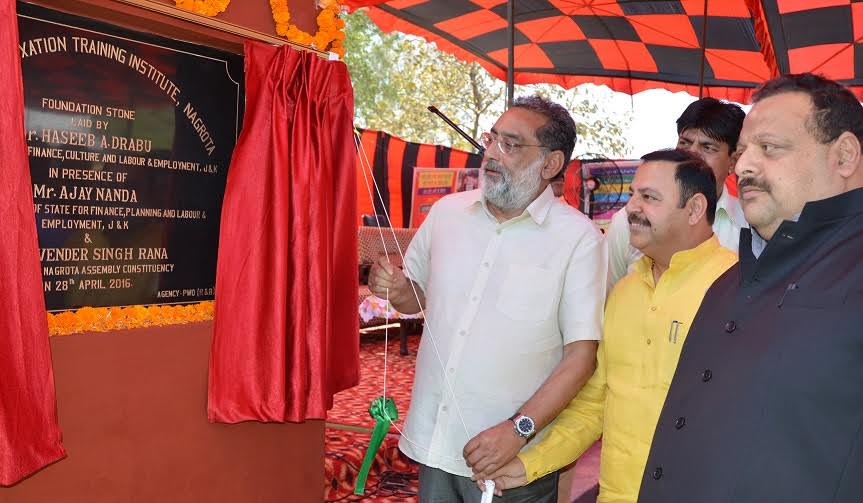 National Conference leader and MLA Nagrota Devender Singh Rana Thursday lived past memories when he spoke about the friendship with Finance Minister Dr Haseeb Drabu at an official function in Nagrota. Rana, a business tycoon, represents Nagrota in the state assembly and is the only NC leader who could win against the right-wing tide.

The two walked the red carpet at a function aimed at laying the foundation stone of excise and taxation training institute.

In his address, reports said Rana suggested Nagrota should become an institutional hub. Given the proximity with the winter capital, he suggested the instututions coming up in the region should come up there.

“We agree to disagree and we may not agree with each other politically,” Rana said in his speech, “but we are friends,” he said.

“Drabu has a huge acumen, which is acknowledged by one and all,” Rana added.

Rana further said that due to difference in politics, either of the two could not manage a meeting. For the public meeting, he expressed gratitude as it gave him an opportunity to meet his “friend”.