In a land known for its shrines and mosques, construction of a new mosque is no big news. But this mosque is unique not only because it is being built on modern lines but also police personnel are contributing from their own pockets to build it. 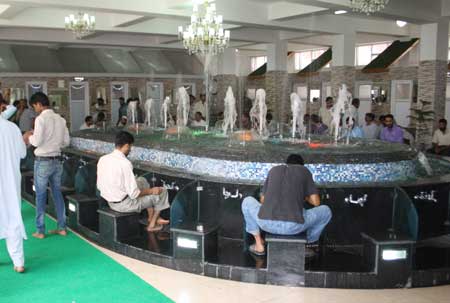 Srinagar’s newest surprise is being built quite faster, these days. It is city’s most modern mosque that is coming up in the district police lines (DPL), in the backyard of the Fire and Emergency Services Headquarters in Batamaloo. Slated to cost more than four crore rupees, it has already incurred an expenditure of Rs 375 lakh including the around eighty lakh rupees which were spent in early 2011 for acquiring 10 marlas (half a kanal) of land.

“Offering prayers was a major problem for the policemen and officers as the nearest mosque was quite a distance away from the police lines.” an officer in the DPL said. “ though we have a mosque near the police control room but since it was built on government land many of us wouldn’t prefer to offer their prayers in it.”, he added. As the new mosque is nearing completion, the masjid committee at the DPL has already hired an Imam who is also supervising the fast paced construction work taking place at the site. “We believe, it should be fully complete within next two months though we are praying in it and its two of the three floors are ready by all means including furnishing,” a DySP rank officer said. The mosque can accommodate around three thousand people at a time.

The mosque is actually a three-and-a-half story marble, brick and concrete structure. Interestingly, however, its ground floor houses a massive fountain around which there are countless tap points for ablutions. There are 35 washrooms, some of whom are fitted with the sanitary systems of global standards. It has a couple of chandeliers adorning its main hall as well. Between the long line of washrooms and the open ablutions points, there are rows of sofa sets meant for the people waiting for their turns to either side.

The main mosque is housed in the first floor that has impressive khatamband ceilings and a huge walnut carved pulpit, the mimber. It has pinjra work on its windows which are currently being fitted with translucent glass panes. Lighting  systems are quite good and are currently being improved. No shelves have been kept to house the copies of Holy Quran as the mosque managers feel that quite a few people go through them if they are placed in shelves. Instead, every row has a wooden space where the copies of Quran with different translations and interpretations are placed. “The idea is simple, a person who comes for prayers will have the Holy Quran just before him and he will surely read a few chapters of the Holy Book in the spare time between the prayers.” , an officer said.

This mosque would not require a hamamas it will be centrally heated. Currently boilers are being installed for the same on one side of the mosque. The only other mosque in Kashmir that has central heating system in place is in Kupwara. It was set up by a religious party quite a long before. For cooling the halls during summers, the police mosque is using air conditioners which have already been fitted. 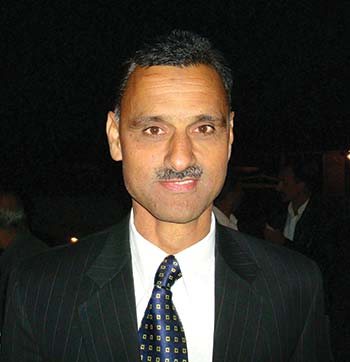 “There are many factors responsible for setting up this mosque and the first and the foremost is that we required it because we have many thousand jawans within the premises who wish to pray,” city police chief Syed Ashiq Hussain Bukhari, the main mover of the project said. “Then there are many secondary reasons including the one that a number of serving officials like me might not have prayed in the mosques for a long time simply for security reasons.”

Bukhari, who is one of many Muslim officers who fought militancy, was dislodged by the incumbent coalition government soon after it assumed office and literally banished to Talwara Police Training Centre. He was then posted as SSP Srinagar at the peak of 2010 crisis. Soon after, the process for setting up the mosque started. “This is the fifth mosque that I have helped jawans build,” Bukhari said. “the other four are in Budgam, Islamabad, Talwara and Pulwama.But to be very honest, I am not doing to create a certain image but simply because the jawans need it.”

In the last few years, a lot of infrastructure has come up within the DPL premises. Apart from a huge shopping-mall style housing structure, there is a clean canteen and an eating place, a world glass gym, a table tennis and billiards hall, and many other facilities including the bank ATM. This entire infrastructure was funded by the police organization. The funding for the mosque has , but, a no-no from the police department. 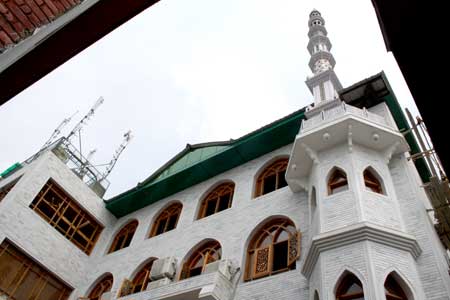 “Jawans are voluntarily contributing and some of them even gave their entire salaries of a month towards the mosque fund,” a DySP said. “All the officers including some posted out of the district also contributed.” Despite all this, the mosque managers said, they are always in arrears. “We owe a good amount to some of the suppliers and sometimes we take credit from the person who runs the canteen because of the cash he has in his shop’” the officer added.

Officials associated with the mosque construction said it was difficult for policemen and their officers to undertake such a huge construction had not the civilians contributed. “There are people who came with cash,” an officer admitted. “You will be surprised that for every two truckloads of cement we purchased, we got one truckload free that reduced the costs.”

Plus, the officers said, most of skilled and unskilled labour was managed from the ranks and does not require to be paid. “If you add all these discounts and the free labour, the actual project cost would be more than five crore rupees,” the officer said.

But given the volatility and uncertainty of the place, the insecurity remains. Atop the mimber is an embedded CCTV camera apparently for security reasons. “You are wrong,” responds the officer when pointed out. “It is another innovation which we have undertaken. It will offer live feed to another level so that if speakers went off, the huge TV screen (being installed) will show the praying lot where the folks are (in prayers) in first floor.”