The election of the Print Media Advertising Association (PMAA) Kashmir was held on Wednesday and a number of office bearers were elected for the different positions. The election was held at Hotel Aqsa in Srinagar and the meeting was attended by all twenty members of the association.

The following members were elected as the office bearers’ of the association. 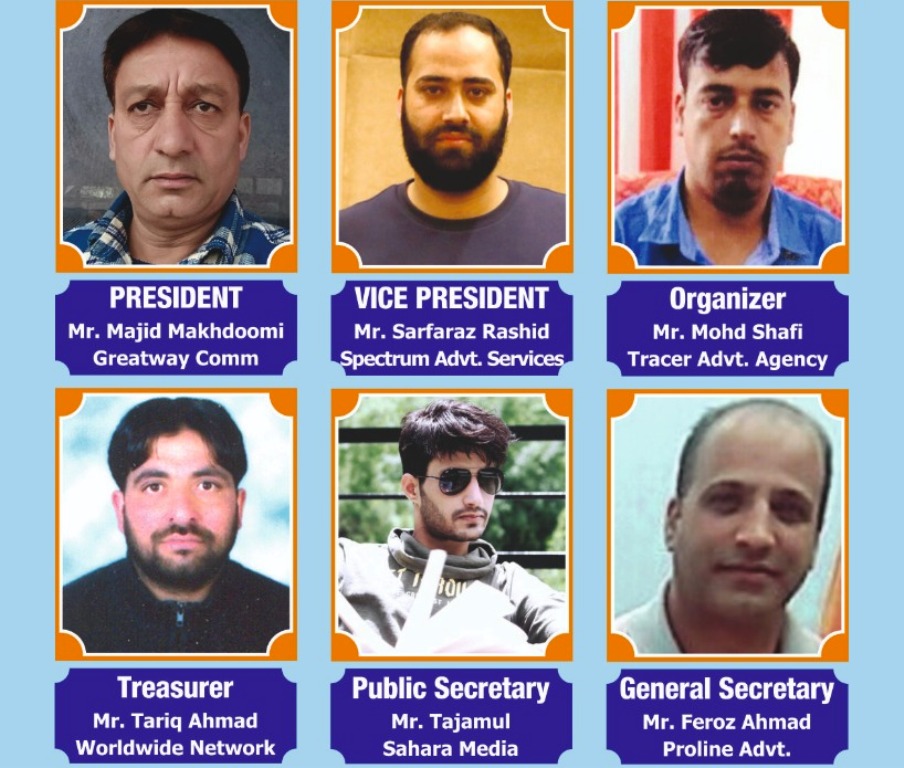