Three non-local guests were thrashed in Ganderbal district on Tuesday by local mob after they were mistaken as braid choppers. Similarly, a British woman and three Australians were briefly detained by mobs, in Srinagar, suspecting them of being “braid choppers”. 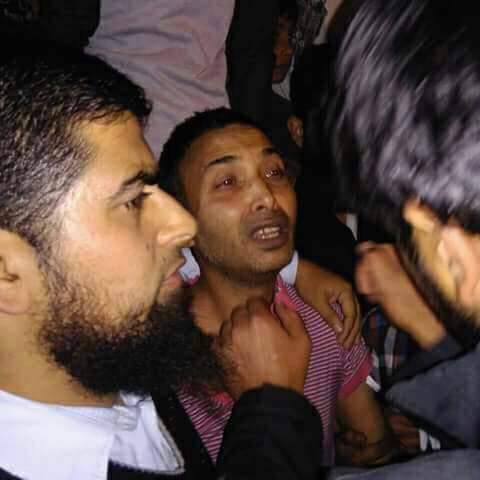 In Ganderbal, the guests, according to police sources, had stopped at Shalla Bugh, some 4 kms ahead of the district, to enquire about a local area where they were scheduled to attend a friend.

In Srinagar, the foreign tourists had lost the plot of their route to reach a local hotel.

The non-local guests caught in Ganderbal were roughed up and thrashed blue and black, police said. Images from the spot confirmed that the guests were thrashed so much that blood was oozing out of their noses and one of them had received a cut on his face. “I will never visit Kashmir again,” as one of teh victims was shouting would remain a huge question mark over the hospitality that Kashmir is traditionally famous for.

While the increased braid chopping incidents and attempts have led to a sense of fear among the people across Kashmir valley, particularly women folk, the lawlessness shown by the local populace have further worsened the situation.

In southern Kashmir’s Islamabad district a 70-yr-old man, Abdul Salam Wani, was hit by a brick last week. “The victim ventured out of his house in the night. One of the relatives mistook him for a braid-chopper and smashed his head with a brick. He died in the hospital later,” a local said.

The vigilantes armed with axes, wooden and iron rods have come up at various places in response to the alleged braid chopping attacks. In almost all the cases police had to come to rescue the “mistaken” braid choppers to save them. 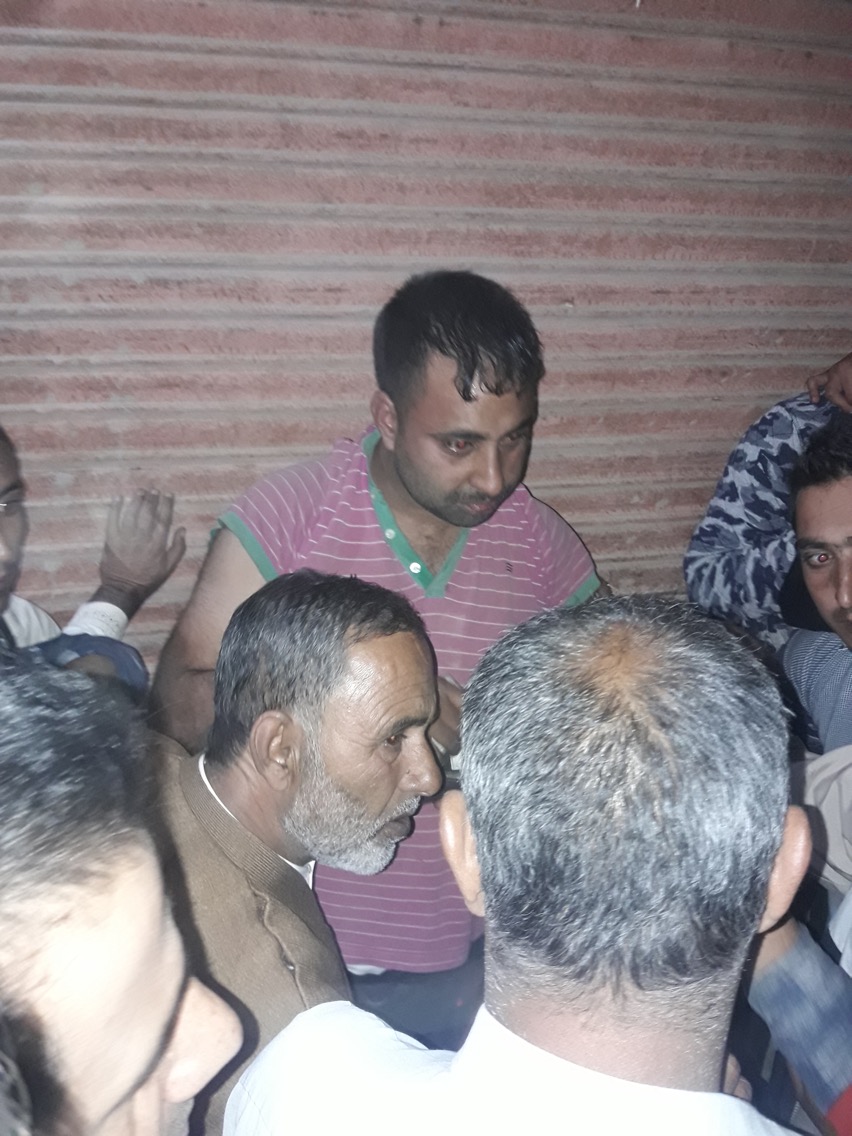 The masses especially women are so scared of the occurrences that none of them even thinks of venturing into open after 6 pm. What adds to the scare is that the groups of people at various places across Kashmir spend nights on roads shouting and creating ruckus.

At many places, a mere knock like sound, creates a volatile situation. Take for example an incident of Barzalla in uptown Srinagar.

Locals said that on Tuesday an attempted braid chopping incident was reported from the area. On Wednesday, a local resident heard a knock like sound at her door and she raised alarm. Announcements were made on Masjid loudspeakers to ask people to come out on roads. Since that day the men folk of the area, mostly spend nights on roads.

Manzoor Ahmed, a local told Kashmir Life: “The locals have been monitoring the movement of braid choppers from past few days continuously.”

A local from Lalbazar area of Srinagar city informed Kashmir Life that for the last few days, the “unfortunate” scare is giving sleepless nights to the residents. “There is not a single day when people do not make announcements on loudspeakers asking people to come out.” Even though there is nothing, it is becoming an epidemic now, he said.  “Mostly, youths come out and start gossiping on shop fronts.” Pertinently, on Tuesday night, some locals were returning from a marriage function from uptown Srinagar to Umar Colony. They were asked to stop by these groups at Bota Kadal. Sensing trouble the driver tried to move ahead and he was attacked with iron rods. The images of the incident were scary. 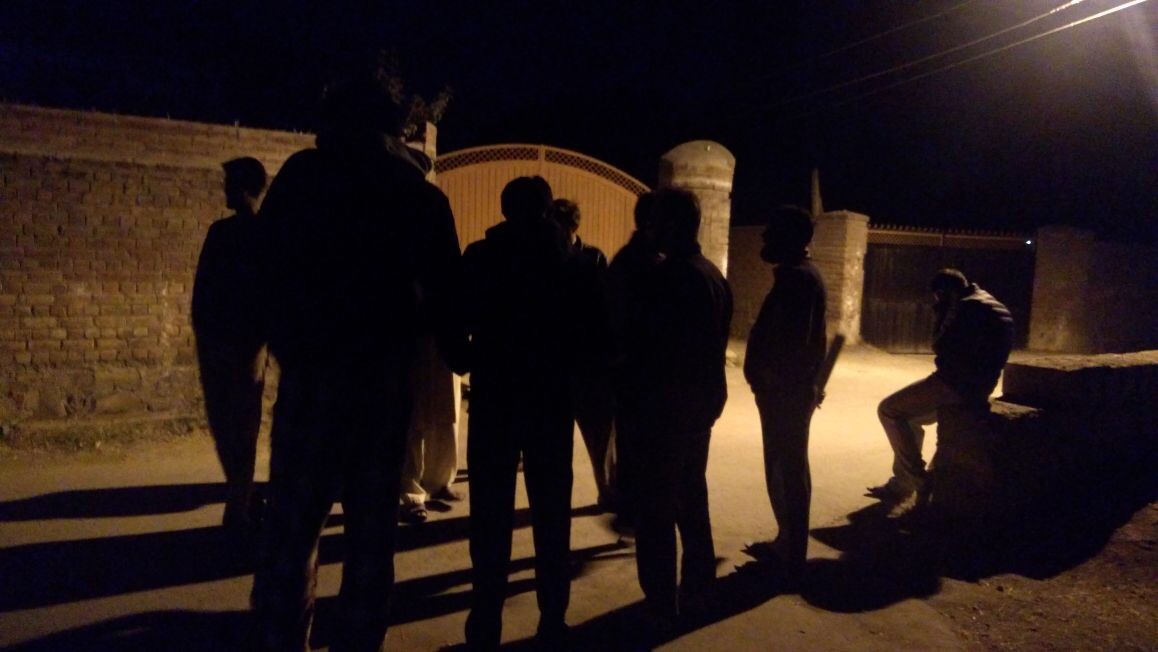 A local scribe who lives in Lalbazar said that he fears to travel late to his home. The Tuesday night incident has left him in utter shock and disbelief. “On the way home, at many place on Wednesday, I saw a group of people on roads with Iron rods in their hands. All along I thought each one of them was looking at me, suspiciously. It was scary, very scary,” he said.

The situation is much worse in southern parts of Kashmir from where the first braid chopping incident in Kashmir was reported on September 10.

A Pulwama resident informed Kashmir Life that people have formed small groups to keep a vigil for the entire night.

At many places in the region, locals were mistaken as braid choppers and thrashed.  The scare is such that a lady said, “I keep an axe at a hands distance.” You never know what is going to happen, she said, adding, “The cries and shrieks in the dead of the night keep me on tenterhooks.”

Barring a few scattered attempts and incidents of braids chopping, the situation is equally worse in northern parts of Kashmir.

“We prefer to stay in a single room for the entire night,” a local resident from Rafiabad informed Kashmir Life. “The scare has taken toll on the health of my mother. She feels depressed,” he said.

“People here have become very frightened by such incidents. They are not able to sleep properly. Before such incidents, people in Rafiabad used to roam freely on the roads till late nights without any fear. But the entire schedule of masses has changed now,” said Faheem Mir, a local resident, adding that people here now close their doors soon after Magrib prayers and sit inside their houses.

Nazir Ahmad, a resident of downtown Srinagar, said: “Vigilantism is all right but the ferocity with which these groups have been functioning has added to the dehumanisation that is in place for last many decades… this must stop because it is impeding Kashmir’s growth, health and questioning the credibility of our society as being human and hospitable.”

To mention, over 100 cases of braid chopping have already been registered across Kashmir since September 10, according to police.

The Jammu and Kashmir Police have also constituted a Special Investigation Team (SIT) to investigate the cases.

Dr SP Vaid on Tuesday said that the victims were cases of depression and attention seekers.