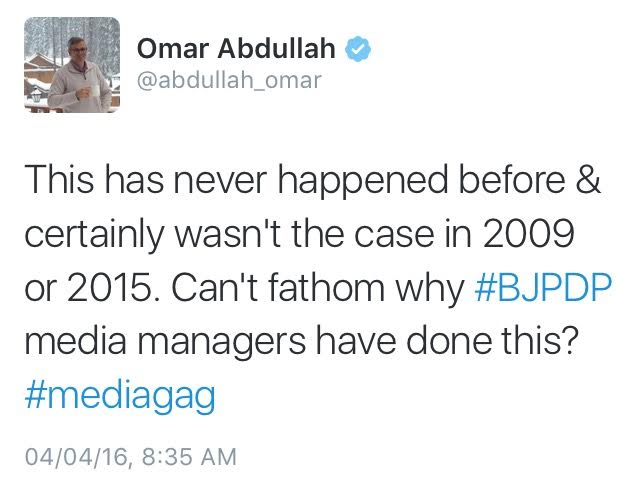 Former CM and National Conference working president, Omar Abdullah, on Monday questioned the decision not to allow most of the electronic media organisations to cover live PDP chief Mehbooba Mufti’s swearing-in as the Chief Minister, calling it an “unprecedented gag order”.

“Apparently only the OB vans of DD & @ANI_news will be allowed to cover the swearing in ceremony of @mehbooba_mufti.

Omar said this had never happened before in the state.

“This has never happened before & certainly wasn’t the case in 2009 or 2015. Can’t fathom why #BJPDP media managers have done this?” he added.

Mehbooba took oath as the first woman chief minister of the state at Raj Bhawan in Jammu today. 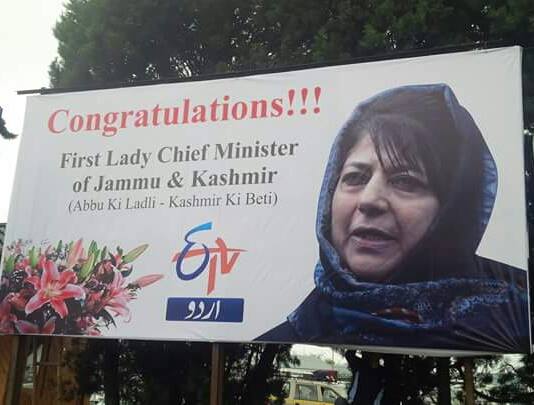 Meanwhile, on Facebook, Omar wrote, “How can we possibly expect objective coverage & reportage from a channel that makes its preferences so clearly known? Even good old Doordarshan would think twice about being so blatant about its leanings. Thankfully know I know that the ‘surveys’ and ‘opinion polls’ aired by this channel have no basis in reality & thankfully so do a lot of other people.”