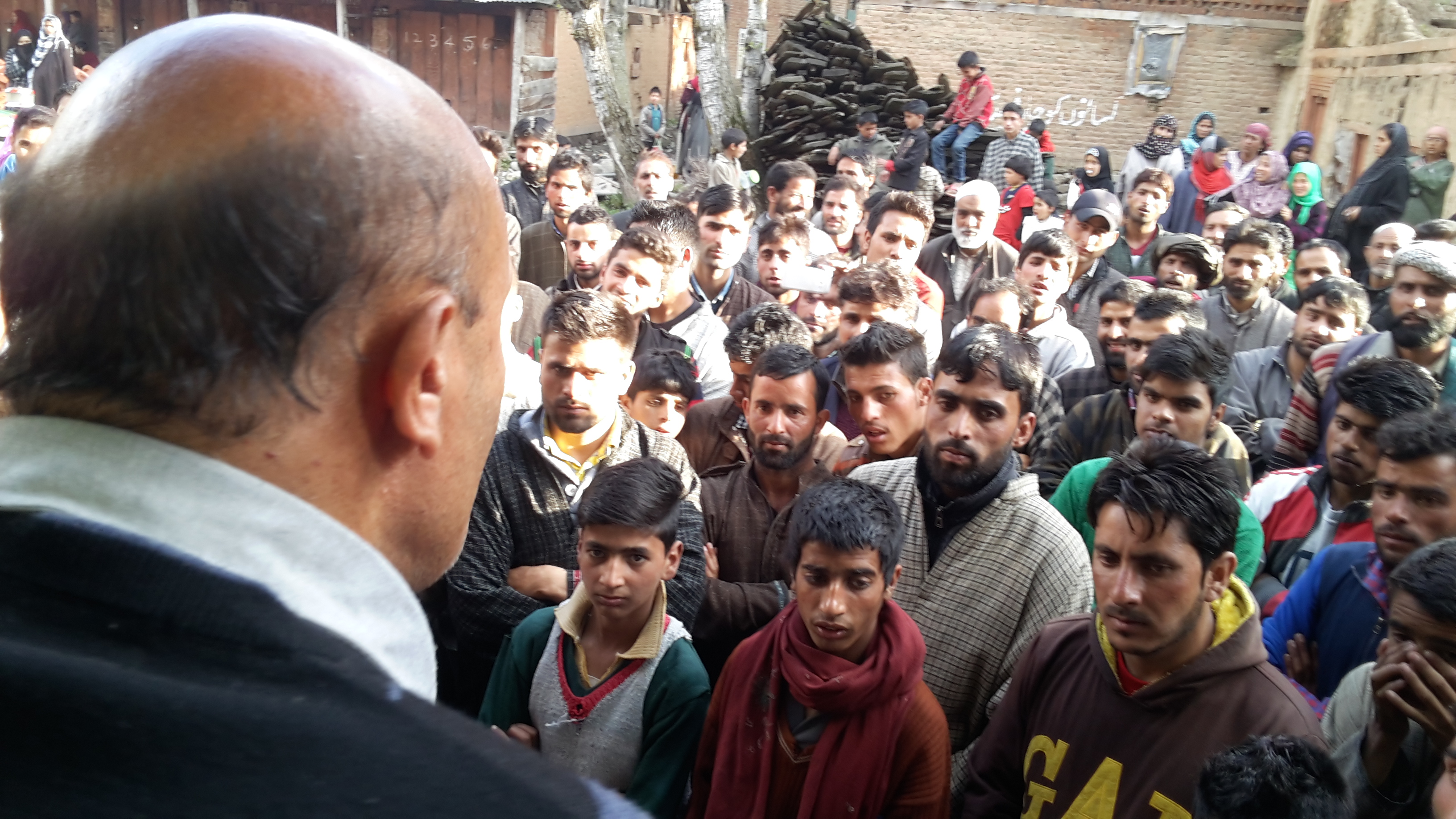 The statement said that Rasheed was told by the family and the villagers about how army led by the commanding officer of 19RR raided the house during midnight and beat Naikoo to death and didn’t allow even his son to call the neighbours.

Er Rasheed later led a protest march against the killing which was attended by hundreds of people hailing from different villages.  “Protestors chanted anti-army and anti-government slogans and sought arrest of the accused commanding officer of 19RR in whose presence the killing took place.”

The said officer, Rasheed said, was so rude to the family that he abused son of the deceased even after his father had expired due to torture. 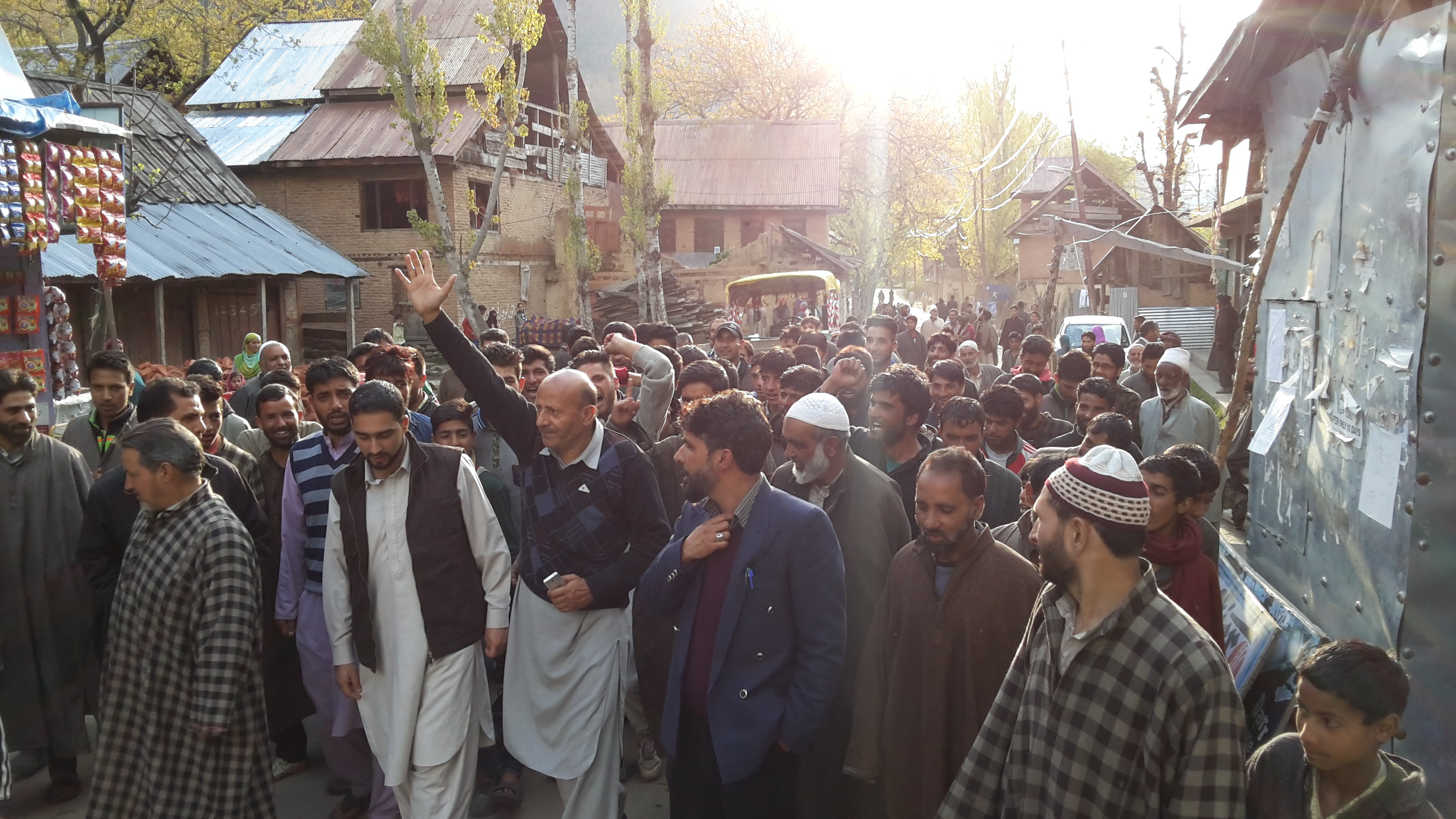 Addressing the people on the occasion Er Rasheed appealed world community not to get mislead by India’s “propaganda”. “Let the world know that India is not only avoiding a peaceful settlement of the Kashmir dispute but has been using worst kind of state terrorism to curb voice of Kashmiris. The state has given a free hand to army and police and the killers in uniform are getting full backing of state machinery.”  On the occasion Rasheed asked police why FIR under charges of murderous assault has not been registered against the CO of 19RR and warned JK police not to act as “collaborators of army”.

He added that police has to explain that if there was any police official accompanying army during the operation and police by hesitating in naming the army officials in the FIR is making its own role suspicious. Rasheed added that the matter will be taken up seriously in the upcoming assembly session and will also be taken to the High Court and SHRC so that the “killers in uniform” are taken to task.