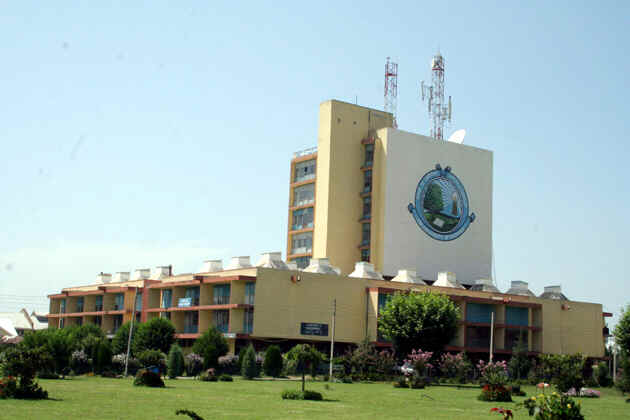 National Conference on Sunday invoked that Governor NN Vohra immediately rolls back the arbitrary fee hike for admission in graduate courses in Government Degree Colleges across the state.

A delegation of aggrieved parents called upon MLA Homshalibugh Abdul Majeed Larmi and Provincial Spokesperson Imran Nabi Dar to plead that they are unable to afford fees that the government colleges are charging for graduate courses, a party statement said Sunday evening.

While assuring the delegation of every possible help, the two leaders appealed the governor to have a relook at this decision and immediately withdraw the orders.

In a joint statement, Larmi and Imran said that Education was a fundamental right and it was state’s prerogative to ensure that no student rethinks about pursuing higher education because it is unaffordable for him.

“The sudden hike of fee from Rs 2800 to Rs 7000, to say the least is injustice with the economically challenged families in the state,” Imran said, adding, “The Governor must ensure that the higher education authorities do not resort to such a steep hike in fees, considering how difficult it is for parents who have had to face the brunt of September 2014 floods or who have no substantial avenues of income.”

“Education is an important step towards alleviating the sufferings of poor and backward classes. And with this premise it is necessary to ensure that such families are not left out only because they cannot afford it. By bringing such arbitrary and non-justifiable fee hikes government is playing with the future of those students whose parents are unable to bear such a hike. So in the interest of general public, state government must ensure that an amount of Rs 2800 is charged for admissions in state colleges.”