SRINAGAR:  Global publisher Routledge of the Tylor & Francis Group has published a mathematics textbook by two young Kashmir mathematicians Firdous A Shah and Azhar Y Tantray that is considered as the “first of its kind”. The book Wavelet Transforms: Kith and Kin is about wavelets and will be out in the market in early 2023.

Firdous and Azhar are the faculty at the University of Kashmir’s South Kashmir campus.

Wavelet, it may be recalled here is a mathematical function used to divide a given function or continuous-time signal into different scale components. Experts assign a frequency range to each scale component and study them with a resolution that matches its scale.

“This book is the first of its kind totally devoted to the treatment of continuous signals, and it systematically encompasses the theory of Fourier transforms, wavelet transforms, geometrical wavelet transforms and their ramifications,” the publisher has said.  It serves as an introduction to contemporary aspects of the theory of wavelets from a mathematical and signal-processing perspective. The distinguishing feature of the book is that it takes care of the erstwhile and subsequent developments in the context of the notion of wavelets. “The authors intend to motivate and stimulate interest among mathematicians, computer scientists, engineers and physical, chemical and biological scientists.”

The inception of wavelets, it may be recalled here, about three decennaries ago has not only opened up a new vista of mathematical analysis but also revolutionized applied mathematics, and computer science and engineering by serving as a potent tool for analyzing and processing univariate functions or signals containing singularities.

The wavelet theory has been formalized extensively due by mathematicians, physicists and engineers in such a way that the subject is now considered a nucleus of shared aspirations and ideas. The theory has attained a highly distinguished position in the harmonic analysis as the application potential is continuously piercing across the boundaries of different subjects. As of now, various directions of research have been established in the theory of wavelets and the subject has paved it’s way into diverse branches of science and engineering, with the most notable ones being signal and image processing, approximation theory, geophysics, astrophysics, quantum mechanics, computer science, statistics, economics and finance, control theory, differential and integral equations, numerical analysis, physiology, medicine, neural networks, chemistry, nano-technology and more.

The book is written from the ground up with target readers being a senior undergraduate and first-year graduate students, and it can serve as a reference for professionals in mathematics, engineering and applied sciences. The text is written in an enthusiastic, engaging and reader-friendly manner while being quite resolute in being as self-contained as possible.

Each major concept is elucidated with illustrative examples supported with vibrant graphics, which shall significantly improve the understandability of the concepts.

Firdous A Shah earned his post-graduate degree in pure mathematics from the University of Kashmir and a PhD in applied mathematics from the Central University, Jamia Millia Islamia, New Delhi. Author and co-author of more than 150 journal articles, Shah’s research interests include the theory of wavelets, time-frequency analysis, abstract harmonic analysis, sampling theory and applications of wavelets to signal processing and mathematical biology. Besides, he has co-authored two books with Prof Lokenath Debnath (University of Texas) on wavelet transforms and their applications published by Birkhäuser, Springer. 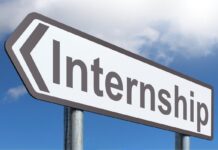 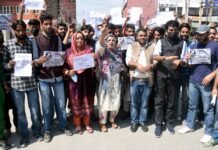