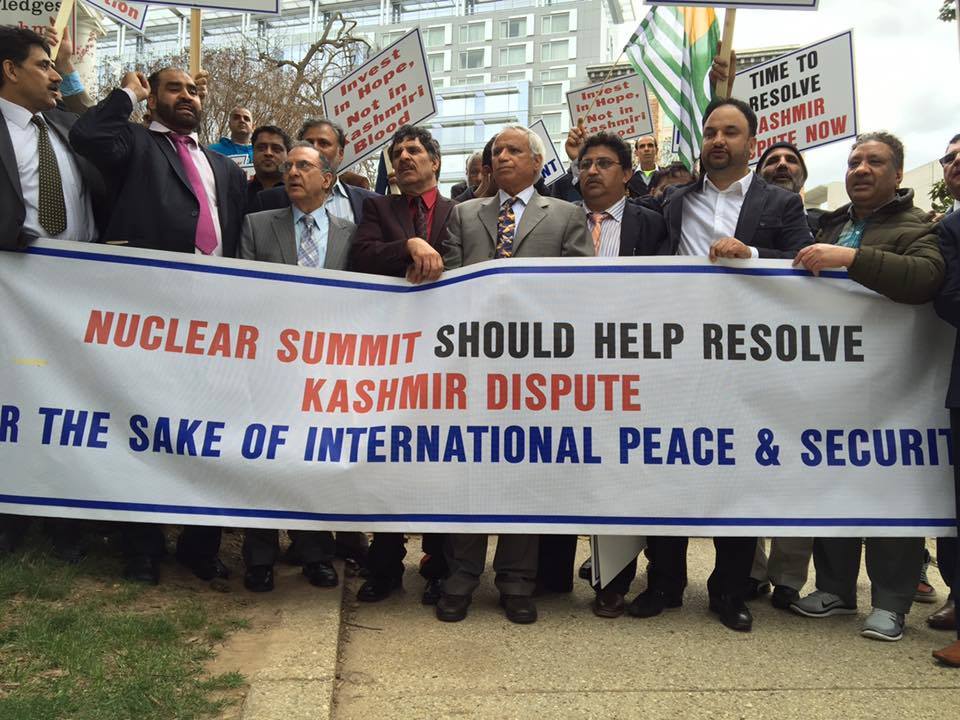 In an attempt to make their voices heard internationally, the Sikh and Kashmiri Diaspora approached the European Council urging it to engage the Indian leadership and “question their role, attitude and covert methodologies” with which they “crush aspirations” of ethnic minorities and nationalities in the country.

In a statement to CNS, Dal Khalsa spokesperson said that registering their protest during the visit of the Prime Minister of India, Narendra Modi, in Brussels on 30th March, the four Sikh bodies of Europe joined hands with Kashmiri pro-freedom group’s to submit memorandum to members of European Parliament to express their communities concerns and plight in Punjab and J&K respectively.

Members of Kashmiris and Sikh communities staged their protest outside the European Parliament in Brussels while the Indian PM was participating in India-EU summit to discuss trade and other related issues.  Both the communities presented their memos separately.

Dal Khalsa representative Jagmohan Singh Mand who handed over the memo to European Council president Martin Schulz on behalf of Sikh groups told him that prejudice, discrimination and hatred against Sikhs and Muslims “was not new in India”, earlier it stayed hidden under previous regimes. Today, it was out in the open. “We are going through dangerous times,” he said.

The memo signed by representatives of Sikh groups stated that the worst fears of ultra-nationalism and jingoism in India as loudly propagated by RSS- BJP have come true.

From Christians to Muslims to Sikhs, from JNU to Hyderabad university students to union leaders, from Professors to activists, everyone was at the receiving end. “In this heavily loaded climate of fear, the minorities and Dalits are being told, loud and clear, ‘If you do not subscribe to ‘our’ definition of ‘Nationalism’ as coined by the Hindutva fanatics led by RSS, then you are anti-national”.

Rejecting this notion of being ‘Indian’ as propagated by the RSS-BJP; they said the Sikhs have their own sovereign identity and glorious past. They urged the EU members to keep the aspirations of ethnic minorities and struggling people in mind while engaging with leaders like Narendra Modi. They cautioned the international community that human rights should not be sacrificed at the altar of commercial interests.

The memo had details of massive human rights violations including torture, enforced disappearances’, extrajudicial killings that Kashmir and Punjab faced in the last three decades.

The illegal detentions of pro-freedom activists, and killings of demonstrators in police firing’s in Kashmir and Punjab was also mentioned in the memo’s.

While expressing their solidarity with the government of Belgium in their hour of grief, they offered heartfelt condolences and prayers to the families of the innocent people who lost their lives in the senseless attack during Brussels bombing.