For the last few days the in-thing in virtual media is #SelfieWithDaughter that Prime Minister Narendra Modi launched. Though Modi has lived the life of celibacy, his campaign has been a smash hit and it made to the front page of the New York Times. Basically started by a Haryana villager, Modi talked about this campaign in his radio talk. This was an instant hit. Aimed at conveying the parents lack a specific preference for sons, the selfie campaign is expected to restore the confidence of the people in having daughters, who usually took the female foeticide route. Haryana has remained an epicenter for this.

But in Kashmir, it has paved way for a completely different campaign on the social networking sites in which people are posting pictures in which either the daughters are crying over the death of their father or simply trying to get them traced. Here are the “selfies” from a conflict ridden spot 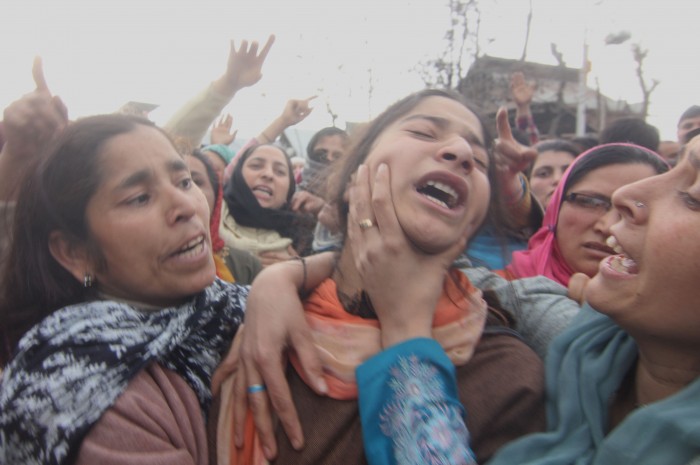 Within an hour after the Fidayeen attack at Bemina in March 13, 2013, a few vehicles carrying CRPF personnel were on their way to SKIMS. They received a few stones and while they passed Zoonimar, they opened fire at Altaf Ahmad Wani, who was crossing the deserted road along with his uncle. Two bullets were fired and both hit the chest of Altaf who was father of three girls and the lone breadwinner for his family that included his aged parents. In this pic, Wani’s wife and daughter mourning the irreparable loss. 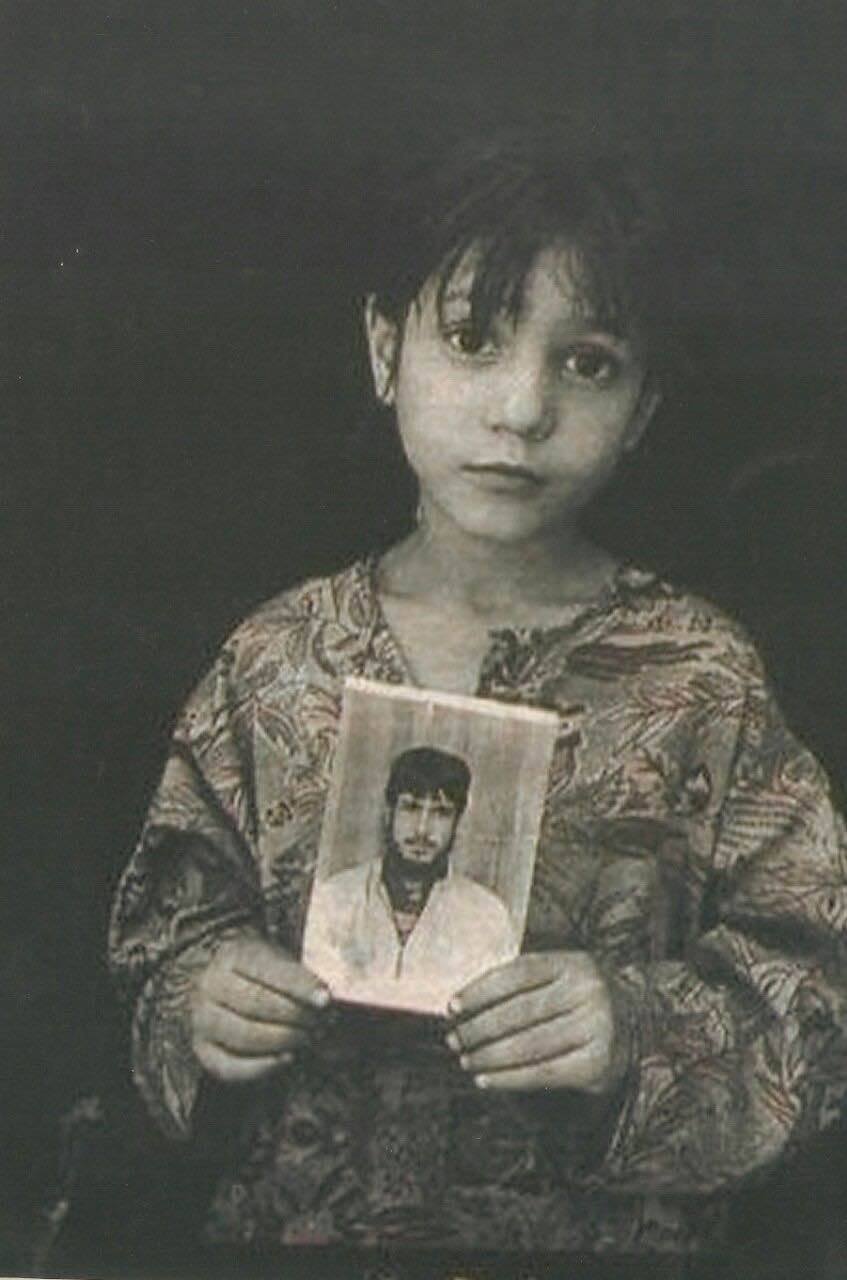 Daughter of Ghulam Mohidin Mir, disappeared by government forces has been waiting for her father for last 25 years. Pic courtesy, Amnesty.

Razia Sultan’s search of her disappeared father incidentally led to the discovery of mass graves. But this daughter from north Kashmir’s Uri had to face arrests and torture for carrying with her unending search. She lost her husband to the situation and now survives as a small time contractor. 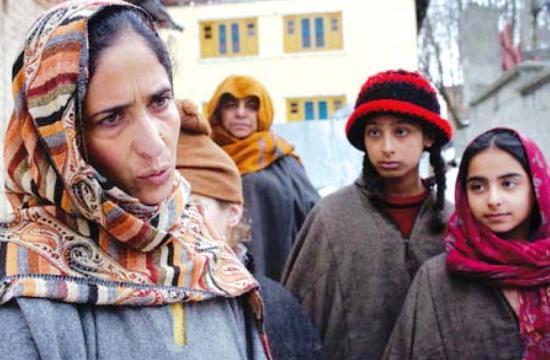 A mother with her daughters recalling the scars of Chittisinghpora Massacre that saw 35 Sikhs being brutally killed in March 2000. The identity of the perpetrators of the carnage remains unknown till date. 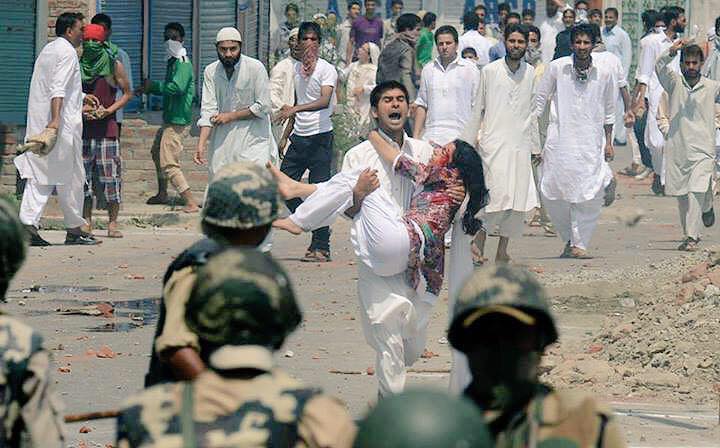 A father running  to get help after his daughter was shot in the head with a tear gas shell in Srinagar. 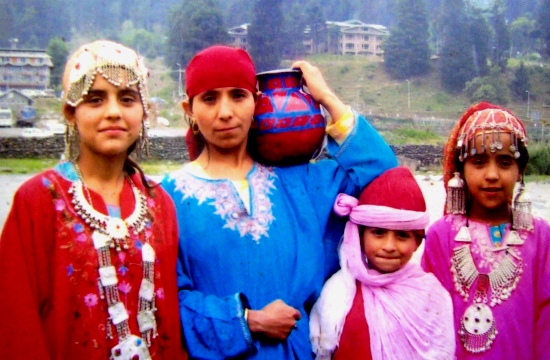 The family of Mohammad Lateef Wani murdered at the peak of Amarnath land row in 2008. Wani was murdered by rioters and not killed in a road accident as the state authorities claim. 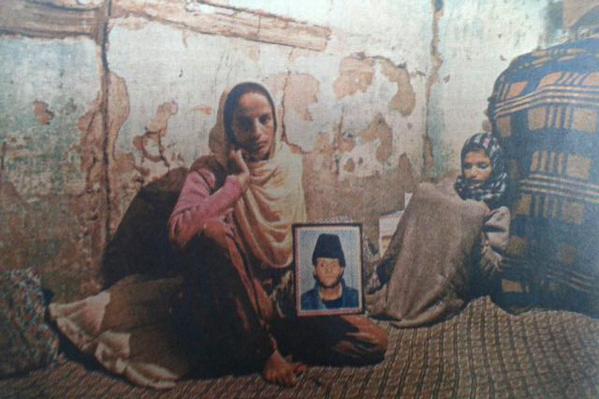 Naseema who lives with her daughter shows photo of her husband disappeared by government forces. 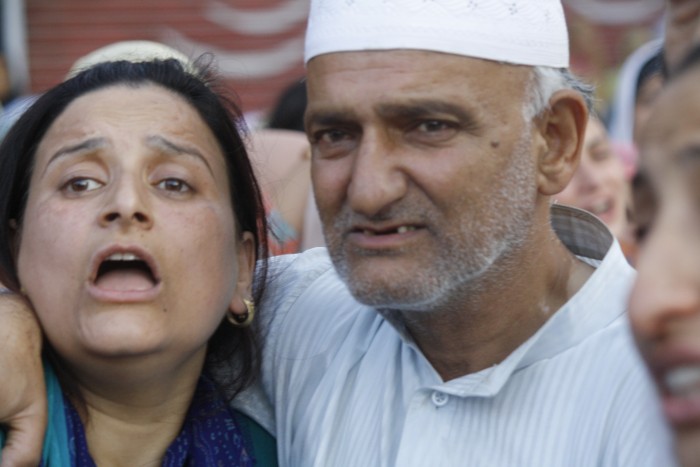 The father-daughter duo in shock over the killing of their family member in forces action at Maisuma. Not a pleased #SelfieWithDaughter this! 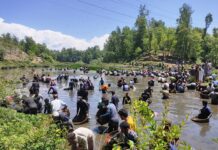 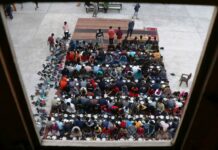 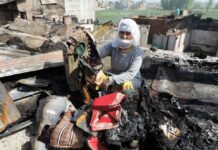 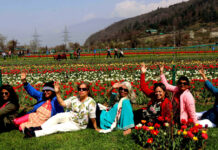 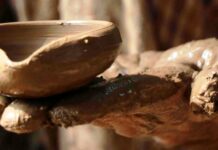