Expenditure of billions of rupees is in the pipeline to improve the infrastructure in J&K. But the priority in public spending lies more in strategic belts than, reports R S Gull

A slew of projects are in the pipeline: two rail lines to be identified in Ladakh; 40 road projects being taken up in Ladakh; a power transmission line that has been lying in limbo for a long time is being revived for implementation between Leh and Srinagar; Zoji La tunnel on which the spadework was going on is being put to fresh bids and Governor N N Vohra has asked defence builder Border Roads Organization to fast forward all its tunnel projects in J&K.

Some of these projects have already been taken up.

In Ladakh, for instance, BRO is either developing or up-rating around 40 roads with a cumulative length of 2970.62 Km in addition to 13 roads of 282.49 Km length which is already maintaining.

Now defence ministry has prioritized two railway lines connecting Ladakh with the rest of the plains. Work on the final location survey (FSL) on Bilaspur-Mandi-Manali-Leh line is about to start.

Though the spadework had started on the Zoji La tunnel, the centre has decided to opt for rebidding the strategic Rs 10,050 crore project. Factors responsible for reported rebidding include the project being given to Nitin Gadkari supported firm IRB Infrastructure as Congress alleged. The minister in-charge of the highways has been associated with the firm and has finally decided to go for rebidding to maintain complete transparency and uphold probity in public life.

Construction, operation and maintenance of Zoji La tunnel including approaches on NH-1 (Srinagar – Sonamarg – Gumri Road) on design, build, finance, operate and transfer (Annuity) basis was allotted to IRB Infra on January 3. It triggered demands of sacking of Gadkari for the strategic Rs 10,050 crore project.

In Jammu, last week, governor N N Vohra has asked BRO boss, Lt Gen Suresh Sharma, to fast forward the process of creating Detailed Project Reports (DPRs) of six tunnels in the state. The tunnel at Chattergala on the Bani – Bhaderwah highway will make Chenab accessible from Punjab. And imagine the change that these tunnels will dictate in Kashmir: on Razdan Pass making Gurez accessible round the year; on Sadhna Pass making entire Karnah an almost a 2-hour drive from Srinagar; on Z-Gali that will help Machhil have adequate health care during winters and at Furkiyanwali Gali making Keran not-so-distant a place.

The only factor that is making all these projects a priority for the state and the central governments is their strategic importance. The emphasis in the expenditure strategy in defence and home ministries is that the communication infrastructure in the border areas should be laid close to the LoC, International Border and the LoAC in Ladakh. Apparently, the top-notch infrastructure that Beijing has laid is the main factor leading to a massive investment on roads and the railway line.

Once ready, there is no possibility of these projects to be exclusively used by the security set up. But the people in the state have certain projects as their main priority but these seemingly do not fall in the official priority. The Srinagar-Islamabad road, part of the Baramulla-Jammu highway is one instance. While most of its stretches falling in its tail end are operational, nobody in Kashmir knows when this could be ready to use.

J&K has an energy deficit as its top priority. While everybody is waiting for the decision that BJP government in Delhi will take on the PDP demand of returning two projects from NHPC, nobody is focusing on what its own governments in J&K are doing. Three major projects, in a row, stand grounded for one or the other reason and successive governments are responsible directly.

By the last month of his government, former Chief Minister Mufti Sayeed in 2006 had kept an agreement ready for signature by his successor Ghulam Nabi Azad. This agreement with an off-shore company, by now, would have given J&K 1200-MW project at the cheapest rates on earth at Sawlakote.

Azad government under pressure from the Congress High Command cancelled the agreement and the case went to court where it lost because the off-shore consortium proved its case. By the time, Azad understood the gravity of the mess his party created, he lost his throne. Two successive governments’ later, nobody could pick up the threads and ink the deal. For his 10-month period, this project did not make a priority for even Mufti who was so keen on it in his earlier turn.

Given under build, operate, own and transfer (boot) basis, GVK got the project at an anticipated tariff of Rs 1.44 per unit of energy. It also paid upfront premium of Rs five lakh per MW to owners. Project owner state-owned SPDC would get 16% generation as royalty (instead of 12% that NHPC is giving) and have the first right to purchase for 55% (@ Rs 1.44 a unit) and the rest of the generation would go to the market. SPDC would get the project back after 35 years.

Supposed to be ready in 2017, GVK had allotted civil part to L&T (November 2012), achieved financial closure with the Power Finance Corporation (September 30, 2013) and allotted the electro-mechanical part to Alstom (October 2013). The then Prime Minister Dr Manmohan Singh flew to Kishtwar for laying the foundation stone on June 25, 2013. A year later GVK ceased its operations and fled. Now the government has permitted them to abandon the project.

Even though the two phases of the Baglihar totaling an installed capacity of 900-MW had completed in three regimes, the overall generation story remained grim. The focus remained the 1000-MW Pakal-Dul project. To be set up by the Chenab Valley Power Projects (CVPP), a JV between SPDC, NHPC and NPTC, this project on Marru-Sudhar River in Kishtwar failed to take off even after 23 years!

In 2015, CVPP management allotted the project to Mumbai-based Patel Engineering Limited (PEL) for Rs 8,904 crore . It had already tied up with Turkish Limak Holding and state-owned Bharat Heavy Electricals Limited for setting up the project. This was the lowest bidder in the four companies.

Established in June 2011, CVPP was given three projects – Pakal Dul, Kiru and Kwar with an aggregate capacity of 2220 MW, to implement on the Chenab River. This was the first project it allotted.

Last week, it cancelled the deal.  It has asked the successful party that it had quoted excessive prices. The bidder was supposed to set up the project in 66 months.

“For all these years CVPP has spent Rs 74 crore,” a top officer in the state government said. “If it can not manage a tendering process, what can it co?” The officer said that if the party had sought more costs, why it could not be detected at the time of the tendering. The loss, he said, has three facets: the loss of face, loss of time in allotting and not doing anything and now finally seeking fresh bids.

The only positive development that is now coming from CVPP is that the DPR for 624 MW Kiru has been approved by the Environment and Forests ministry. This project to come up coming up in Patharnakki hamlet of Kishtwar  would require 179.78 hectares of land including 82.05 hectares from forests, 51.37 hectares that government owns and 46.36 hectares of private land. Their tentative cost is currently at Rs 4640.88 crore excluding Rs 162.43 crore required to manage ecological restoration and rehabilitation part. 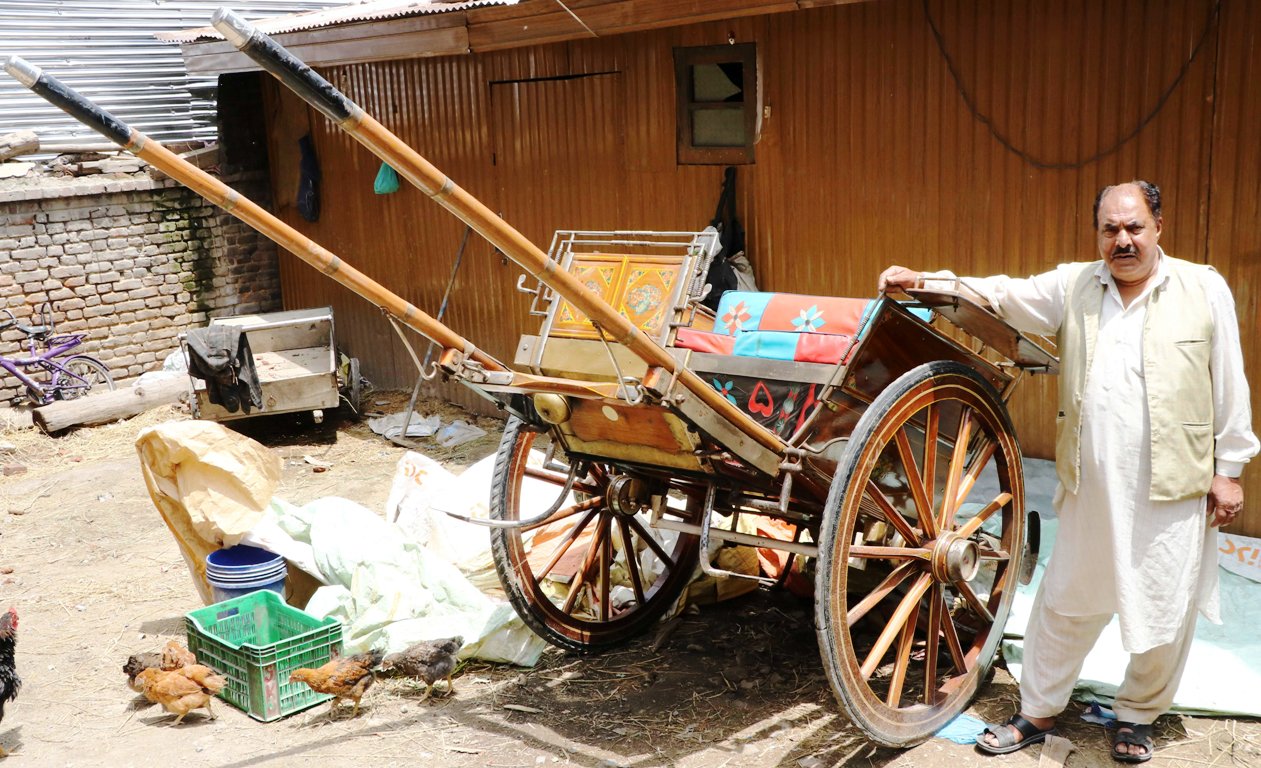 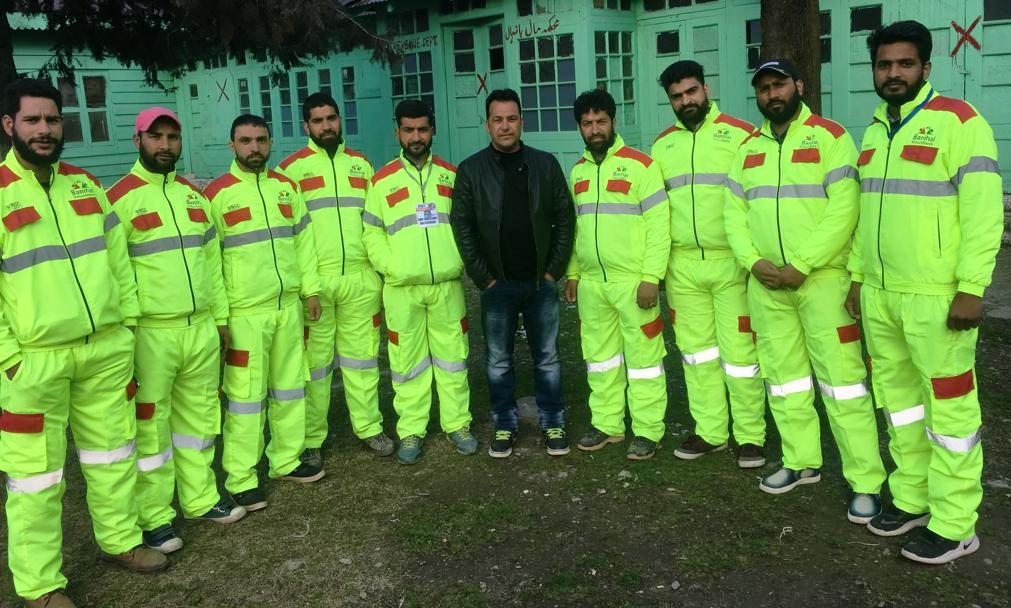 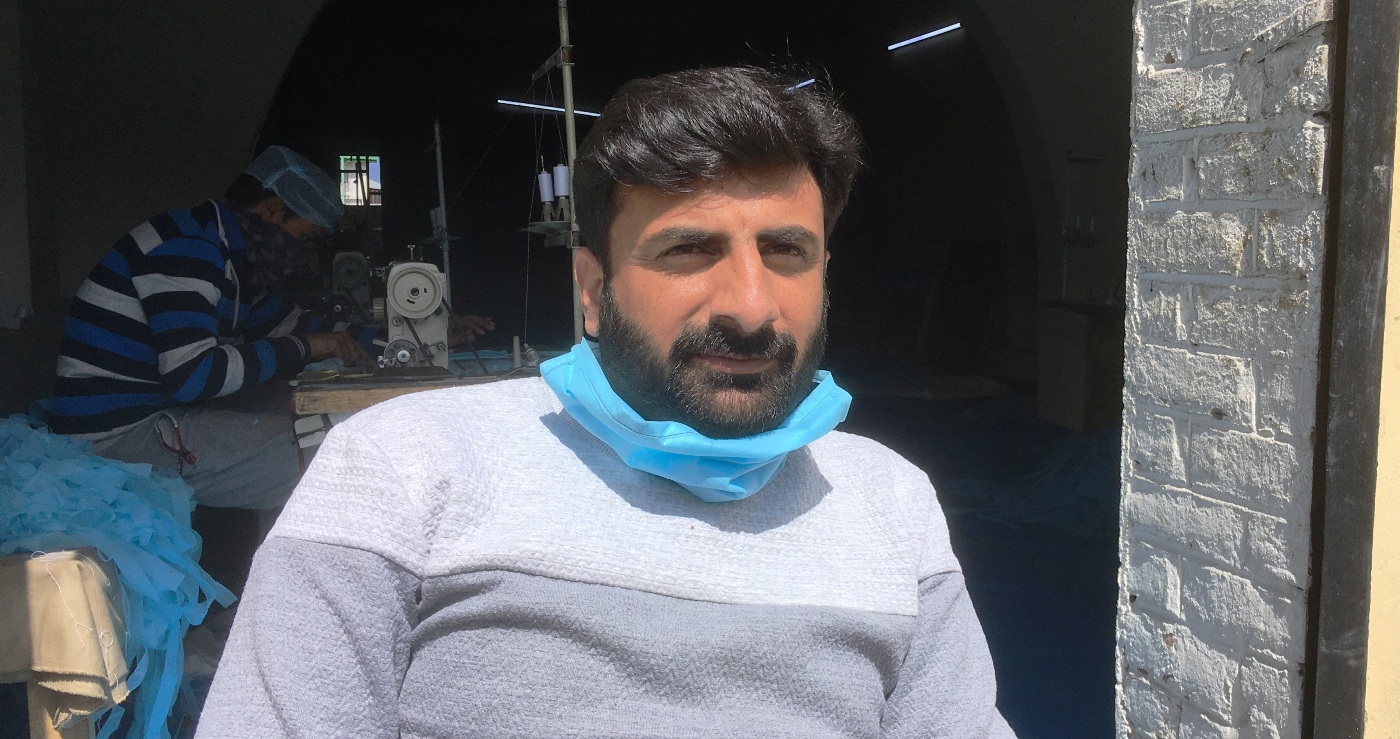 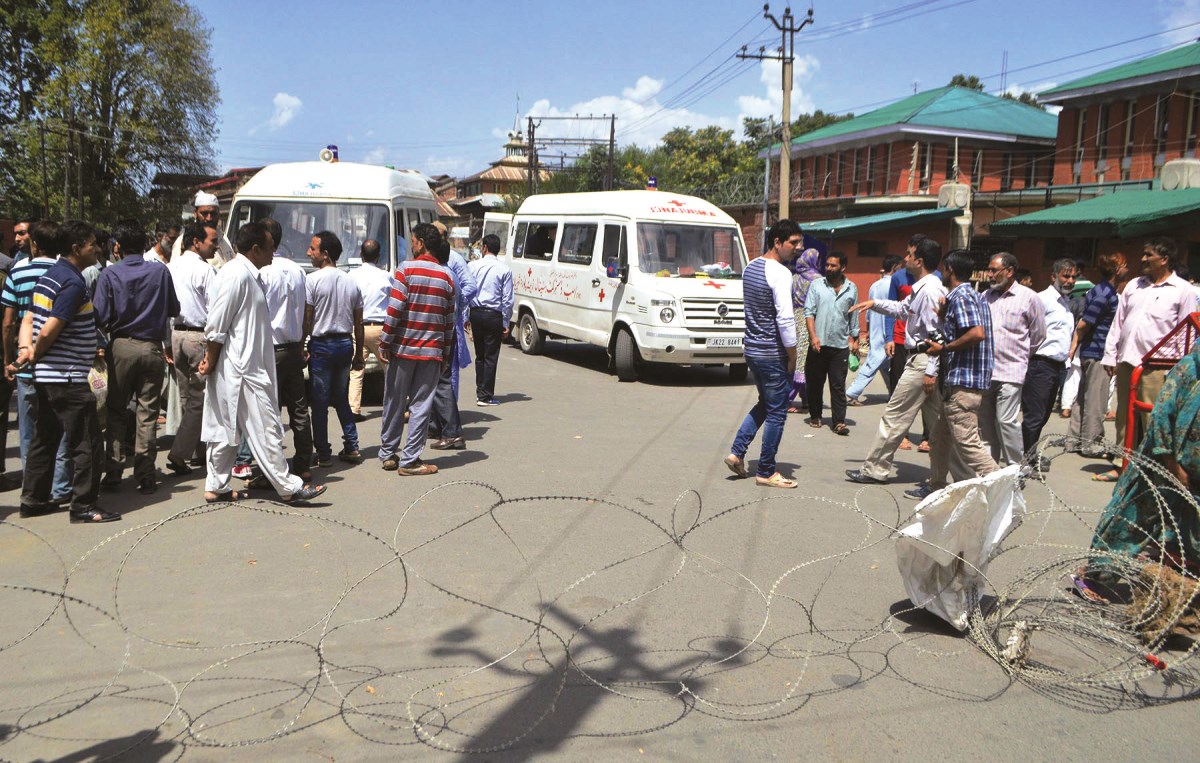 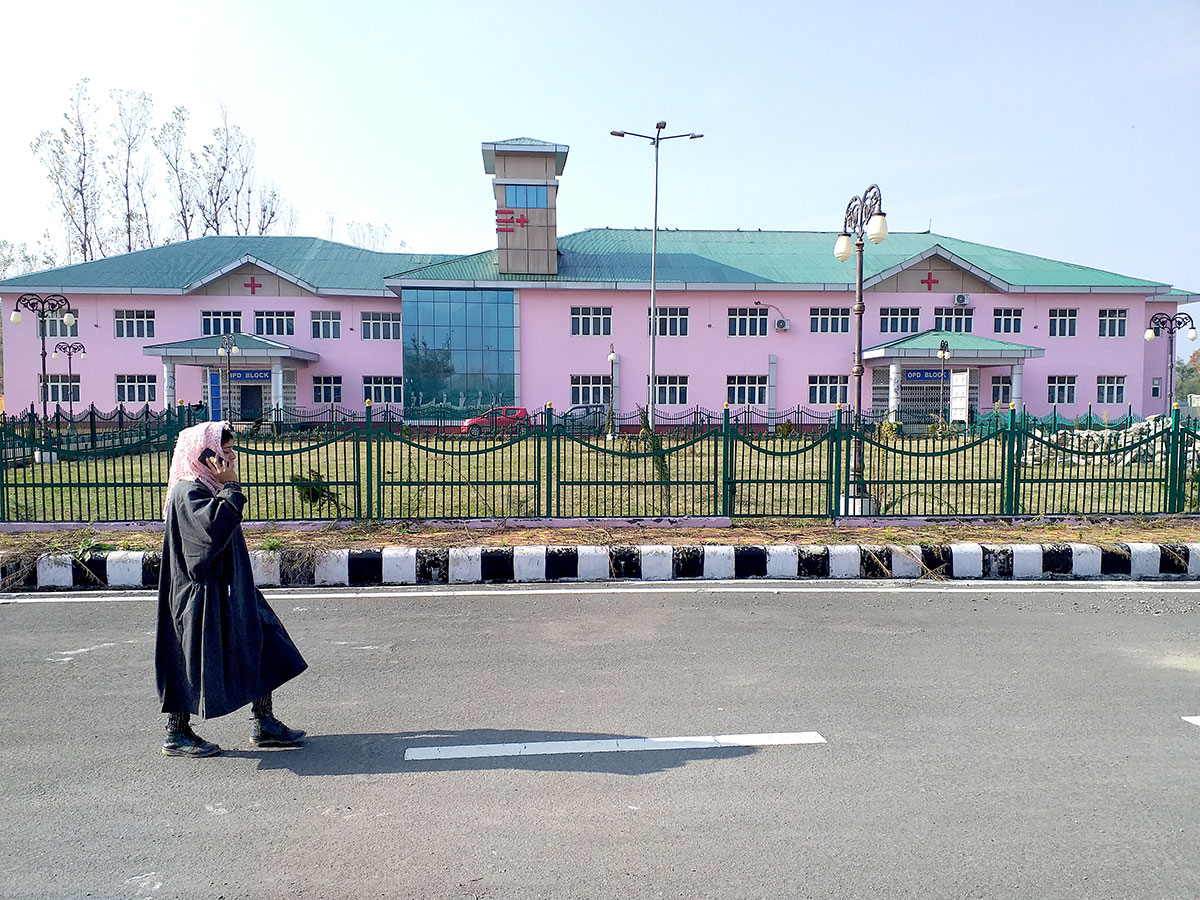 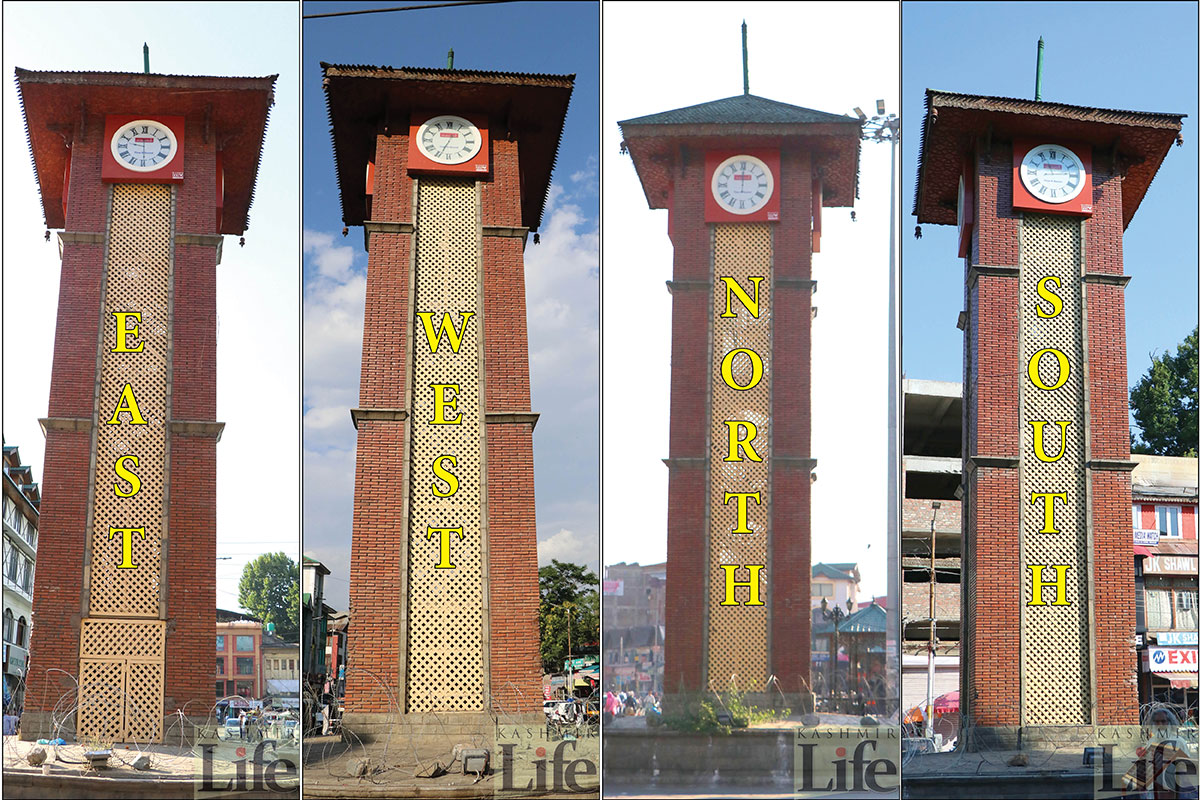