Kashmir is on the boil again. What happened in Handwara on Tuesday is hardly unusual.

This has been a familiar story that Kashmir has lived and relived for the past many decades, especially since more than half a million troops were deployed in the state after the 1989 uprising. The administration’s promise of ‘investigation’ into the killings is also as predictable as the inevitable outcome of such probes.

There has been a long and bloody trail of indiscriminate killings, rapes and disappearances. Accusations of sexual violence aren’t new either. As Shuddhabrata Sengupta argues in Kafila, a predatory sexual profile has been part of the operational signature.

Truth be told, the average Kashmiri, as JNU student leader Shehla Rashid asserted at the recent India Today conclave, has seen nothing but a negative side of the great Indian democracy that is rightly celebrated for its diversity and secular, political institutions.

What is scarcely surprisingis the presence of more than one million troops in the Valley, breathing down its people’s neck for the past three decades.

India can never win Kashmir nor Kashmiris. While troops, whocross the line are allegedly court-martialed and brought to justice elsewhere in India, they get away with murder, and more, in Kashmir, thanks to the “special powers” that they are armed with in Kashmir. “Special powers”, in Kashmir case, is nothing but farce because India has acted as a colonizer.

With or without draconian AFSPA, POTA, TADA, Disturbed Areas Act, or PSA, killings, rapes and disappearancesdo take place in Kashmir.

Indian troops have been doing the same, however, donning the black apron of democracy.

Solders, “disciplined”, are above law in Kashmir. Not in a single case, they have been convicted. But India’s democracy completes in Kashmir, interestingly.

You know, the fake ultra-nationalism gets 24*7 coverage in Indian media. Special crews are flown to NIT Srinagar, to waive the Tiranga, but six people are killed; bloodbath continues, yet there is no mention.

Ah! Democracy, thy name is India! 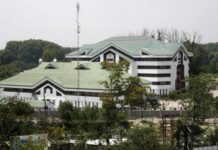 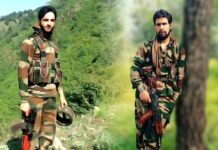 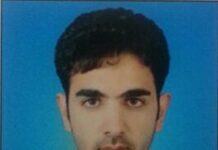 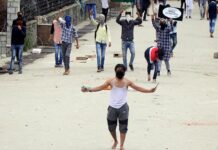 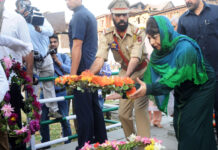 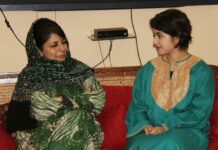