Over 22 packets of brown sugar, weighing 200 grams each, was Friday seized by police and customs officials from a cross-LoC (Line of Control) trade consignment at Salamabad Trade Facilitation Centre in Uri, sources said. 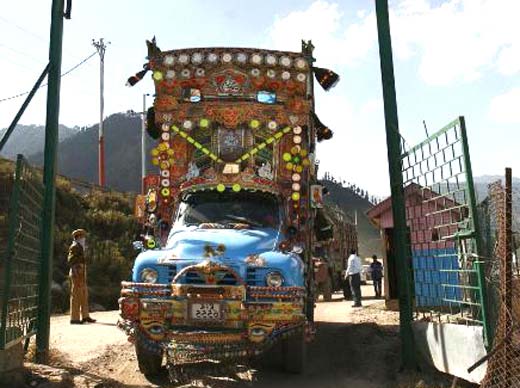 The recovery was made during a routine check of the items. Sources said the checking of the truck, bearing registration number X-8267, is still underway and it is presumed that it might be carrying more packets of contraband.

Cross-LoC trade between parts of Kashmir began in October 2008. The trade takes place four times a week through the Salamabad centre in the Kashmir valley and the Chakan-Da-Bagh crossing point in Jammu region. At present, trade is allowed in only 21 items, including fruits, vegetables, pulses, handicrafts and footwear.