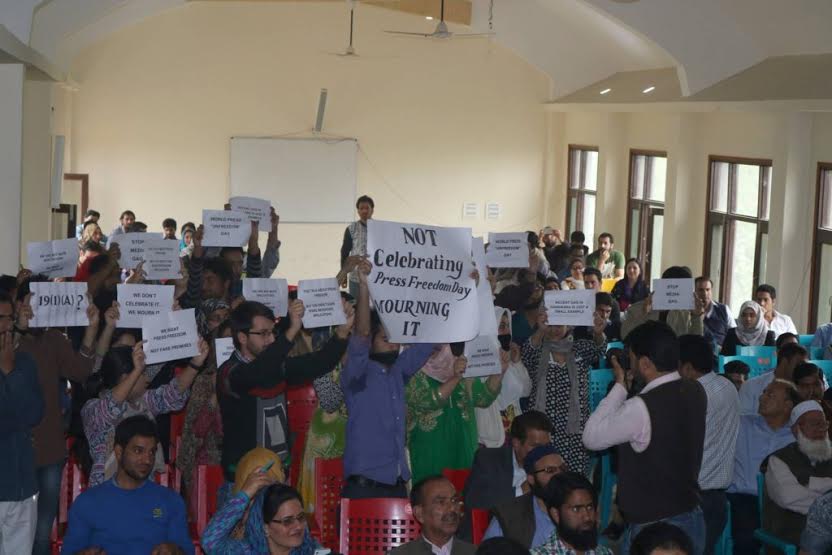 Scores of Central University of Kashmir students Tuesday reacted in protest to an event organized by the JK Press Association in collaboration with the University, to celebrate the World Press Freedom Day on Tuesday.

Divisional Commissioner Kashmir, Dr Asgar Hassan Samoon, was the chief guest at the event. Director Information, Muneer-ul-Islam, was also present on the occasion.

“The demonstrators, mostly second semester students of convergent journalism, stood up during the function as soon as the Divisional Commissioner started speaking, and displayed placards against media gag in Kashmir,” a statement issued by a student said this late evening. One of the placards read, “We are not celebrating the press freedom day, but we are mourning it.”

The students then walked out of the function and staged a silent sit-in demonstration in the University lawn. 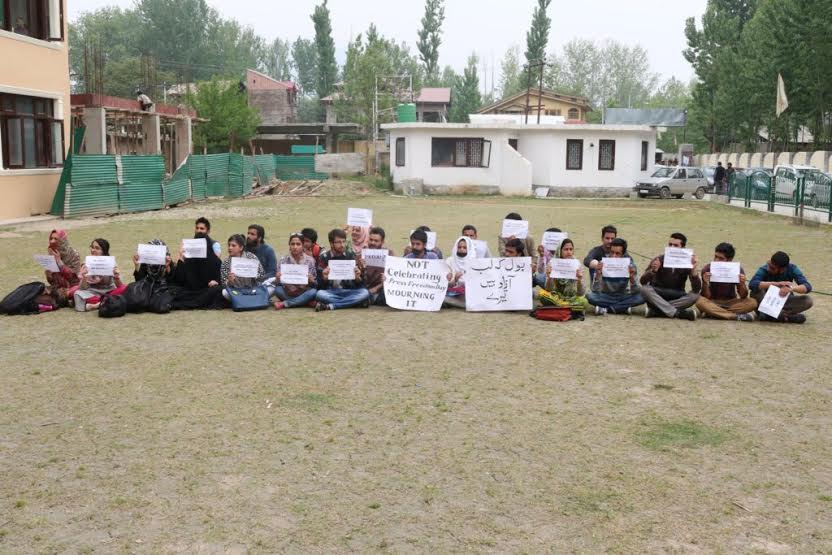 “It is an irony that the press freedom day is being celebrated in Kashmir, where journalists are often barred from fulfilling their professional obligations,” said a student (name withheld). “The authorities speak about press freedom just to give a false impression that they are concerned about it, but in fact they are the ones who leave no stone unturned to suppress the voice of people.”

“The purpose of the protest was to tell the government and its representatives that suppressing the media and then celebrating its freedom was ironical and unacceptable,” another demonstrating student said. “Our protest was against this irony and a gentle reminder to the government that journalists should be given the freedom they deserve.”