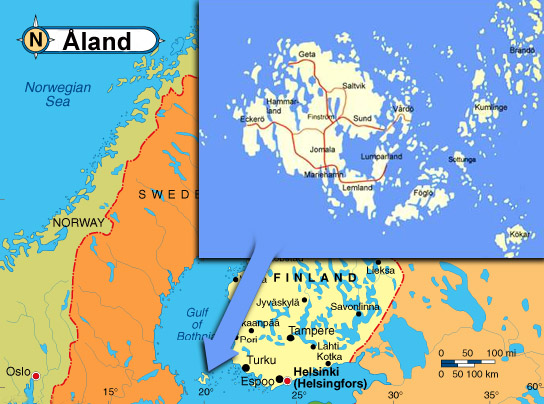 There are some disputes in modern history that one might take lessons from in understanding the wisest course to take in resolving the Kashmir dispute.

The Aaland Islands is a case in point. The Aaland Islands are joined at the hip – well, should I say, the toe of Finland – and has been considered of strategic importance from the standpoint of defence for Sweden, because of its role as a kind of sentinel to the entrances to the port of Stockholm, as well as the approaches to the Gulf of Bothnia, in addition to being situated near the Gulf of Finland.

Understanding the Aaland Islands means seeing its problems in the larger context of Finland, Sweden and their political and social milieu. Finland had been an integral part of the Kingdom of Sweden for six centuries. They had shared a common culture together. Finns spoke Swedish and Swedes spoke Finnish. But the Finns and the Swedes were different. The Swedes were of Germanic origin, of Viking stock, as were the Norwegians and Danes, imposing as they did one of the earliest empires in history on Northern Europe, and dominating other cultures in the region. They were agrarian, settled and lived from what they grew, not from what they found or captured. But despite having a common monarch, Sweden was Sweden and Finland was Finland.

The languages of Sweden, Norway and Denmark are of Indo-European origin, however. They have virtually nothing in common etiologically with the language of the Finns. The Finns were mystical, pantheistic, with shamanistic practices. The Swedes followed the Pope.

In 1808, things changed. After six centuries of Swedish rule, Finland was invaded by Russia in a war against Sweden, seeking greater access to the Baltic for greater military and economic strength. Finland’s eastern border is shared by Russia. Its western border was primarily the Gulf of Bothnia, gateway by way of the Aaland Islands to the Baltic Sea.

A little more than a year later, Russia forced Sweden to secede Finland on September 2, 1809 in the Treaty of Fredrikshamn. Under the Russians, Finland became the autonomous Grand Duchy of Finland, allowing them a certain amount of political power in return for the advantages of access to the sea. The Aaland Islands, occupied by Swedish people, was severed from its ties to family and relatives, and made a part of the duchy.

However, such a deal could not have anticipated the overthrow of the Russian monarchy and the Bolshevik Revolution in 1917 during which Finland took advantage of the moment and declared independence. Under the Swedes, Finland had also enjoyed some autonomy, so her independence with the downfall of the Tsar and major upheaval going on in Russia was a default instinct.

That declaration created then a new power struggle and civil war in Finland to fill the vacuum between conservative pro-Finnish “Whites” and a communist faction in the labour movement that was pro-Bolshevik and pro-Russian who were known as “Reds.”

Aside from such political differences, independence had also been spurred by Russian Tsar Nicolas II’s plan for the “Russification” of Finland, which imposed serious cultural, linguistic and religious restrictions on Finnish traditions from 1905 on. Russia’s attitude toward the Finns was identical to current Narendra Modi Administration’s attitudes toward Kashmir. The tsar intended to abrogate their autonomous status and incorporate them fully into the Russian state. 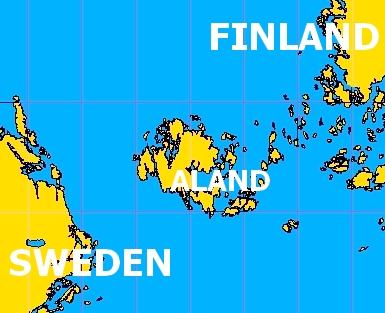 Finland’s resistance, however, led finally to full independence from Russia. But it was not through war. With the Tsar overthrown, the new government already had its hands full, and the Bolsheviks had already announced that any ethnic groups that were not Russian were free to choose their own course through self-determination. Finland chose to do just that.

By means of a petition and supported by more than 96% of the population, they then petitioned the new government of Finland and proposed seceding from Finland, joining Sweden, to come under Swedish government control.

The Swedish government, however, was not uniformly excited by the prospect or concerned about the Aaland Islanders or their interests for reasons having to do with internal politics more than anything else. The ideological struggles taking place in Russia and Finland were causing disarray in execution of policy in Sweden as well. As such their support for the petition was weak, and as a result it was less of a dispute between Sweden and Finland than a dispute between the Aaland Islands and Finland with Sweden remaining a somewhat disinterested bystander.

Britain had submitted the Aaland Islands issue to the League of Nations rather than Sweden or Finland. Britain believed that international peace was at stake in a matter that was seen by Finland as an internal dispute. The Aaland Islands had been the subject of numerous international disputes over the issue of keeping it demilitarized due to its strategic location in the mouth of the Gulf of Bothnia, the large body of water separating Sweden and Finland.

When the League agreed to consider the dispute, Finland immediately declared that the matter was outside the scope of the authority of the League of Nations since it was a matter to be resolved internally by the country itself. Sound familiar in the context of Kashmir?

Procedurally, the League would then have submitted the matter to the Permanent Court of International Justice for review to determine the legality of Finland’s claim over the Aaland Islands, but since the Court was just then in the process of formation, a panel of three jurists, the Aaland Commission of Jurists, having international repute was selected to adjudicate.

The Commission consisted of Ferdinand Larnaude, Dean of the Law Faculty of Paris and president of the Commission, Max Huber, a University of Zurich professor of international law, and A Struycken, a Dutch politician and councillor of the Netherlands’ government.

The panel determined that given the nature of Finland’s recent independence from Russia and questions remaining regarding its legal statehood, and the separate struggle of the Aaland Islands in respect to both Russia and Finland. Finland’s sovereignty over the Islands was not set in stone and therefore subject to consideration by the League. “The Aaland question is one that extends beyond the sphere of domestic policy,” they said.

The longstanding dispute between Pakistan and India over Kashmir bears some similarities, obviously, since it has never been settled to the satisfaction of either parties, or to the people of Kashmir themselves. The on-going tensions between Pakistan and India are entirely due to this matter not being resolved. Yet India refuses to come to the negotiating table to set a stage for the final resolution of the dispute.

One would think that the autonomy the Aaland Islands had enjoyed under the Grand Duchy of Finland would have been substantial reason alone to have granted them their wish to join Sweden. They needed autonomy under Finland because they were Swedish and wanted to be ruled by Swedes and Swedish laws in a culture of a Swedish making.

The overwhelming opinion by a 95 percent majority expressing such a will was another factor that should have been given more weight. The notion that Finland had been a state for a century, to be treated as any other sovereign state, was a useful distortion of fact and legal trickery, clearly challenged by the Commission of Jurists, particularly since sovereign control of both Finland and the Aaland Islands had not been held by Finland but by Russia.

However, in the end, the Commission of Rapporteurs ignored the facts and chose to parade the views of tyrants whose positions in power were used to advance a narrow agenda not of the people but of state largesse. State, to them, was land, not people. The people were victims of whatever ambitions and greed provoked the state.

There’s always more to these disputes than meets the eye or ever gets in the news, but there are some things that do stand out. As with the Aaland Islands, Kashmir is seen as strategic geographically as a front against invaders and “terrorists” from the north.

Aside from much earlier history, during the past 100 years it had been “occupied first by the British, and then by India, each with cultures and languages remote from that of the native Kashmiris”. The vast majority of Kashmiris too have sought independence with an opportunity to rule their own land.

And we would have to disagree that statehood can only be determined by the attachment of a piece of land to some larger integral whole.

If land is a state, then its permanence is literally set in stone. However, political association and union come through the will of the people who, freely of their own desire, find areas of mutual agreement that justify association.

Aaland Islanders were not Finn, they were Swede.  They wished to associate with, and belong to, a land with which they had many common bonds.

If a people cannot choose to whom or what they are sovereign, then they are simply chattel, subject to the whim of an overlord. Is the land they “own” actually theirs, not the state’s, or are they simply renting it, whose obligation is fulfilled through taxes?

Kashmiris, of course, suffer under the oppression of an alien power, India, which does not acknowledge the historic sovereignty of a people who have their own culture and languages which are distinct from Indian traditions.

Whether Hindu, Muslim, Buddhist, Sikhs or some other religion, Kashmiris are Kashmiris and want to remain Kashmiris. It’s an important and historic identity that must be preserved.

While the international community has been engaged all along and believes that Kashmir is an internationally disputed territory, and has voiced through numerous UN resolutions that its people should be given the right to determine their own future, “India is now engaging in an effort to make the matter solely a domestic dispute which no one, not even the Kashmiris themselves, may have a voice in”. This effort at the “Indianization of Kashmir, more so during BJP-led government, is seen where the central politics and administrative control are dominated by New Delhi with all the decisions being favourable to New Delhi”.

The limited autonomy that Kashmir has enjoyed has been “completely subverted” by that process.

The Kashmir dispute is soluble if an international body intervenes. The world powers understand that it poses perhaps an even much greater threat to international peace and security than the strategic interests involved in the Aaland Islands. India and Pakistan must resolve the dispute, while associating the genuine Kashmiri leadership with the negotiations which was originally promised by them at the United Nations.

However, much “India would like” Kashmir dispute “to be off” the table in any discussions, it is on the table and will always be brought to bear upon the consciousness and conscience of the Indian leadership until the matter is settled.

(Ideas expressed are author’s own.) 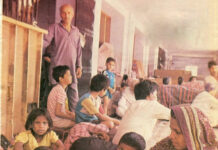 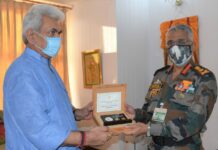 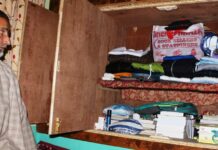 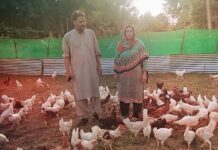 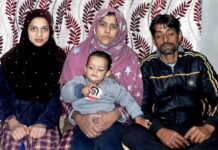