After three days of widespread rain and heavy snowfall, weather across Jammu and Kashmir improved on Wednesday.

Bright sunshine was seen in the Jammu division after incessant rains and snowfall in the higher reaches since Monday. Weather in the Kashmir Valley though remained generally dry, but it was cloudy.

“Weather is likely to improve as the day progresses. The western disturbance (WD) that caused the precipitation has weakened,” an official of the MET department said.

Srinagar, the summer capital of the state recorded a low of minus 0.3  while the mercury in Qazigund in south Kashmir settled at a low of minus 2.0 degrees Celsius.

Jammu city was at 8.3, Katra 4.6, Batote minus 2.4, while Bannihal and Bhaderwah both recorded minus 0.3 degrees Celsius. 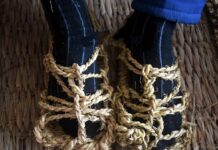