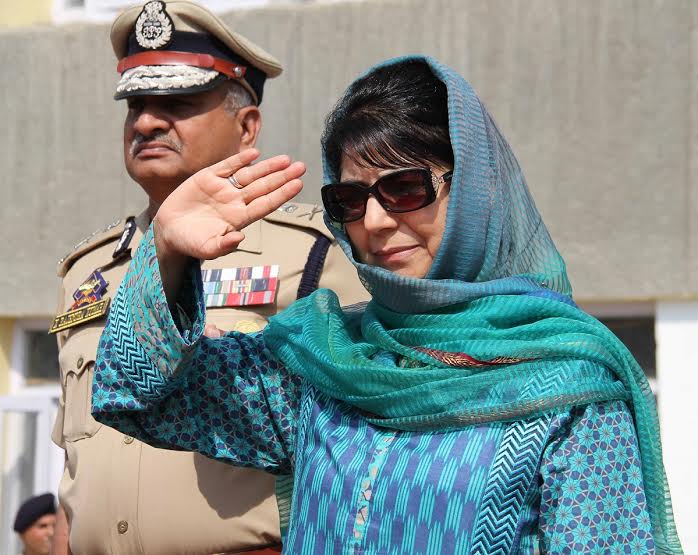 “He was desperate to get out of the hospital,” Ms Mufti told a select group of journalists she had invited for a dinner meet early this evening. “He wanted to pursue and accomplish his dream Kashmir.”

It was first such a meet hosted by Ms Mufti after she ascended the throne following her swearing in as CM of J&K on April 04 in Jammu.

She succeeded her father, Mufti Mohammad Sayeed, who breathed his last on January 07 early this year in AIIM New Delhi. Late Mufti headed PDP-BJP coalition for over nine months.

Ms Mufti thanked media for “being kind to the family” when her father passed away. “I’m still mourning the loss,” she said, “I lived shoulder-to-shoulder with him since 1989.”

Ms Mufti told the gathering that she “never wanted to become CM” but situation forced her. “I am holding this position as part of my mission,” she said, “I never wanted it but I have to accomplish my father’s unfinished mission.”

Seeking support from unionist opposition parties, Ms Mufti said, “If the opposition supports me to accomplish this mission in next five years, I will just leave it and that will be good for them. If they do not support me in this then they will have to bear me for some more time.”

She asserted, “I am living my father’s dream and am working for that.”

With NEET and “Sainik Colony” issues making putting government in tight situation, Ms Mufti observed, “There are lot of talks going on for retaining the distinct identity of the state.”

J&K Government led Ms Mufti has come under severe criticism on the issue of proposed “Sainik Colony” in Kashmir. Hurriyat leaders have threatened of agitation against it while National Conference termed it a ploy ‘to settle non-state-Subjects in Valley”.

“Some want it to be retaining by fighting and some want to preserve it by making friends,” she said, “We are doing the latter one.”

In her latest statement, Ms Mufti while praising Prime Minister Narendra Modi for “extending hand of friendship” with Pakistan, she said that “her becoming of CM in J&K is a crown of thorns”.