On September 6, 2018, the Supreme Court of India in a historic judgment Navtej Singh Johar v/s Union of India heralded a new dawn for the personal liberty in India as it decriminalised section 377 of the Indian Penal Code, 1860. It is thought to be a major victory for the LGBT (lesbian, gay, bisexual, transgender) community in India. 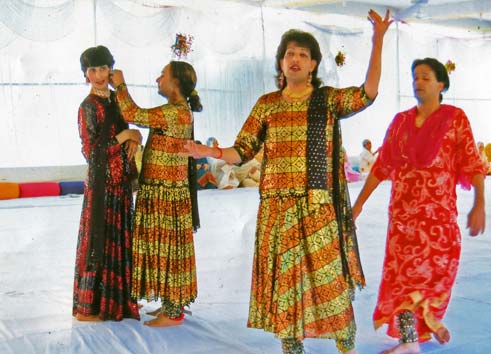 It did not happen all of a sudden. Actually, there is a long legal history behind the change in judicial thinking about the law prohibiting homosexual acts under section 377. Last year, the Supreme Court had given clear indications that it was going to broaden the very concept and thinking about the personal liberty inclusive of right to privacy as envisaged under the Indian Constitution. It wanted to interpret the British-era law of section 377 according to “the requirements of the changing times”.

“The right of privacy cannot be denied, even if there is a minuscule fraction of the population which is affected,” the Supreme Court in Justice K S Puttaswamy case ruled. So, it meant that even if a small population or minority is affected by an act or order or law of the State, it will be unconstitutional if it hits their fundamental rights of religion, equality, life and personal liberty and the other rights under Part III of the Constitution.

In India, section 377 of the Penal Code of 1860 criminalises homosexual acts, which are categorized therein as “unnatural offences”. The related excerpt of the section reads as under:

“377. Unnatural offences: Whoever voluntarily has carnal intercourse against the order of nature with any man, woman or animal shall be punished with imprisonment for life, or with imprisonment of either description for a term which may extend to ten years, and shall also be liable to fine…………..”

In 2009, the Delhi High Court in the case of Naz Foundation v/s Government of NCT of Delhi decriminalized sex between consenting adults by holding that consensual homosexual acts between adults was not a crime nor in violation of the Constitution. It observed that section 377 that criminalises consensual adult gay sex was violative of Articles 14, 15 and 21 of the Constitution of India and as such arbitrary, discriminatory and opposed to the right to life and personal liberty guaranteed to all natural persons and citizens in India. It further said that “ a minuscule fraction of the country’s population constitutes lesbians, gays, bisexuals or trans-genders [LGBT] and in last more than 150 years less than 200 persons have been prosecuted (as per the reported orders) for committing an offence under section 377, IPC, 1860”.

In simple words, section 377 of the IPC, 1860 was declared unconstitutional by two judges of the Delhi High Court. It meant a license for the LBGT community’s choice to have adopted their “unnatural sexual relationship”.

But the said Delhi High Court judgment was challenged in the SC of India. On December 11, 2013, the Supreme Court, after hearing the case titled Suresh Kumar Koushal v/s Naz Foundation overturned afore-mentioned Delhi High Court decision by holding that the judiciary was not supposed to intervene in this matter as it was for the Parliament to take a call on this issue. In other words, the Supreme Court “recriminalized” sexual intercourse “against the order of nature” as declared in section 377 of the IPC, 1860 when it held that section 377 does not suffer from the vice of unconstitutionality and the declaration made by the Delhi High Court as above is legally unsustainable. Thus, section 377 was reinstated.

There was a huge reaction from “rights groups” against the said decision of the Supreme Court in Suresh Kumar Koushal. As many as eight curative petitions were filed against the said Supreme Court judgment in Suresh Kumar Koushal case wherein the petitioners especially LGBT and their supporters requested the Supreme Court to reconsider and review its said decision. Three judges bench headed by ex-CJI, T S Thakur, remitted the matter for review or fresh hearing before a 5-judge Bench of the Supreme Court, where it was being debated and argued emotionally since from both sides and all citizens of India were awaiting final disposal of the case by the Supreme Court. The final verdict has come today on September 6, 2018. The verdict was delivered by a bench led by Chief Justice of India, Dipak Misra, and Justices Rohinton Nariman, AM Khanwilkar, DY Chandrachud and Indu Malhotra. CJI Misra and Justices Nariman, Chandrachud and Malhotra delivered separate but concurring judgments.

Before we deal with section 377 verdict more, let us make further reference to Justice K S Puttaswamy case once again briefly. The 9-judge Constitution Bench, in that case, it may be noted, had in no ambiguous terms expressed their displeasure with its two judges decision of 2013 in Suresh Kumar Koushal v/s Naz Foundation supra. The Constitution Bench had said, at paragraphs 127 and 128 of its judgment, that the rights of the LGBT population cannot be construed to be “so-called rights” [hitting directly at Delhi High Court decision in Naz Foundation v/s Government of NCT of Delhi].

The Supreme Court further held that the expression “so-called” seems to suggest the exercise of a liberty in the garb of a right, which is illusory. This is an inappropriate construction of the privacy based on claims of the LGBT population. Their rights are not “so-called” but are “real rights” founded on sound constitutional doctrine. They inhere in the right to life. They dwell in privacy and dignity. They constitute the essence of liberty and freedom. Sexual orientation is an essential component of identity. Equal protection demands protection of the identity of every individual without discrimination.

The Supreme Court had made the pointed observation that it “disagrees with the manner in which Suresh Kumar Koushal v/s Naz Foundation has dealt with the right of privacy – dignity based claims of LGBT persons on this aspect”. The Supreme Court had held that Suresh Kumar Koushal decision presented a de minimis rationale when it asserted that there have been only 200 prosecutions for violating section 377. The Supreme Court had also held that de minimis hypothesis is misplaced because the invasion of a fundamental right is not rendered tolerable when a few, as opposed to a large number of persons, are subjected to hostile treatment.

In view of the said observations of 9-judge bench ruling of the Supreme Court in the said Justice K S Puttaswamy case, it was not any more difficult to read the lining on the wall that in near future India was going to join the “developed countries” of America and those Western countries where rights of LGBT and other acts of homosexuality have been constitutionally recognised as valid. The UN, Amnesty International and other “developed countries” have hailed the judgment as “progressive” for “largest democracy”. LGBT community has celebrated their “victory” all over India as 158-year-old colonial law (section 377) on consensual gay sex has been Scrapped by the Supreme Court.

Now coming back to the present judgment of the Supreme Court in Navtej Singh Johar case, it may be mentioned that the judgment runs in 493 pages. Even though there are four separate judgments written in this case, all are concurring. CJ Deepak Misra’s judgment is for himself and for Justice AM Khanwilkar. Section 377 has been declared as violative of Articles 14, 19 and 21 of the Constitution. (See Para 224, page 141).

CJ Deepak Misra in his decision held that right to a union under Article 21 does not mean union through marriage only. Such union also means companionship in every sense of the word. (Para 155 page 99). Justice R F Nariman in his opinion held that homosexuality is not a mental disorder, which has been also recognised by Parliament. The government must give wide periodic publicity to the SC judgment to eliminate the stigma attached to the LGBT community. (Para 68, 75 pages 62, 70)

Justice Chandrachud in his judgment held that State has no business to intrude into these personal matters. It cannot regulate or control the constitutional liberties of LGBT community members or for that matter, any citizen based on sexual orientation. (Para 151, page 178)

Justice Indu Malhotra in her judgment held that the trend of decriminalizing anti-sodomy laws world over has gained currency during the past few decades since such laws have been recognised to be violative of human rights. But in India, section 377 has remained there in its original form despite these changes world over, and that homosexuality is not an aberration but a variation of sexuality. (Paras 10, 11, 13 page 7, 9, 12)

However, the Supreme Court has said that other aspects of section 377 dealing with unnatural sex with animals and children shall remain penal offence under section 377.

It may be noticed that the first formal advocacy of the rights of homosexuals and trans-genders came from Magnus Hirschfield, a Jewish German physician and sexologist, long back. Now, on the lines of several “developed countries”, a new trend has been set by the Supreme Court in criminal jurisprudence of India as far as “unnatural sex-related-acts” which were hitherto declared “crimes” are concerned. It has been set by changed judicial mind and perspective in the changed Scenario of “developed nations” about citizen’s right of privacy in a democracy which, it is clear now, includes a citizen’s choice as to how he/she should be free to decide about his/her sexual-orientation of life without any interference from the State. This new development in the law of crimes has happened despite vehement opposition of all “political and religious parties” in India against any move to scrape down section 377 of the IPC, 1860 who had contended that the peculiar historical, social, ethical, cultural and religious background of the citizens of India does not recognize such a change. But that is history now.

(Views expressed here are personal and not of the organisation the author works for. M J Aslam is author, academician, story-teller and freelance columnist. Presently AVP, JKB.)

Why Rahul’s Yatra Had Little Meaning For Kashmir?