Cops will take their own time to get even closer to the frauds but the firsthand account of a father and son in remote Lolab is a painful testimony of what responding to anonymous call can land you in, reports Hilal Shah

In December 2018, Faizan Ahmad Tunch, 18, got an audio WhatsApp message on his phone telling him that he has won Rs 35 lakh in a lucky draw.

A resident of Goose village in Kupwara’s picturesque Lolab valley, Faizan was told that the message is from Koun Benaga Crore Pati show hosted by Bollywood actor Amitabh Bachan.

Faizan, a tenth standard student, was both surprised and excited to learn that he has won such a big amount. The message warned him not to share the information with anyone else he would lose the entire amount. A simpleton villager, Faizan believed in the message and guarded his secret with life.

Excited, Faizan religiously followed the instructions given to him in the message. As told, when Faizan contacted on the number from which he had received the audio message, he was told to send his Adhaar card details, bank account number, and transfer Rs 16,250 as tax for Rs 35 lakh. He transferred the amount through State Bank India in Kupwara, hoping he will soon receive the promised sum.

After transferring the said amount, Faizan was given a different phone number for further contact.

“When I contacted that number I was told to transfer an additional Rs 35,000 to open the pin of the cheque,” said Faizan. “It was not easy for me to arrange such a huge amount. But I was desperate.”

This desperation forced Faizan to reveal his secret to his unlettered labourer father Abdul Majeed Tunch. Despite responsibility to feed a large family of nine members: three sons, four daughters (two daughters are handicapped) – Majeed was convinced to help his son. “My son told me they are not frauds as these people are treating him like their own brother,” said Majeed. “He was sure that we will get the amount.”

A week before, Faizan got the first message his elder sister Zahida was married. She had Rs 40,000 in her account which she had got as Mehr from her husband. “It was my lifetime security but I didn’t know what my father and brothers were up to,” said Zahida.

It took Faizan and his father ten days to arrange the amount out of Zahida’s saving and transfer it to the given account. “For every extra day we took, we were charged Rs 1000 a day by those people,” said Majeed.

Once the amount was transferred, Faizan was told that Amitabh Bachan has himself signed and opened the pin of his cheque. “I was told Amitabh’s sign has doubled the prize money to Rs 75 lakh. Also, I was told that I have won a car worth Rs 50 lakh,” said Faizan.

As the prize money was now more than double, Faizan was asked to transfer another Rs 1.80 lakh to secure it.

As arranging such a huge amount was not possible for Majeed, he started selling his property to get the promised amount. Initially, he sold 10 marlas of land for Rs 6 lakh. The existing market rate of the said land was over Rs 20 lakh. But as Majeed was pushed to deposit the amount within a time frame, he sold it off cheap.

Majeed was unable to transfer the said amount in one go because of banking norms, it took many days for him to deposit his inheritance into the fraud’s account. “They charged me extra Rs 5000 for each day’s delay, amounting to additional Rs 1 lakh,” said Majeed.

Even after depositing all the money in the said account, Majeed was pressed for more money by the callers on one pretext or another. To meet the caller’s demand, Majeed sold all four kanals of land he had.

“People in the village starting asking me, why I am selling everything in haste, but I never told anyone about anything thinking this will put my prize money in danger,” said Majeed.

By the end of the month, Majeed had already transferred Rs 18 lakh. “After this, I was told to visit the bank and get my prize money. I was excited,” recalls Majeed.

On the same day, Majeed quickly rushed to State Bank of India’s Kupwara branch to withdraw the promised amount.

“I waited there till the bank got closed, but there was not even a single penny in my account,” said Majeed.

The next day when Majeed again visited the bank, he got a call telling him that money cannot be transferred to his bank account as it is blocked because of no balance. “They told me I need to have at least Rs 9 crore in my account if it is J&K Bank, or Rs 4.50 crore if it is State Bank of India,” said Majeed.

So, in order to unblock his account, Majeed was told to transfer another Rs 6 lakh, otherwise, he will lose entire amount including the money he has transferred so far.

“I had no money, no land left to give them,” said Majeed.

The only alternative left with Majeed was to sell his newly constructed house. And that is what he did. “I sold my house for Rs 13 lakh,” said Majeed.

During all this, Faizan remained in touch with the fraudsters, who would entertain his calls at all times and talk with him nicely.

When Faizan asked them to transfer the prize money, they told him to deposit another Rs 60,000, as twelve people had worked on his file and everyone deserves a tip or Rs 5000 from him.

Also, Faizan was told by the callers that they will telecast him along with his family in a video on Sony TV, and for that, he has to pay Rs 75000. “By that time, we realized that we have been duped,” said Majeed.

Frustrated Majeed took his family along and decided to commit mass suicide on the road. He was rescued by a local teacher. The matter was finally reported to police who made Faizan call the fraudsters in their presence. “Even then, they asked us to deposit more money to claim the prize,” said Majeed.

Now Majeed and his family live in a single room. They have learned a hard lesson in life after losing Rs 23 lakh. But the greed of stupid father-son landed the poorest family on the road.

The family remains a testimony of the white caller crimes that a cell phone can land you in. Stay alert. 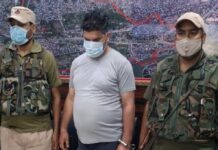 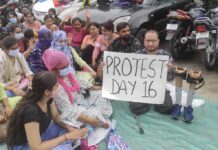 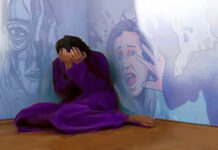 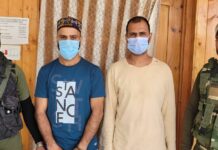 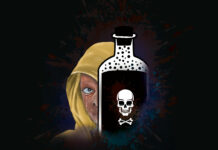