A man who is often spotted at elite gatherings in Mumbai is a Kashmiri who has had quite an obscure background. Sameer Yasir  investigates his rise to fame—and controversy.

It has been more than twenty years since Sahil Peerzada, a 34-year-old Mumbai-based Kashmiri ‘businessman’, left Kashmir. He has moved on since then, so much so that he has changed his name from Sajid to Sahil Peerzada. After a string of relationships, mostly with models and actresses, and after being married twice, he is now ‘engaged’ to Zohaila Hamid. Hamid was allegedly molested by Aussie cricketer Luke Pomersbach at the Maurya Sheraton Hotel last week after RCB’s IPL match against Delhi Daredevils in Delhi. The man at the centre of one of IPL Season 5’s biggest controversies is a bit of mystery in the city where he lives, Mumbai, and even in the town where he was born—Sopore.

According to Hamid, a New York-based account executive, her boyfriend Peerzada met Pomersbach at an IPL party. They didn’t know each other before. Hamid claimed Pomersbach insisted on staying with them. When they finally had enough of partying, Hamid and her fianc? decided to go to their suite in the same hotel. But the cricketer followed them and went to their room and tried to molest Hamid.

Pomersbach was arrested and a case was registered against him under various sections of the IPC, including 354 (outraging modesty of woman), 323 (hurt), 454 (house trespass) and 511 (punishment for attempting to commit offences punishable with imprisonment for life or other imprisonment). The cricketer was then taken to Ram Manohar Lohia Hospital with a fractured right hand.

Hamid claimed her fianc? tried to stop Luke Pomersbech politely. “Instead, he turned around and punched him in the face. Three times the player punched him, and he was knocked out,” Hamid said. Peerzada was later discharged from the ICU of Primus Hospital in Chanakyapuri.

Until recently, no one knew who Sahil Peerzada was. He was first thrust into the spotlight when he first married Zeba, a small time model, a few years ago. He has been spotted at parties hosted by Sushmita Sen, among other celebrities. His association with Sushmita Sen and the elite in Mumbai made him a socialite in Mumbai’s party circles.

Peerzada was born in a lower middle class family. His father, Ghulam Mohmmad Peer, once a Congress activist, later became president of a taxi stand in Sopore. The two storied house of the Peer’s in Sangrampora wears a deserted look. It has been years since a family member has visited the place. A part of the roof of the dilapidated house seems to be ready for collapse. The gate is locked from the outside. And no one has been spotted in the house for years.

Peerzada went to a local school and was living with his parents in the town. In early 1980’s, his elder brother Feroze left Kashmir for Mumbai to become a Bollywood actor. After some time, Feroze returned to Sopore and took his brother along with him to Mumbai. That was October 1992.

After the death of Ghulam Muhammad in 1989, the family tried to move to another place for work. There was nothing to bank on for Peerzada’s elder brother. So with the help of a Congress politician in Delhi who his father was acquainted with, he was given a shop in Mumbai. Feroze also tried modeling but failed. The elder among the brothers, Feroz, and Sahil stayed in Mumbai.

The sudden rise to fame and money of Sahil Peerzada, the youngest among the four brothers is a mystery. No one knows what Sahil actually does. It is said that his wealth runs in crores. He owns an apartment near Amitabh Bachchan’s residence in Mumbai.

Sahil had arrived with his brother in Mumbai to become a model, but remained on the fringes of the glamour world. The only official source of his income from sources in Mumbai is that his brother Feroz runs a chain of Kashmiri stores in Mumbai and Bangalore. In addition to that, the elder brother is known for his connection with Congress politicians in Mumbai and younger brother befriends a top BCCI official. Apart from owning three apartments in different location across Mumbai, Sahil Peerzada does not have a stable source of income.

A friend who knows Peerzada in Mumbai for several years says, “He is involved in exporting Kashmiri handicrafts and carpets.”  But surprisingly no big handicraft trader in Kashmir knows Peerzada.

A resident of Oakland Park in Oshiwara, Feroze is known to be close to some Congress leaders in the state and at the Centre.

But their house in Sopore doesn’t have the traits of anything rich.

The area is not known for rich people. Here, Peerzada’s neighbors won’t believe that he is such a rich man that he would own three flats in Mumbai. They have sister married in Ajas Bandipora.

Ghulam Mohmmad Peer (Sahil’s father) had four sons and three daughters. All were educated in local schools and when militancy erupted, the father allegedly faced many threats from ultras because of his linkage with the Indian National Congress party. Peer didn’t have any job. It was in 1992 that the elder son returned from Mumbai and took along Sajad alias Sahil. It is unknown through what means he accumulated such wealth.

Sahil tried his hands at modeling and acting in Mumbai. People say, he failed as he did not speak good Hindi and was very short tempered.

His uncle who lives at Sopore said, “Please don’t ask anything about him because he is big cheat and because of him (Sahil) I had to spend days in jail.” Mohammad Ashraf Peer who lives in Iqbal Nagar says he (Sahil) was engaged here and was about to marry a girl “when suddenly he refused to do so.” The girl’s family had lodged a complaint against him at the police station in Sopore, and his uncle was put behind bars for several days.

In Mumbai, Sahil married Zeba (name changed) a model living in Versova. The marriage ended in early 1990’s. It was during his struggle for becoming a model that he ended his marriage. Later he married Shama Dedlani, who converted to Islam for him, but due to his philandering nature, the two divorced. As a settlement between the two, Sahil gave her a 2000 sq ft showroom outside Cooper Hospital.

Even in Sopore in late 1980’s he was not considered a scrupulous man. Superintendent of Police Sopore, Imtiyaz Ahmad, says, “He was known for his bad character in Sangrampora Mohallaha. Although there is nothing adverse against him, he remained a suspicious figure in the eyes of people here.”

But how Sahil got close even to Sidhartha Mallya is a mystery. He has been seen with him in many IPL parties.

Although he is in the news for being Zohaila Hamid’s fianc?, Sahil is still known as the ex-boyfriend of item girl-model Gauhar Khan. 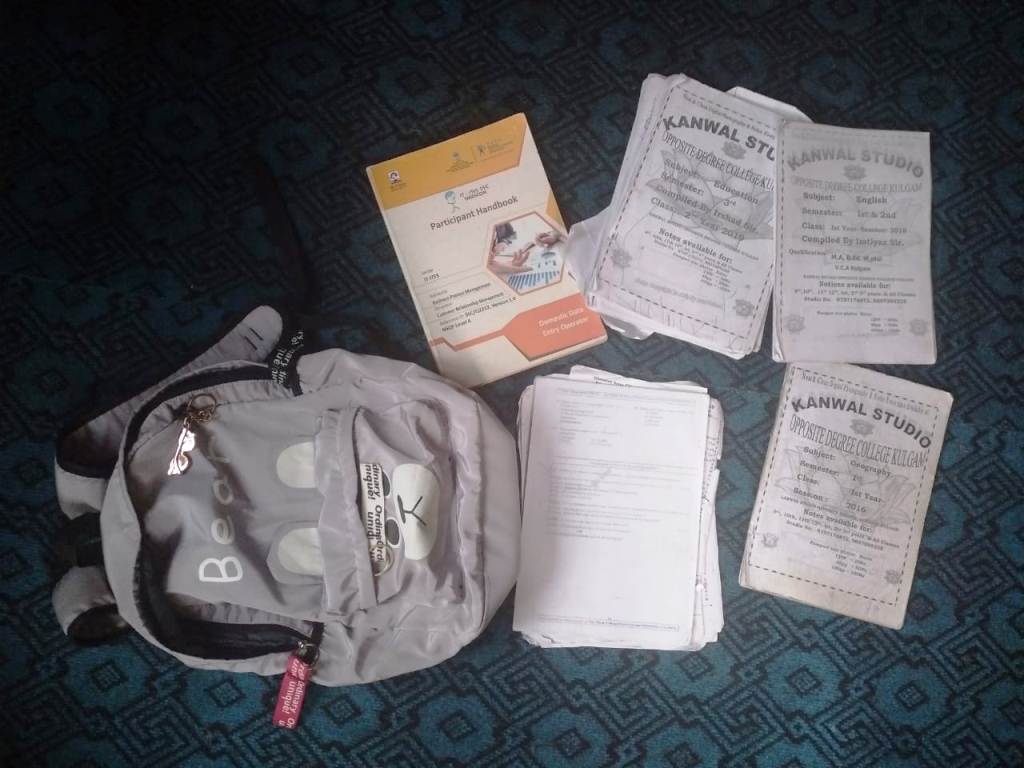 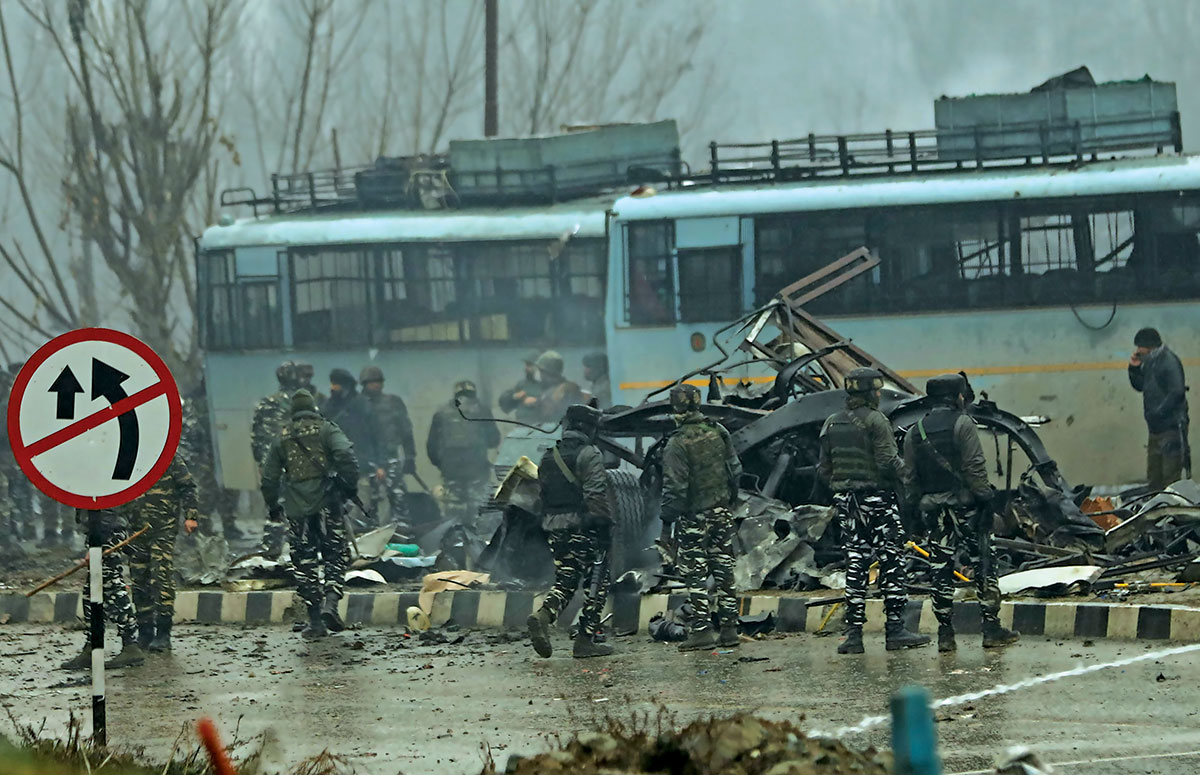 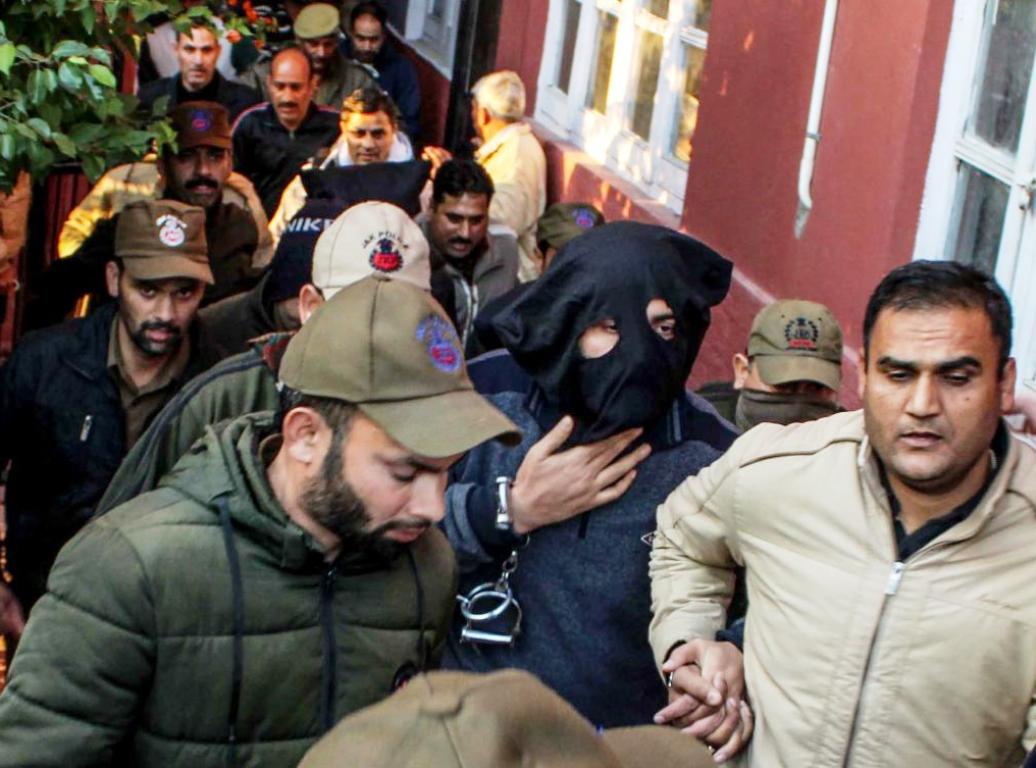 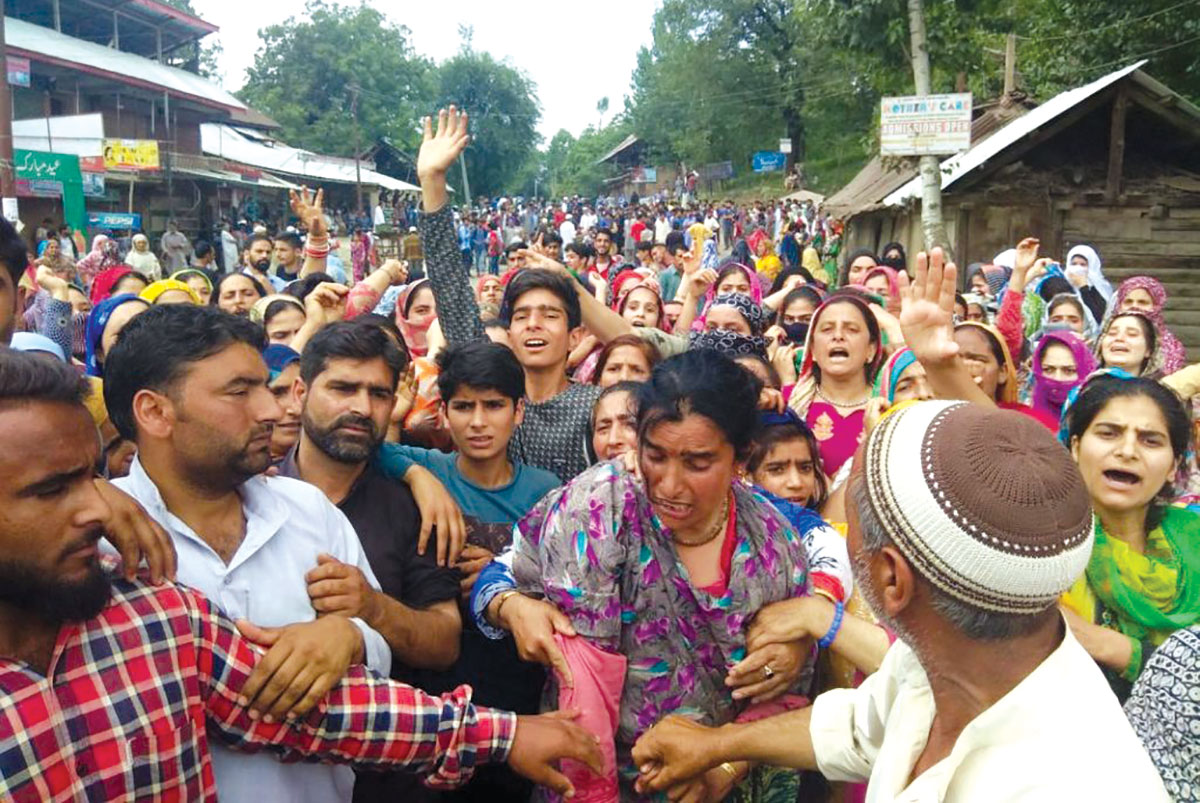 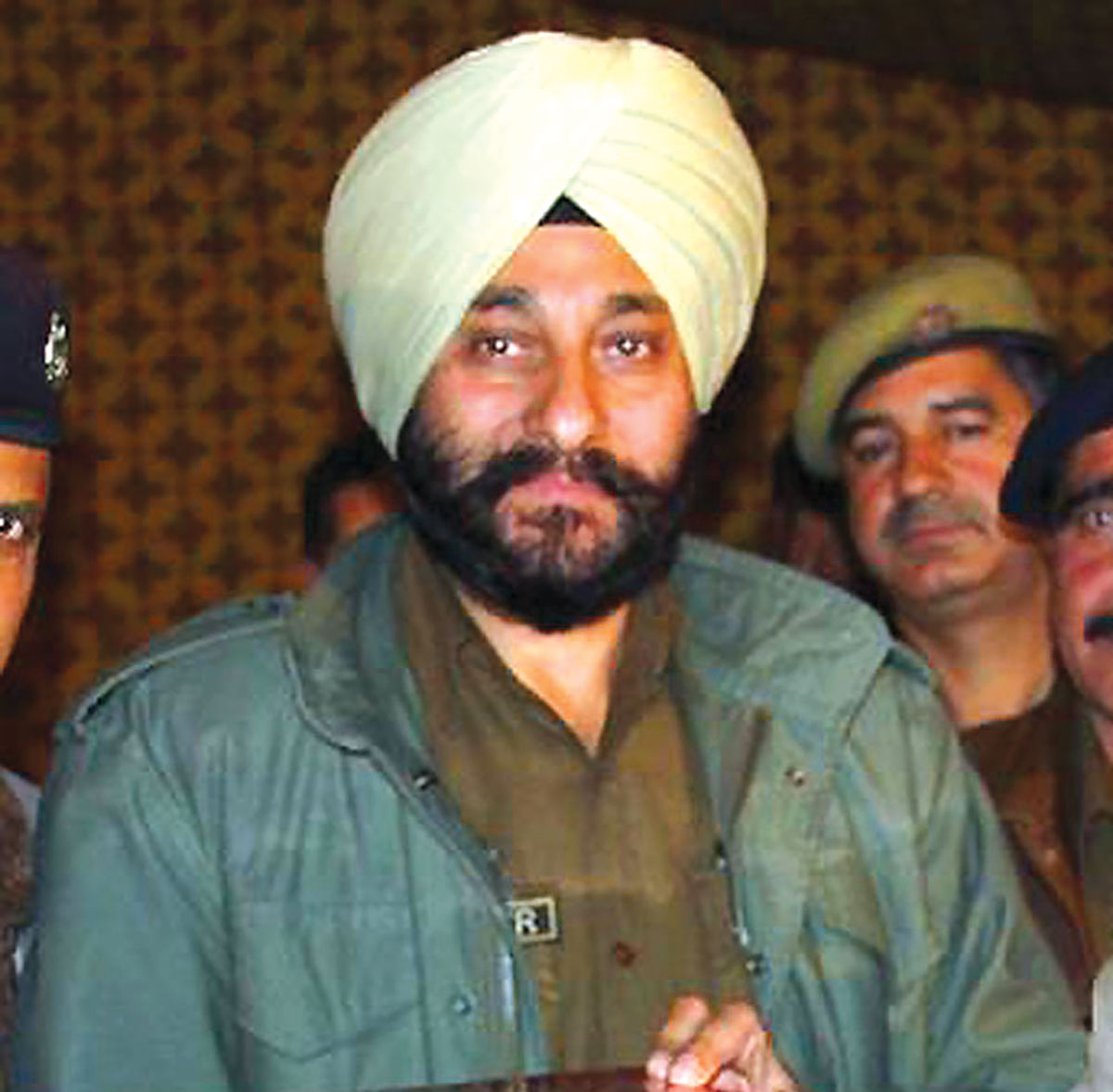 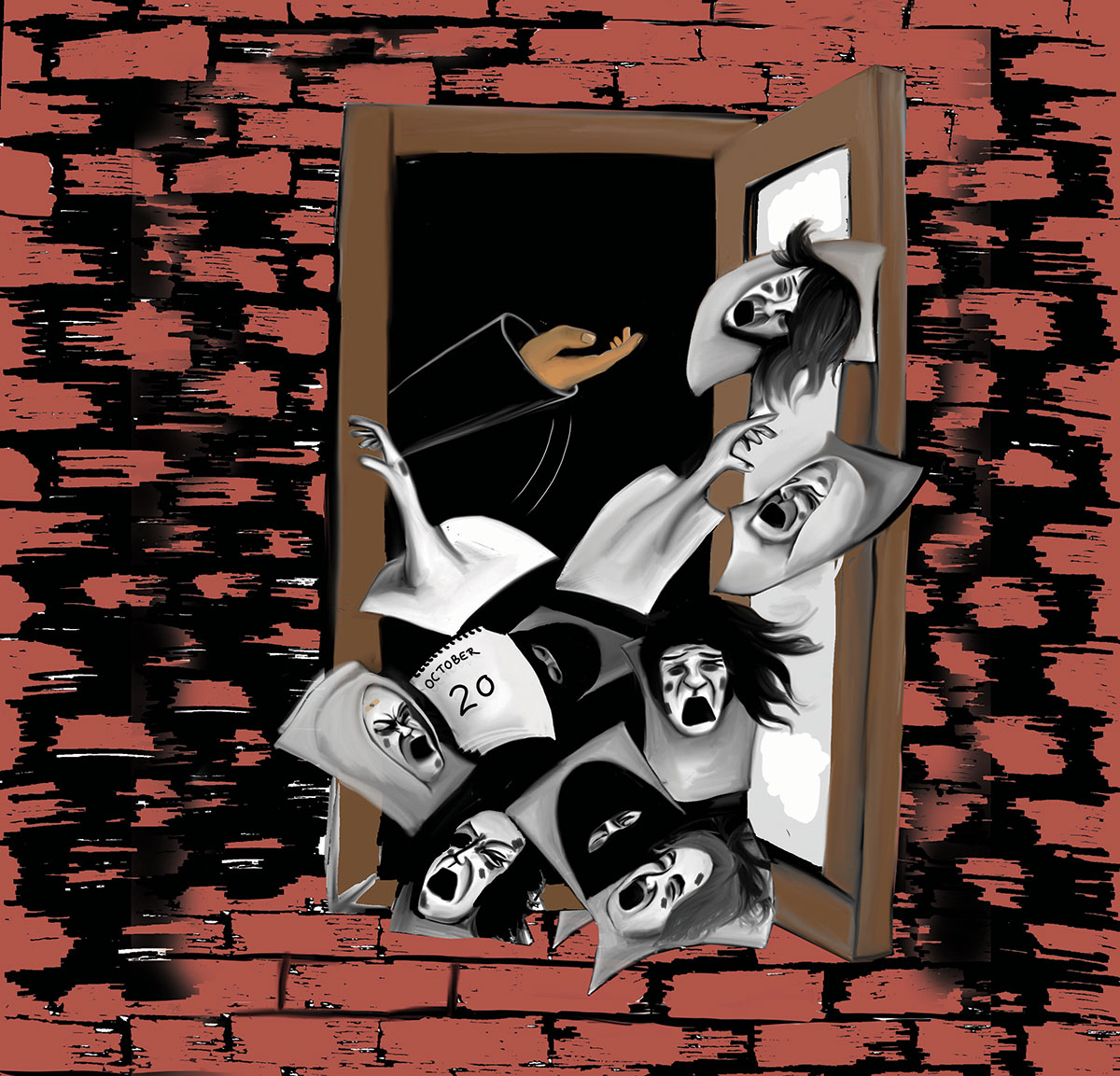 Left In The Lurch