Afghanistan could easily become the battleground for regional powers trying to safeguard their respective interests in the country, writes Riyaz Wani

“We have won the war and America has lost,” said a Taliban military leader to the BBC after the US president Joe Biden announced that the 2500 US forces remaining in Afghanistan would be coming home by the 20th anniversary of the September 11 terrorist attacks that led to the US invasion in 2001. “We are ready for anything. We are totally prepared for peace, and we are fully prepared for jihad,” Taliban commander Haji Hikmat is quoted to have said by the channel.

Haji’s words are certain to resonate across the world. No matter, which way you slice the outcome of the war in Afghanistan, the truth is the US has miserably failed to achieve the objectives of its military campaign and met the fate of its predecessor in the country, the USSR.

Though the US is currently engaged in a peace process with the Taliban that is geared to get the latter to share political power in the country, it has now become increasingly uncertain that this will happen. War in all likelihood will grind on. Taliban is unlikely to settle for less than a complete control of the country having been the victors – both perceived and the real – of the war. Whether this happens or not is still in the realm of speculation. Yes, the US will certainly try and prevent outright Taliban takeover or delay it as long as possible, but it looks unlikely that after the exit, the US will be able to steer the situation in Kabul in a way that always protects its interests. The militia has already said in a statement it would not participate in any conference about Afghanistan’s future until all “foreign forces” have departed – albeit it has now decided to attend the US-backed ten-day summit in Turkey.

The way the situation in Afghanistan is shaping up bears with some due exceptions an uncanny resemblance to the run-up to the Soviet withdrawal in 1989. This time again, the Taliban, the modern version of mujahideen, remain undefeated, forcing the US to make a last-ditch effort to involve the religious militia in talks and find them a place in the government.

However, what one fails to understand is why would Taliban seriously negotiate for a place in the government when it has for all practical purposes fought the US to a standstill. One has every reason to believe that the Taliban would bide its time until the US leaves and then aims for conquering Kabul. It is this likely prospect that will not only throw Afghanistan into a renewed chaos but also bring regional powers into picture, with India and Pakistan, which have the biggest stakes, slugging it out to consolidate their influence over the country. This is at least what is being already adumbrated in some influential writings on the post-US Afghanistan.

President Biden was conscious of these uncertainties when he announced his decision to withdraw American troops. He called for the neighbouring countries with stakes in stability in Kabul to play their role.

But all bets could be off once the US exits. Afghanistan could easily become the battleground for regional powers trying to safeguard their respective interests in the country. And it is unlikely to happen if the regional powers pursue their disparate interests in the war-torn country. The US will also need to make some subtle adjustment in its Afghanistan policy to make it work in the long term. In its current form, the policy almost entirely neglects the regional geopolitics, prevailing issues and the contending interests of the neighbouring countries like India and Pakistan, which also keep the conflict going in Kabul. So rather than an exclusively Afghanistan-centric policy, the US also needs a broader regional approach to work for an integrated solution to the conflicts and the competing interests that in turn fuel the war.

The conflict in Afghanistan is now so much enmeshed with the regional rivalries and the issues that it appears improbable that there would be long term stability in Kabul unless steps are taken to get the regional countries to co-operate to end the forty-year long bloodshed in the country. The deeply challenging project of a peaceful Afghanistan, therefore, demands broader regional cooperation, more so, between India and Pakistan. It is only to be hoped that Delhi and Islamabad realizing the momentous changes sweeping through the region will co-operate to not only steer the region through the fraught transition of a post-US Afghanistan but also take concrete steps to address their lingering differences, which alone will be the guarantee for a sustainably peaceful South Asia and the broader region.

It is here that a renewed engagement between India and Pakistan offers some promise. If the relationship between the two countries improves and they are able to reach some acceptable settlement on the issues dividing them, they won’t act at cross-purposes in Afghanistan as they have been doing now.

For now, it seems just a matter of time before the Taliban would return to power. And this will further redefine the regional geopolitics and unleash factors that could force some readjustment in the outlooks of the neighbouring countries. Some experts have talked about the prospect of the militancy in Kashmir receiving some fillip. And others have argued for the unlikelihood of such a prospect as the regional situation now is too transformed to allow a repeat of the nineties. But as of now, there’s no telling how the situation will play out in Kashmir and regionally too as the three major countries – India, China and Pakistan – seek to adjust their policies vis-a-vis one another and the US looks to safeguard its interests in the region.

India has already expressed its concern about a vacuum developing in Afghanistan following the withdrawal of the United States and NATO from the country. The chief of the defence staff General Bipin Rawat recently told a security conference that India was worried that “disruptors” would step into the space created by the withdrawal of foreign troops from Afghanistan.

Other countries have similar fears. Earlier, addressing the 9th Heart of Asia Ministerial Conference here in Tajikistan’s capital, Dushanbe, External Affairs Minister S Jaishankar also said that India has been supportive of all the efforts being made to accelerate the dialogue between the Afghan government and the Taliban, including intra-Afghan negotiations. He said there was a need for a genuine “double peace” in and around the war-torn country and asked the negotiating parties to engage in good faith, with a serious commitment towards reaching a political solution.

Rise of A New Block

Things have since become complicated geopolitically too. China’s incursions in Ladakh have made the communist power yet another party to the issue in and over Kashmir. And the alleged China-Pakistan collusion in the region has erected, what some observers in Kashmir think ‘a great wall of China’ around India on its northern and western side. Also, the cooperation among China, Pakistan, Iran, Russia is giving all indications of the emergence of a geopolitical block. And if things go according to plan, Afghanistan under the Taliban could also be part of this block. Also, India has already withdrawn from China’s Border and Road Initiative, choosing rather to align itself with the US and the west.

These shifting alignments are putting in place a new geopolitical order. This order, however, in no way will help resolve the issues of the subcontinent particularly those between India and Pakistan. That is, if the two countries themselves don’t show a willingness to address these. And this needs to be done before the two countries get sucked into the emerging new cold war. This calls for a new peace process between them, which is informed by a deep realisation that the only way to peace in the larger region is through India-Pakistan reconciliation. 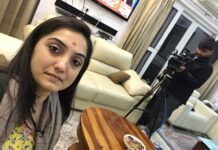 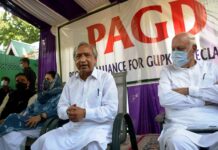 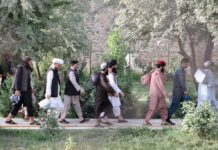 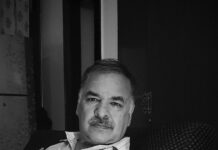