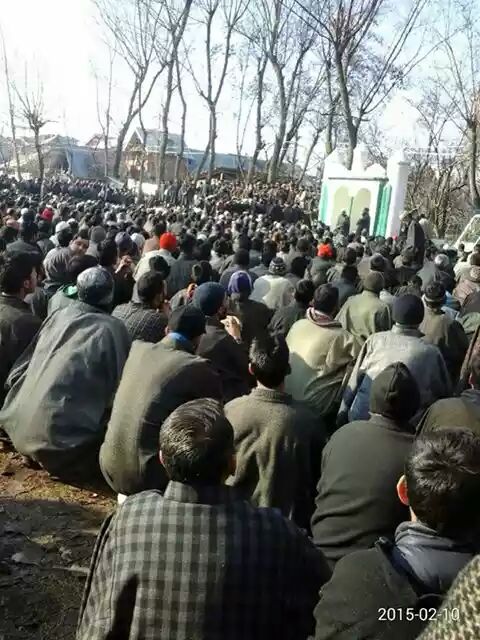 On 9 February, 23-year-old Farooq Ahmad was killed, and three others injured, when Central Reserve Police Force (CRPF) paramilitary personnel fired live ammunition at unarmed protestors in Baramulla district, some of whom were throwing stones.

The Jammu and Kashmir police have said they will conduct a criminal investigation into the killing. Authorities have also ordered an inquiry by a magistrate.

“Authorities must ensure that the killing is investigated in a swift, thorough and impartial manner, and anyone suspected of using excessive force is prosecuted in a civilian court of law”, said Shemeer Babu, Programmes Director, Amnesty International India.

Authorities in Jammu and Kashmir must protect the right to life in accordance with the Constitution of India and international law and standards. Law enforcement officials must only use firearms intentionally when strictly unavoidable in order to protect life.

In its background to the event, Amnesty International India said the protestors have defied curfews and demonstrated in several towns across J&K to mark the two-year anniversary of the secret hanging of Mohammed Afzal Guru. Convicted in 2001 of conspiracy to attack the Parliament of India, waging war against India and murder, Guru was hanged in 2013. He was tried by a special court designated under the Prevention of Terrorism Act (POTA), a law which fell considerably short of international fair trial standards. He did not receive legal representation of his choice or a lawyer with adequate experience at the trial stage, Amnesty statement said.

Amnesty International India says it opposes the death penalty in all cases without exception, regardless of the nature or circumstances of the crime; guilt, innocence or other characteristics of the individual. It opposes the death penalty as a violation of the right to life as recognized in the Universal Declaration of Human Rights and the ultimate cruel, inhuman and degrading punishment.