Suffocated under indefinite curfew, four young students came together on the Facebook and evolved an idea of making a documentary video about an eight-year-old boys death during the 2010 summer uprising in Kashmir. Shams Irfan reports about how the first time amateur filmmakers overcame an imposed silence.

On August 2, 2010,amid the desperation of living under indefinite curfew Shah Ifat Gazia, an undergraduate student of biochemistry at Women’s College, Srinagar came across friends on Facebook and got chatting about what was happening outside in other areas.

On the same day, Sameer Rah, an 8-year-old boy stepped out of his hometo join his friends who were playing cricket in a nearby lane. Oblivious of the CRPF presence, he carelessly shouted a few slogans. The paramilitaries, eyewitnesses say, caught hold of Sameer and beat him with bamboo sticks until he fell unconscious and later died.

A few months later a newspaper headline caught Gazia’s eye: ‘Sameer’s family still waits for justice,’ and the report under it said that ‘security forces continue to insist that Sameer died in a stampede’.

Disturbed by the conflicting claims, Gazia decided to find out the truth.

“I wanted to tell the world what exactly happened to the boy,” says Gazia,“I became restless but I didn’t know what to do.”

Gazia met Burhan Kinu, a young photojournalist, on Facebook. They chatted and stumbled upon an idea of making a documentary video to tell Sameer’s story. He introduced her to two others who instantly believed in the idea – Maryam Shamas and Rizwan Alam Khan.

By January, the four youngsters were ready to work on a documentary and sift through the competing accounts of Sameer’s death. They borrowed a digital camera and began interviewing eyewitnesses and others connected to Sameer’s brief life and his tragic death. By June, their documentary ‘Long Ago I Died’ was ready. The film was recently screened to applause in a packed hall in a Srinagar hotel.

The documentary opens with one of the female filmmakers interacting online with a CRPF officer who admits being saddened by Sameer’s death but at the same time refuses to blame it on CRPF and terms it as an unfortunate incident of stampede.

Long Ago I Died, is the first documentary made about summer 2010 uprising which resulted in 118 killings and injuries to hundreds of people.

“Our entire childhood was wasted. But we cannot shut our eyes to what is happening to our people. We acted in our small way, hoping that it will at least reveal the truth about Sameer’s death,” adds Rizwan Alam Khan, who handled the camera along with friends Gazia and Maryam.

“We are prisoners in our own land. Every single day of our life is a struggle for survival as we live under the watchful eyes of security forces. The fear and uncertainty is visible on every single Kashmiri face,” says Gazia.

These young Kashmiris who are well versed with the new social media have devised ways to connect with global audiences in a language understood by almost all- films. “The situation outside made us realize the need to connect with the outside world and show them what it is like being part of the Indian democracy. Long Ago I Died, was conceived online during that time only,” says Burhan Kinu.

For Gazia and her friends working on such a sensitive issue was not easy. “It was really hard to convince our parents as they were extremely concerned about our safety,” remembers Gazia, who made numerous odd excuses to her parents while filming.

The documentary features mostly college going students like these four young people who tell them what it is like to live in contemporary Kashmir.

“The helplessness of living in a militarized state has finally unchained my mind and despite odds I have voiced my anger through this documentary. Now going back is impossible. I will continue with my journey,” Gazia asserts.

The film also features a young stone-pelter who is seated in a dark room with face hidden from the camera saying, “A young friend of mine who was hit by a security forces bullet died in my arms. Pelting stones is the least a Kashmir can do against the state tyranny.”

Without any prior experience of filmmaking, it took Gazia and her friends six-months to complete the 20-minute film.

Apart from investigating the circumstances of Sameer’s death, the documentary touches upon the subject of massacres and their denials by the security forces. “We deliberately used Gawakadal massacre of 1990 as a reference in our documentary to show to the world that we have not forgotten our dead,”says Maryam. “The denial of death is more brutal than the death itself.” 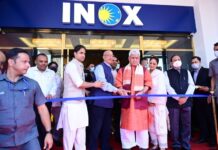 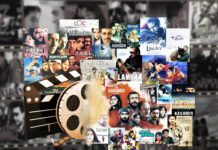 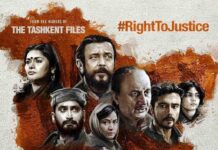 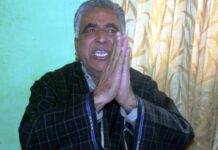 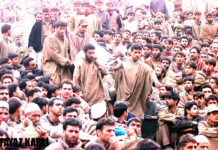 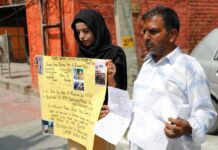