by Dr Jahanzeb A Sirwal

The Hindu Mahasabha had ideological parity with the Muslim League. Both parties held the belief of exclusivity and a unitary religious State as the beacon of nationhood. The Hindu Mahasabha wanted a country for Hindus and the Muslim League wanted to have a country of Muslims. In the pursuit of this goal both kept a ‘common enemy’ in sight of their divisive and communal agenda, it was the Congress and its leadership which included Pandit Jawaharlal Nehru.

Nations around the world celebrate their heroes, the founding fathers of their nations and the leaders of their national movements by keeping partisanship and political rivalries at bay. Only weak and incompetent individuals at a position of influence try to distort facts, and abuse the flag-bearers of liberty, amity and inclusivity in a bid to keep an upper hand in the political scope of a nation.

Quite recently, we witnessed the same turn of events in our country, when top ruling party ministers flagrantly tried to throw the first Prime Minister of India and a leading figure of the Indian National Movement, late Pandit Jawahar Lal Nehru’s contribution in nation building and their efforts of assimilating Jammu and Kashmir with India under the bus in a clear partisan attempt to score a self-goal and adopt a political moral high ground. It would not have affected anyone much had their claims been anywhere close to reality, as a fact of the matter the first casualty of this audacious event of distortion was history itself. Questioning Nehru’s intentions with respect to Kashmir can be their favourite pass time but when history is plagued with intended inaccuracies and malice, the record needs to be set straight.

The events which led to a crisis in Jammu and Kashmir have a precursory history. When it is said that the situation was not feasible for a direct advancement into Kashmir one needs to revisit the pages of history and try to understand the predicament in which Pandit Nehru and other leaders of India were gripped at that time. In his book United States of India and Pakistan, William Norman Brown calls the Maharaja’s (Maharaja Hari Singh) position after 15 August “precarious”. Maharaja Hari Singh was caught in a state of dilemma and confusion at a moment when India had just been partitioned into two countries which remains a historically recorded fact.

Amidst a prevailing uncertainty at one quarter, Nehru and Mahatma Gandhi had complete clarity in their perspectives regarding Jammu and Kashmir, they wanted the erstwhile State to join India; it was a non-negotiable matter for Pandit Nehru. Nehru’s Kashmiri roots and friendship with Sheikh Abdullah, which developed due to the ideological parity between the two was an important milestone in securing Jammu and Kashmir’s accession with India, it even influenced Sheikh Abdullah to denounce Pakistan and choose India without any confusion over Pakistan. There is a popular misconception, which is peddled by the BJP and its sister parties as a part of their disinformation campaign against Gandhi Ji and Nehru that they were not interested in Kashmir but Sardar Vallabhai Patel alone impressed upon them to merge it with the Indian Union. Again if an honest and impartial detour of history partakes, most of us would be amazed to see a completely different picture. At a complicated time in Hyderabad, which wanted to join Pakistan, the newly formed government had to focus on the Nizamas well. Pitching a Congressman, Sardar Vallabhai Patel against history in a bid to misguide people doesn’t suit people at responsible positions.

His immediate response to the brewing conflict within the country was actually quite different than what BJP’s misinformation machinery through its senior ministers peddles these days.  Historian Rajmohan Gandhi denotes: “Vallabhbhai (Patel)’s lukewarmness about Kashmir had lasted until September 13, 1947.” In a letter that morning to Baldev Singh, India’s first defence minister, Patel had indicated that ‘if (Kashmir) decides to join the other Dominion”, he would accept the fact.

Pakistan on the other hand was not sitting idle, it launched Operation Gulmarg by mobilising tribals from the NWFP on 22 October 1947. About 2,000 tribesmen fully armed with modern weapons and under the direct control of Pakistan Army generals, entered Muzaffarabad in motor buses and on foot.

As the invaders captured Uri and Baramulla with minimal resistance from the Maharaja’s forces, the fall of Srinagar looked imminent. On 24 October, Maharaja Hari Singh appealed to India for military assistance to stop the aggression. The request couldn’t be immediately considered as Lord Mountbatten, the last governor-general of India at that time had impressed that the Maharaja should sign the instrument of accession so that Indian troops can get a legal and moral right to intervene in Jammu and Kashmir.

The request was finally considered on 25th October in a meeting of India’s Defence Committee, headed by Lord Mountbatten which included Pandit Nehru, Sardar Patel, Baldev Singh, minister without portfolio Gopalaswami Ayyangar, and the British commanders-in-chief of the army, air force and navy. The committee concluded that “the most immediate necessity was to rush arms and ammunition already requested by the Kashmir government, which would enable the local populace in Srinagar to put up some defence against the raiders” (Lt Gen KK Nanda, War with No Gains).

The events which leave a trail towards the partition of India also demand a historical revisit, it demands to question those who took a lead in endorsing the partition of India on communal lines, it demands a revisit to the corridors where the forefathers of BJP and their ideologues were conveniently running coalition governments with the proponents of a separate state of Pakistan. That is another facet of those times which were one of the major sinister reasons behind the problem created in Jammu and Kashmir. It was not Nehru or Gandhi who favoured the division of India, on the contrary, it was the leadership of Hindu Mahasabha and RSS itself which found this idea appealing and acceptable to them.

Syama Prasad Mookerjee, who is often presented as a formidable Indian nationalist by the BJP leaders doesn’t really pass that litmus test when put through it honestly. One of the most polarizing and prominent figures of the Hindu Mahasabha, he joined the Fazlul Haq ministry in Bengal, in 1941, as its finance minister. Interestingly a year prior to that, Fazlul Haq, before his fallout with the Muslim League, had moved a resolution, dubbed the ‘Pakistan resolution’, which committed the Muslim League to a separate Muslim nation. For this, Haq had been denounced by the Congress leaders including Pandit Nehru as a communalist but this didn’t shake the conscience of the BJP founder Syama Prasad Mookerjee and couldn’t stop him from venturing with the League.

The role of Hindu Mahasabha and forefathers of the BJP has been one-dimensional, hurting India’s integrity and unity. In Sind for instance and in the North-West Frontier Province (NWFP), the Hindu Mahasabha ran coalition governments with the Muslim League. On March 3, 1943, when the Sind legislative assembly discussed and passed a resolution moved by GM Syed recommending to the Viceroy that “Muslims of India are a separate nation”, the Hindu Mahasabha leaders were in the government, instead of walking out of it owing to their ideological leanings they continued to be a part of the very same government which pitched a recommendation for the division of India.

Another high-profile leader BJP draws its inspiration from is VD Savarkar, a man for whom, this “practical politics” led to “reasonable compromises” meant to “capture the centres of political power”.

On June 10, 1943, a few months after the Sind legislative assembly favoured the creation of Pakistan, Savarkar reiterated the Hindu Mahasabha’s commitment to forming provincial governments including with the Muslim League. On June 17, 1943, Dr Hemandas Wadhwani (a Hindu Mahasabha member), health minister in the Sind government, met Mohammed Ali Jinnah, the chief of the Muslim League, to talk about the situation of “communal harmony” and to forge an anti-Congress alliance, a party which was leading a struggle against colonialism in favour of a united and inclusive India. Wadhwani also apprised Savarkar of his talks with Jinnah and tried to arrange a meeting between the two. It does not help their claims of complete monopoly over nationalism and neither does it help their ‘nationalistic’ credentials of Hindutva heroes like Mookerjee and Savarkar.

It is clear, as Jyotirmaya Sharma puts it out in his book Hindutva: Exploring the Idea of Hindu Nationalism, that Savarkar’s “commitment to the creation of a Hindu Rashtra superseded the goal of political independence of India”. This “practical politics” of Savarkar-led Hindu Mahasabha may have been beneficial to his organisation but was certainly disastrous to the fate of the Indian subcontinent, a plague which continues to affect us till this day; Pandora’s box which was opened by the ideological forefathers of BJP and now Pandit Nehru is held responsible by BJP ministers for misadventures of their own founding fathers.

Nehru was a far-sighted man with exquisite political acumen and statesmanship, it was his untiring efforts and personal zeal which saved Jammu and Kashmir from slipping away into the hands of Pakistan. Decades after his death, some BJP ministers would question his role in his absence, they won’t mention his or Congress’ role in unifying India under a secular and democratic political atmosphere and they would conveniently omit the role of their own founding fathers in creating the mess in Jammu and Kashmir and in the country at large. If for anything, BJP should rightfully be credited for dividing India and then creating a crisis in Jammu and Kashmir. Congress and its leaders including Pandit Nehru have a history as a witness in their defence and their role cannot be diminished by a party which has time and again hurt the unity and integrity of our country.

(Dr Sirwal is national media coordinator Indian Youth Congress. The opinions expressed in this article are those of the author and do not purport to reflect the opinions or views of Kashmir Life.) 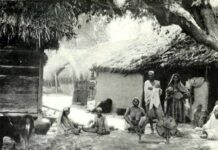 Why Government Will Have To Work Fast To Improve The Land Records System? 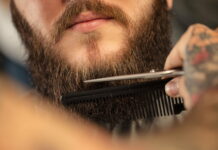 Why Men Preach Burqa While They Skip Growing Beard?