Yasin Malik was given a life sentence in a case that federal investigator, National Investigation Agency (NIA) probed. The verdict came days after Malik pleaded guilty in the case. Here is the text of the verdict – delivered in the open court by Parveen Singh, Additional Sessions Judge on May 25, 2022, that sentenced Malik to life.

The socio economic report of convict Mohd. Yasin Malik reflects that the convict owns a three storey residential house at Maisuma Lal Chowk, Srinagar where his mother and divorced sister alongwith her 02 sons used to reside. With regard to social status of convict, it is submitted that the convict was acting as JKLF Chairman and was an influential person. He had a number of supporters within his locality before declaration of JKIF as banned organization. It is further submitted that the family of convict consists of 11 members including his mother, wife, 03 sisters, one daughter, two nephew and three maternal uncles.

“In operating the sentencing system, law should adopt the corrective machinery or deterrence based on factual matrix. By deft modulation, sentencing process be stern where it should be, and tempered with mercy where it warrants to be. The facts and given circumstances in each case, the nature of the crime, the manner in which it was planned and committed, the motive for commission of the crime, the conduct of the accused, the nature of weapons used and all other attending circumstances are relevant facts which would enter into the area of consideration.”

“12. Sentencing policy is an important task in the matters of crime. One of the prime objectives of the criminal law imposition of appropriate, adequate, just and proportionate sentence commensurate with the nature and gravity of crime and the manner in which the crime is done. There is no straitjacket formula for sentencing and accused on proof of crime. The courts have evolved certain principles: twin objectives of the sentencing policy are deterrence and correction. What sentence would meet is the ends of justice depends on the facts and circumstances of each case and the court must keep in mind the gravity of the crime, motive for the crime, nature of the offence and all other attendant circumstances. The principle of proportionality in sentencing a crime doer is well entrenched in criminal jurisprudence. As a matter of law, proportion between crime and punishment bears most relevant influence in determination of sentencing the crime doer. The court has to take into consideration all aspects including social interest and consciousness of the society for award of appropriate sentence.”

47 The convict has been convicted for offence of terror funding u/s 17 UAPA. As detailed in order on charge, convict was a part of the group which had been receiving funds which were raised for terrorist activities and as per D-132/A, he had received Rs. 10 lacs on 29.04.2015 from accused 7ahoor Ahmad Shah Watali. Thus, the fine as imposed above is equivalent to the terror fund which he had received. 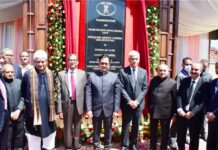 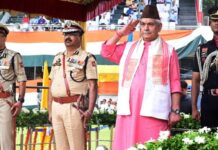 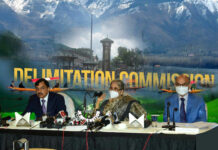 Jammu and Kashmir Delimitation: Detailed Statement By The Commission