Jammu is gradually getting back to the news. A body bag on a day for two days was what kept it on front pages till the Bakerwal activist’s arrest got it a fair coverage outside the temple city, reports Masood Hussain

On August 4, when the news broke that Dr Farooq Abdullah’s Bathandi home was “attacked”, the newsrooms landed into an instant war mode. An hour later, when the details started pouring in, the mystery seemed to get shriller as answers triggered more questions. It was a young man who drove his Sports Utility Vehicle (SUV) inside the home of Kashmir’s longtime ruler, and later fell to the bullets of the CRPF: three bullets – one each in his chest, stomach and on the right side of the torso.

Identified as Syed Mufad Shah, the son of a gun retailer, he basically belonged to Ghoulath village in Poonch. For the last nearly 30 years, the family has been living in Jammu.

Police said the man barged in, had a physical duel with the guards and finally barged into the lobby of the VVIP where he was shot dead. Along with a blood-drenched body, pictures of some mangled flower vases were instantly available on the social media.

That Shah was a militant was ruled out within first few minutes after the CRPF announced the “kill”. He, in fact, was unarmed though his Mahindra SUV carried a gun licence. Despite lacking any police record, the Jammu police chief alerted Poonch subordinates to check if there was a ‘terror link’.

That Shah was a drug addict is something closer to the reality. Even some family members hinted towards that. Reports indicated some “prescriptions of psychotropic drugs” were recovered from his car. A day later, a police report suggested that while driving towards Bathindi, Shah had hit a car, also belonging to a cop. Whether or not he was under the influence of drugs at the time of alleged trespass may not be known unless an investigation – being simultaneously carried out by a magistrate and the police, will be over. A senior police officer even told reporters that Shah attempted a weapon snatch!

“He woke up in the morning, offered his namaaz and left for the gym,” Shah’s grieving sister, Shafiq said. “An hour later, he was no more.” A huge crowd watched her banging her head with Dr Abdullah’s main gate and crying: “Mujhe Bhi Goli Maar Dou.” Later, they shifted to the state-run medical college where an autopsy was carried out before the bullet-ridden body was handed over to the family for the last rites.

Dr Abdullah and his son, both former Chief Minister’s fall in the highest category of the secured persons. They are protected by Special Services Group (SSG) of the Jammu and Kashmir Police, an elite group exclusively for the security of incumbent and former Chief Minister’s and their families. Besides, Dr Abdullah is the only second politician from Jammu and Kashmir – the other is Ghulam Nabi Azad, who has security cover of National Security Guards (NSG), India’s most elite commando force. 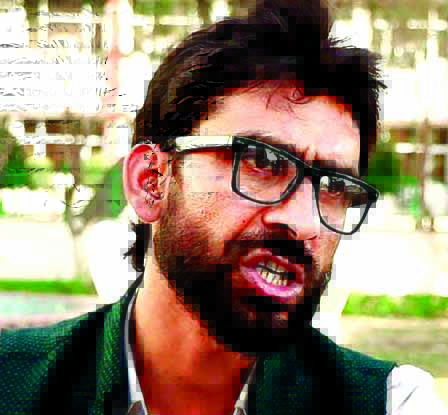 Though neither father nor his son was at Bathandi, still a trespasser attempted getting into the mansion is being questioned on the streets. Were doors so weak and open that anybody can get in? Interestingly, neither the car nor the gate shows any serious dent. What was such huge security paraphernalia doing in Bathindi? What could have happened, had the intruder being a militant? When Dr Abdullah met the Home Minister Rajnath Singh, he most probably might have been seeking a response to the last question.

Give credit to Shah for gate-crashing in such a situation. But when he was engaged by the guards, why was he shot dead? For a posse of paramilitary men, was managing one well-built man so difficult even if he was on drugs? If at all there was a requirement for opening fire, he simply could have been shot at. Why was he shot dead, fired on his chest?

There are claims and counterclaims, a woman even suggested that she saw him walking around and was shot twice outside the mansion. The governor’s administration has announced an enquiry. One day, there will be a report available on record. By then a lot of rodent-repelling flowers would have grown on Shah’s grave.

Next morning, it was Monday, and the scene shifted to a remote village in Gool. In Upper Kohli village, the army opened fire, during wee hours and killed Muhammad Rafiq Gujjar, 28. Shakeel Ahmed, 30, his colleague survived injured.

After the daybreak when the police reached the spot near Sumber, the spot of the murder, they faced anarchic scenes, which, if not handled properly would have triggered a serious law and order crisis. People were seeking revenge. Somehow, they were consoled and Shakeel was tied with ropes on a make-shift cot and transported to the nearest road link and then to the district hospital in Ramban. He had a serious gunshot wound but is out of danger.

“We had gone to feed our herd,” Shakeel told reporters. “Army fired upon us from behind at around 4 am.” Later, he insisted, they chased us and finally barged in where “they shot him dead and left me injured.” Both were residents of Dalwa village.

Police said they registered a case against the Army in Dharamkund police station under Sections 302, 307 RPC and Sections 7, 27 and 30 of the Arms Act. They said both the targets of the army were innocent ‘cattle traders’. Later, that day, the army came out publicly insisting they had launched an operation “based on specific intelligence inputs”. They claimed to have detected “some suspicious activity” following which they “challenged” them and in response “the suspected individuals opened fire on the Army patrol”.

Again, the governor’s administration announced a magisterial enquiry, second in two days, and umpteenth in last 30 years. What happened to the cordon other than the killing of a civilian? Governor N N Vohra has clearly told the security grid that he will not accept the killing of innocents. But these still take place.

But the most dramatic incident on Jammu front had taken place on August 31 and preceded both these cold-blooded murders. It was the arrest of Bakerwal activist Talib Hussain. 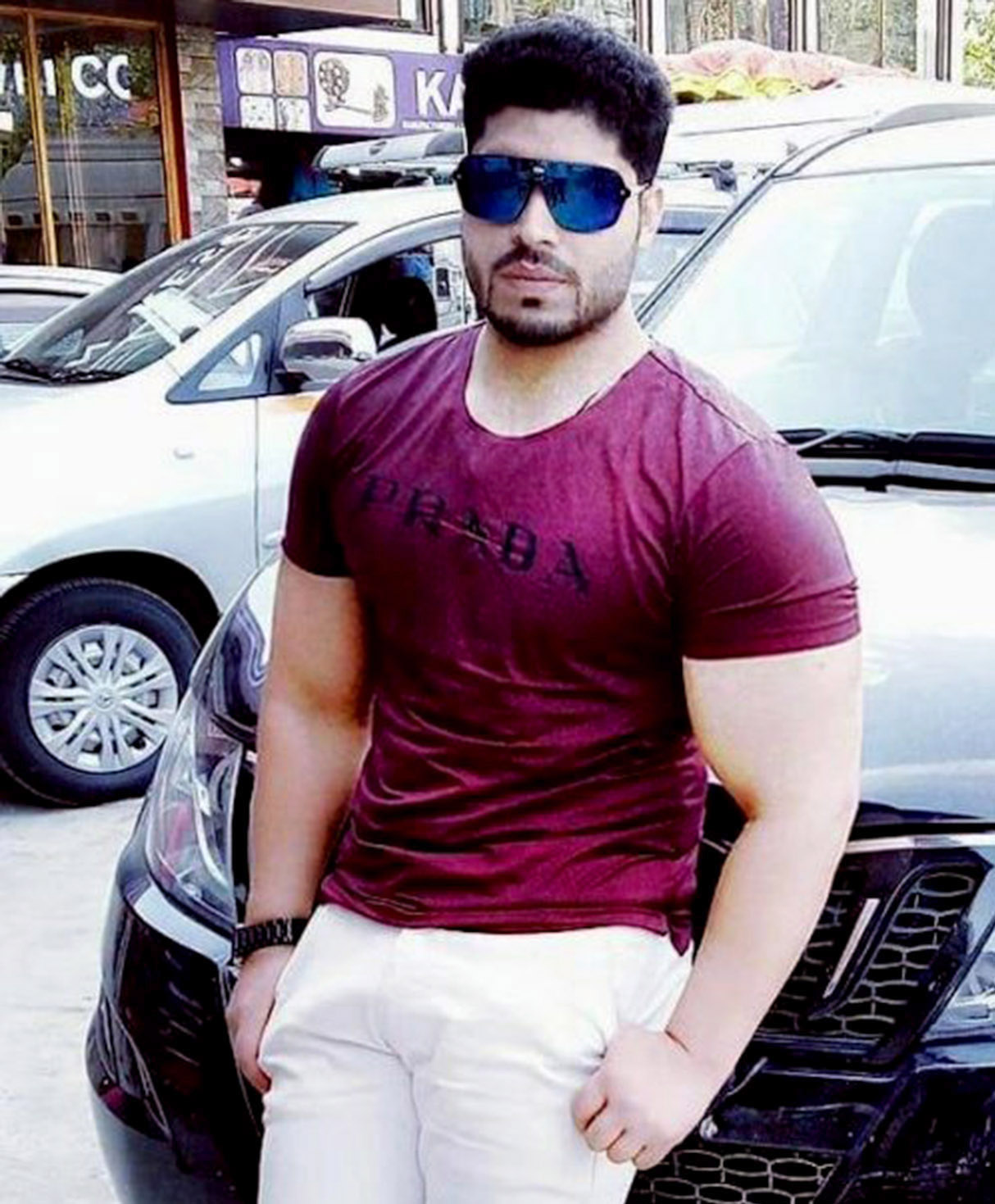 Talib and Nusrat, his wife, have divorced. After separation, she has approached police in June, accusing Talib of domestic violence and dowry. Finally, the family approached the court and sought a direction for police to act. But the FIR was stayed by the court. Police arrested the man and showed him detained in another FIR that was registered by his separated wife’s sister.

“He was arrested from the Tral area of Pulwama district in south Kashmir on Tuesday and brought to Samba following a written complaint of a married woman who has accused him of raping her in a jungle about one and a half months ago,” Tribune quoted a senior police officer saying. “According to the complaint of the woman, Talib is her relative and met her in the forest when she went to the Chadwa jungle for grazing cattle.”

The FIR says: “He was armed with ‘tokka’ (sharp-edged weapon) and with the intention of raping her, he thrashed the woman on the ground and tried to rape her. He also touched her private parts,” adding, “The police acted swiftly and after a tip-off about his stay in the Tral area, he was arrested and brought to Samba.” Interestingly, the “victim’s father” Mohammad Tahir had alleged that “Talib was working for the Hurriyat Conference”, Tribune added.

Court has sent him on police remand as his defence has approached the Supreme Court in seeking details of his torture in police custody. One of Talib’s relatives, Gulzara Begum, his aunt, has met him in police lock-up for a few minutes on August 6 and reported that people in civvies have gone in and beaten him. After that beating, Begum alleged, he was given an injection and driven out to a hospital.

Talib is not an ordinary man. He is the key character who exposed the kidnapping, hostage-taking, gang-raping and murder of the little Rasansa girl early this year. The case, for the first time, explained how rape is being used as a majoritarian political tool. The meticulous investigations carried out by the state police Crimes Branch explained every single doubt that people had. The grim details of the case were so chilling that even the global watchdogs reacted and sought an investigation. It led to the unceremonious resignation of two BJP ministers who were part of the group supporting the rapists and conspirators in the case.

Now Talib is in jail, facing a case of domestic violence and attempt to murder, filed by his wife months after they separated.

“Talib Hussain – who was arrested last week – has been tortured in Samba police station while on police remand, skull broken, rushed to hospital in Samba, he is a key witness in the Kathua gangrape-murder case,” noted lawyer Indirani Jaisingh wrote on Twitter. “This is unacceptable in a democracy.” Police said Talib actually attempted suicide!

Minorities in Jammu have been on the wrong side of history for decades. The three incidents are separate. They occurred miles away from each other. They, in fact, involved different hands. But do they share a pattern? Or it looks like that from 300 km in Srinagar?