A Kashmiri woman settled in the US is marketing authentic Kashmir foods and the business is surviving. The menu includes the Wazwaan. Her modest business has survived the pandemic and a serious personal problem.

Uffaq Mattu, 48, hails from Barzulla in  Srinagar, her home for more than twenty years. Eldest among the four siblings, Uffaq said, she did her schooling from Presentation Convent and later graduated in the field of computer engineering from Bangalore. She completed her post-graduation in Software Development from Delhi.

Currently based in Los Angeles, California, with her husband and three daughters, Uffaq is running a successful food business, Uffi’s Kitchen. “My husband supports and encourages me to pursue my business and take it to the next level,” Uffaq said.  “My girls are very fond of Kashmiri food and prefer homemade food cooked by me rather than eating out. They love their Batte–syun and homemade Zaamut Doed (Curd).”

Personally, Uffaq was always fascinated by food. “I loved trying different cuisines from around the world with different flavours and textures,” She said.

In Los Angeles, Uffaq said she was amazed to see cuisines from around the world available with Wazwan as an exception. It made Uffaq think about doing something to bring the rich Kashmiri cuisine to the US. That is how Uffi’s Kitchen was born.

“I started by catering for a Kashmiri family party and I got an overwhelming response as all the guests there, loved the food,” Uffaq remembers.

Ever since Uffi’s Kitchen has been catering and shipping Kashmiri food to different states within the United States. What began as a hobby with a small WhatsApp group has now grown into a full-fledged business. Uffi’s Kitchen now caters to Kashmiri Wazwan, Harrisa, Kashmiri Pickles and Kulchas.

Initially, she was catering only locally. Since August 2018, she has been shipping food throughout the US. “This was possible because of the phenomenal postal service that we have here,” she said.

Uffi’s Kitchen has now shipped food to almost all the 50 states in the US and now has a base of more than 350 customers, which includes Kashmiris, Indians, Pakistanis and also Americans.

She said her Harrisa has been especially popular. “We sell a lot of Harrisa during winter months and especially at Thanksgiving, which is an American fall holiday,” she said. “Amongst many of our clients, it has become a regular tradition to have Harrisa brunches the morning after the Thanksgiving dinner. Our clients sometimes tell us Uffi’s Kitchen is the Aali Kadal of the US for Harrisa.”

During the amorphous years of Uffi’s Kitchen, Uffaq said she did all the work herself as she could not afford workers. Now she has a few workers.

Uffi’s Kitchen keeps on offering different promotions and packages for its customers. In 2018 during the Thanksgiving time and winter months, Uffi’s Kitchen offered Harissa bundle packages, with Wazze Seekh Kabaabs, Wazze Kokar, Tabakh Maaz and named the different packages as The Kaenz, The Kaab, The Deachwaer and The Daeg. People loved the concept and it became a huge success.

Another of her super-hit food is Kashmiri mixed vegetable Aanchar. “My customers tell me the aroma and flavour of the Aanchar takes them back to Kashmir,” she said.

The elder generation of Kashmiri Americans is very familiar with Kahmiri food and Wazwan. Some of them ensure they fly home once a year or in two years. The younger generation, however, is getting familiar with the specific cuisine with the help of Uffi’s Kitchen.

Uffat is leveraging the fusion cuisine that is already a rage. The fusion cuisine has unlimited possibilities – combining elements of one cuisine with another (Italian and Kashmiri) or devising delicious mash-up of two iconic dishes (Pizza and Ristas), these super creative dishes take food fusion to a new mouth-watering height.

“We tried to employ this concept of food fusion as a means of subtly introducing Kashmiri food concepts and dishes to the generation of Kashmiris born here, using the names of the foods they know,” Uffat said. “We did this for the Super Bowl game, American Football, in 2019, which is like the Cricket World Cup here.”

Instead of burgers, however, Uffi’s Kitchen offered chicken patties, Hareesa bites and Shaami Kabaab burgers, French fries were replaced with Nadir Monje. Pizza was refurbished with Kandert Tchot as a base, topped with crumbled Tchaaman and Tamatar and thin slices of Ristas and Goshtabas. The fettuccine was given a very interesting twist – it was smothered in Yakhni with Goshtabas. The chicken wings were replaced by Waazeh Kokar wings. Wazze Seekh Kabaabs were put in hot dog buns with Gandeh Tchyout (Pickled onion).

“My customers, especially their children thoroughly enjoyed the fusion dishes,” she said. “It is very heartwarming to see the new generation of Kashmiris here getting introduced to the Kashmiri food and loving it.”

There has not been any clear statistics about the population of Kashmiris in the US but conservative estimates put the number of families at around 1200. These include both Muslims and Pandits. More Kashmiri Pandits live in the US than Muslims. However, the cultural affinities that the Muslims have with other south Asian expatriates make it possible demography in which an ethnic food chain or an apparel outlet can successfully operate.

Uffaq says her kitchen is not only about cooking, but running and maintaining a successful and sustainable business, developing friendly life long relationships with customers, finance and account management, inventory management, bookkeeping, which are the important facets of running any business

In 2020, due to the pandemic, the whole world felt effects, small and medium businesses like Uffi’s Kitchen were hit hard. But that did not discourage her at all. “I stayed positive through all this, although the sales were sluggish, but it didn’t stop me or discourage me,” she said. “Uffi’s Kitchen gave me a hands-on experience of running a successful business, and it made me into an accomplished entrepreneur.”

Unfortunately, Uffaq was diagnosed with cancer last year. But that has not dampened her spirits. “Positive attitude and support from my family helped me in fighting it and getting back to my business and normal life.”

Uffaq is currently working on writing a series of Kashmiri cookbooks. She dreams to have an authentic Kashmiri restaurant in Los Angeles. “I am working towards it slowly and steadily. 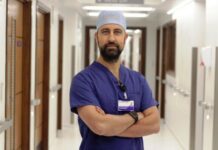 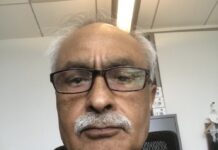 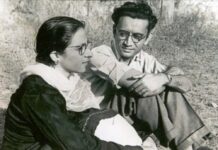 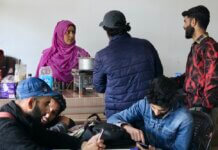 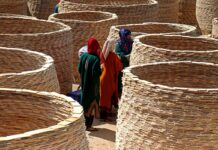